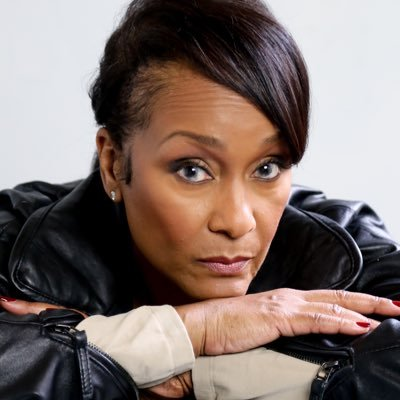 Interviews on March 10, 2019 0Likes At The Movies
ShareTwitterFacebookInstagram

ATM: With our “crabs in a barrel” society, do you think anyone can come even close or amount to William Shakespeare?

JH: Oh, my goodness. I do not think there is anyone that can get in the way of your destiny. In terms of if it is possible for someone to become the next Shakespeare? Coming out of studying this intensively and coming into the States and having my nephew turn me on to someone like Eminem, I am using him for a reason. Eminem spits like Shakespeare, but with music. We have gazillion others like Common. We have a gazillion others who do the same thing. Every generation no matter how far we moved will identify the Shakespeares of their generation. They are going to be at the next level. They are not going to be at the level of Shakespeare. They are going to be that much further along and advance. Can anyone keep you from doing this? No. None of this should get in the way of what is destined for you.

ATM: What can you reflect on the relationship between Titania and Oberon?

JH: Titania and Oberon had a love and hate relationship. As relationships are real today, there relationship was written to be real. I believe Shakespeare had his pulse on humanity. He could describe it so that’s plausible for the next person who read, describe, and act it out. Looking at reality shows today, I think Titania and Oberon were a reality show. They just did not have television back then. There was a lot of craziness and humor. This has not changed about humanity. Love and hate. There is the ego of whoever you that fights to be who you are in any relationship. There is the relationship to combine with someone else. The show is always going to be how much of me am I going to give up.

ATM: How are the dynamic relationship of immortality and mortality shown in A Madea’s Family Funeral as shown in Midnight Summer’s Dream?

JH: The moral world. When looking at my character Vianne, my son and daughter’s character – each one of them had to deal with the not so good reality parts of themselves as a human. AJ’s wife gave up her humanity to have a peaceful existence with her husband for the sake of her idealized idea of marriage. For my character Vianne, when she talks about the things, she did to keep a marriage and a roof over her and her children’s head – these were idolized conceptions for her marriage. We live in a world that is idolized. This could be called “fake,” and some could call it immortal. The struggle for each one of the struggles was dealing with humanity which is flawed vs. their idea of what would be perfect. For my character, I had to exist and endure whatever came my way for the sake of the ideal. It was nice to see Madea come in as the support and the Mother hen to all of this. She directed people to where they should go or made them think they had another direction.

ATM: Which character would you compare to the Hippolyta character?

JH: In so many ways this could be my character in the Hippolyta and Titania role. I also think we did not get a good idea of the young lady’s story who was sleeping with both brothers. There was something there that we did not flush out. Who knows? There might be more to tell in her story. For some reason, she was sleeping with two different brothers. One seemed like he was ordained for her to marry. The other seemed like someone she wanted to be with. There was a couple of these. The character who decided she was going to leave her husband at the end of the film took on a position of a very strong woman once realizing where her strength came from. This is similar to the Hippolyta story.

ATM: Hippolyta was very indecisive. She felt loved but did not know how to express it to where to lay her feelings. She was a very emotional character.

JH: I also think there is another story about the woman who was in the hotel with my husband. Why did she want to sleep in bed with my husband? This is a dichotomy. There had to be a struggle for her.

ATM: How would you relate the strong persona of Hippolyta’s father, Theseus to Madea?

JH: Hold on. Umm, she was the wise one in the setting with every single character. She came in to inform, hinted, and pushed in her way. She helped to orchestrate the family working through her issues. She wanted to see the issues come out. She wanted to see the issues being dealt with. She is also the person in the back with a bag of popcorn.  It is getting to have this energy in the part of the story to tell the story.

JH: Oh goodness. There are some many layers to this question. When preparing for a role for theatre you have time to flush out all the nuisances as you develop the character. As you spend 4-8 weeks working with the other castmates. You have a time finding out who this character is.  When doing film or television, the one thing you do not have is an audience. You have the crew who is filming you. You have the lighting and sound people. You may have a script supervisor to keep you on your lines.

You are not sure how the character is going to be perceived by the audience once it is edited. This is the obstacle of doing film. You must trust the director. Trust that the director sees and get what he wants. Trust yourself that you can get it. For me, it was a little bit discerning for me because I did not get to do a lot of takes on the stuff that I filmed. I was concerned with approaching the monologue because I did not know where to put it.

Hopefully, you have a character tell you what they want to see or want. The director talks to you for about three or four minutes about what he wanted but it was in his words. In just 10 minutes before we started shooting, this is when I realized who she was. It was in him speaking to me that let me put on her clothes. I did not have a lot of rehearsals or a lot to play off. Stage is so much bigger for the actor. You have to do so much more and more than when you are on camera. The camera magnifies everything that you do. On stage you have to demonstrate so that everyone gets it, so you do not know.

JH: You can tell when an audience is with you and when they are not. Yes, the crew becomes the camera.

ATM: How does Tyler Perry show the strengths of a black mother in this film?

JH: This is an interesting story. I believe Tyler has channeled his mother. I do not know his mother, nor have I met her. I listen to what he says when he is talking about her. I think when he puts on the roles of Madea, I think he is channeling his mother. I think it has been right under her. It was not hard for him to latch onto her strengths and the things he found to be strong in black women. Also, she presents herself as a thug, an OG. In reality, she knows in her mind what she thinks is right. This is all any mother can do. For Madea in this, she took on the role of being a mother to all the children. She had Bam and Hattie there as her chorus to second her motion every time.

ATM: How does a mother love her child unconditionally when they do something wrong?

JH: They just do. This is what mothers do. They love. Once a mother has children, in my mind, her goal is to see her child survive. Hopefully, she knows a lot of survival skills. She teaches this to them early. So, when they get to the place of choosing right from wrong, the prayer for every mother is that they used the moral guidance they have given them to make or chose the right the decision. This is all any mother can do. When they make the wrong decision, you do not stop loving your child. I do think strong mothers get the point where if the child keeps doing wrong repeatedly, they say for my sanity I have to step away from all of these you are creating.

ATM: Do you think you see this same unconditional love in a child to their mother?

JH: I do not think it is possible to see it the other way from child to mother the same view a mother views the child. The reason is that the child has not been alive long enough. The child has not had enough experience to understand they love their mother no matter what.  Some children will leave their parents and not see them for ten years. They think they are right in their arguments or differences. I do not think it is possible for a child to have the same unconditional love as a parent until the child lives for a while.

ATM: If a child has no experience and does not know what unconditional love is toward their parent, then wouldn’t this mean overall this connection is unrequited?

JH: Yes, in many ways it is. There is a saying in Chinese medicine. “When you bring life into the world, you give a part to this child.” This is something you do not get back. You slit your life force into have and give this to your child. You are talking about energy, old Chinese medicine, and acupuncture. You are giving a part of your soul to this child. It is this that creates the love, the relationship, and the attached. But yes, it is never requited.

ATM: When a child says “I love you” to their parent, do you think they are saying it because it is a societal norm? Typically, if they do not know what love is yet, then what truly is the essence of their “I love you?”

ATM I do think how your mother or caregiver loves you shape your movement throughout the world. Regardless if someone wants to admit it or not, it subconsciously appears in your behavior, language, or how you move.

JH: I agree with you. Absolutely.

ATM: Which character’s behaviour reflects how their mother might have raised them?

JH: Each person’s behavior is always informed by how their parents raised them If they are lucky enough to have their parents. So it goes without saying that each character reflects parts of what they got both from their mother and their father.