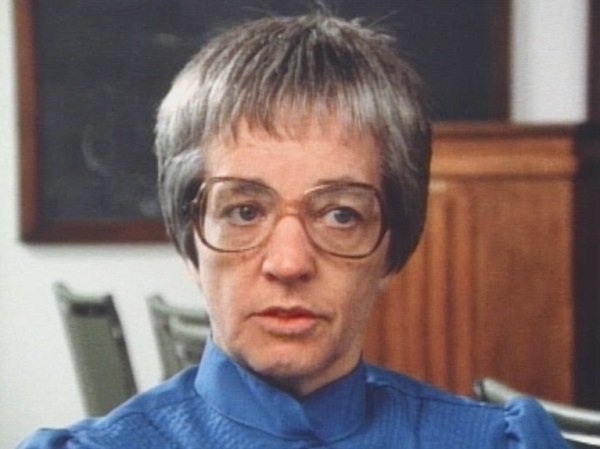 Uncategorized on May 15, 2019 0Likes At The Movies
ShareTwitterFacebookInstagram

Scholar, television writer and activist Jane Elliott discusses the beginning stages of entertainment. She grew up during a period where there was no television, so the only source of entertainment was the radio. Elliott has been associated with a lot of film and television projects geared toward tackling the racial and political issues in America. The title “The Brutality of Nations” refers to the topics raised about all areas in America and races associated with all Americas.

ATM: What are the key elements and teachings that your father and mother instilled in you that you still use today?

JE: My father said to never judge a book by its cover. My father said, “A man is judged by the company that he keeps. Keeps a silver tongue in your head. You know the difference between right and wrong. Now do the right thing, goddammit. What goes around, comes around. If that man is half as smart as he thinks he is, then he would be twice as smart as he thinks he is.” You can apply this to our president who thinks he is a genius.

JE: My mother was a casual Catholic. Whereas, my father was a believing Baptist. My mother got married at 15 when she was a sophomore in high school. This made her an outcast in her family. She had problems that most people do not have. There was not much she could teach us about morality. My dad did and he knew the difference.  He would not tell a lie.

My mother was very casual with the truth. It was hard for them. He believed in what he had been taught by his father. My grandmother on my father’s side was a cousin to boxer Gentleman Jim Corbett. My father’s father was an elected member of the Senate who was an Abolitionist. He got beaten almost to death by another senator who was in favor of slavery while my uncle was opposed. This was a wooden cane. It took him years to get back from the beaten and he never really got back all the way. From my father’s side of the family, I come from a long line of people who refuse to go along with unfairness. My dad would say, “It takes a good memory to be a good liar.” He would say this looking at my mother. My parents were extremely different from one another.

ATM: Describe your favorite room in your house when you came home from school.

JE: There was no place in the house to study. We only had electric for a few years. We did not come home to study. My favorite room in my home as a child was the kitchen. This was the most room. I was raised in poverty. There were seven children. We lived on a farm in Northeast, Iowa. We raised everything we ate. We worked hard. We did not have electricity until I was 10 years old. We never did get running water while I was home. If we wanted to take a shower while I was young, in high school, then you had to be on the basketball squad to take a shower. You did not have time between classes, after P.E class.

The kitchen was always warm. My father would get up in the morning. I would hear him singing as he got the ashes out of the shove. He slammed the covers on the iron stove. He would say, “Come on, Get up. I need you to do your chores.” He would leave a fire in the kitchen. We would get up to warm ourselves in front of the oven. We took the cover off and got warm. We went upstairs and got dressed for school. Before you got dressed for school, we took a wash pan. We used it to get water out of the reservoir. We put it at the end of the stove. Each of us took turns taking a bath. You dump the water out and gave it to someone else.

JE: You cannot imagine it, can you? We only had a kerosene lamp. There were no lights upstairs. The folks would let us take kerosene because it might burn the house down. I almost did this one day. I should have known better. There was no bathroom. You had to go outside, down a path, behind the house, down next to the sheep fence. During the winter this was not a lot of fun. Also, during the summertime because of the flies. This is not about racism. When you get to be my age and raised the way I was, you have a small amount of sympathy for people who have electricity, running water, and a ride to school. We walked to school. We walked an eighth of a mile. During the winter this was a very cold eighth of a mile. We also walked home after school.

ATM: Take me back to when the radio was a prime source of information and communication.

JE: The radio was the most informative thing and food in our lives. We had a battery-operated radio. The battery wore out. Often times, we did not have the money to buy a battery. We listened to things you could not imagine. There soap operas and music on the radio. There was five of us at the time. The other two came after this. We listened to a song on the radio. My mother played it on the piano. We all sung while she played. She had never taken a lesson, so it was interesting. My two sisters and my young brother and I all sang with the same voice. We sang lovely and together. We were good enough because people would call for us to sing at their events. The radio was our entertainment. When you listened to Tom Mix on the radio, you could picture in your mind everything that is happening. Kids do not make pictures in their minds anymore because they watch it on television. We spent a lot of time picturing what happened on the radio.

ATM: As a woman during your adolescent years, what was your perspective of love?

JE: We only had white male teachers. I was infatuated with every male teacher. I did not like any of the boys I was going to school with. I thought they were all just dumb. I did not think the young or old boys were attractive. The reason I was crazy about the teachers was that most of them were veterans of the 2nd World War. They came back from this horrible war from the G.I Bill. Instead of going into business, science, or someplace to make a lot of money, the teachers chose to come to teach adolescent people in high school. We did not know anything. The men who went through the 2nd World War knew things.

They tried to teach us. I will never forget Bob Wolfe, who was our principal. He was also our government teacher. He was a tall man. He came home from the war and went to schools for 4years on the G.I Bill. I could remember him standing in the classroom. He pulled out the bottom drawer to put one foot on to align his spine. I could still see him. He said, “I will never fight in another old man’s war and neither will any of my sons.” I thought this was not very patriotic. I grew up and he was right. This was an old man’s war and could have been avoided. The people who suffered were the young men. These young men were eager to die. They came back in coffins or ambulances.

If this man starts a war, then I suggest they send the people who are in the House of Representatives, in Court, and Justice System to fight it. All these people have lived their lives. Young people from the ages of 18-24 have not. Let someone who already had the joy of marrying someone whether they are same sex or not and having the joy of giving birth to a child. There are way too many veterans in the House of Representatives, Senate, and Supreme Court. If they are going to start a war, then let them fight it.

ATM: Michael Moore recently had a film called Fahrenheit 11/9. He asked people who are associated with making the rules if they would send their children to the army. They walked past him like he was not there. The people who are enforcing wars. Their kids are not even representing what is being enforced.

JE: Our president got a deferment because he got something on his heels. He used to as an excuse for not going to the military. Do not tell me about the unfairness of war. When you send young men to fight it. While old people make the decisions to go. I have grandsons who are old enough to the next one.