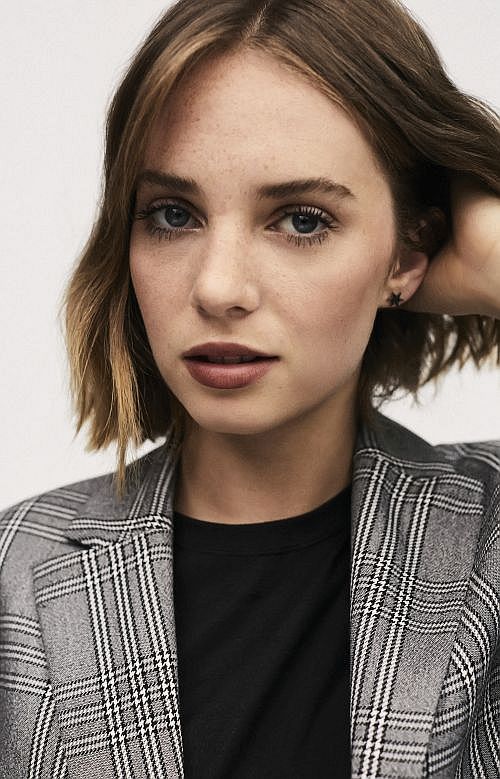 Uncategorized on November 26, 2019 0Likes At The Movies
ShareTwitterFacebookInstagram

Maya Hawke (“Stranger Things,” One Upon a Time… in Hollywood), Charlie Plummer (Lean on Pete, “Looking for Alaska”) and Andrea Riseborough (Nancy, Battle of the Sexes) will star in Amanda Kramer’s (Ladyworld) Please Baby Please.  The author and theater veteran will direct the romantic odyssey, which Rob Paris is producing under his Paris Film Inc. banner alongside Gül Karakiz Bildik.  Kramer co-wrote with Noel David Taylor. CAA Media Finance is handling sales and arranged the financing.

After witnessing a murder in the gritty streets of a surreal 1950’s Manhattan, newlyweds Suse and Arthur become the dangerous obsession of a greaser gang that awakens a sleeping quandary into the couple’s own sexual identity.

Hawke reunites with her Ladyworld director Amanda Kramer. She currently stars in Netflix’s Golden Globe® nominated series “Stranger Things” and previously starred as Jo March on the BBC and PBS’ TV mini-series “Little Women.”  Her film credits include Quentin Tarantino’s One Upon a Time …  in Hollywood for Columbia Pictures.  She recently wrapped production on Gia Coppola’s Mainstream opposite Andrew Garfield.

Plummer starred in Lean on Pete for which he won the Marcello Mastroianni Award for Best Young Actor at the Venice Film Festival and in Ridley Scott’s Academy Award® nominated All the Money in the World.  He currently stars on Hulu’s “Looking for Alaska” based on the beloved book by John Green alongside Kristine Froseth. He has also completed production on Thor Freudenthal’s Words on Bathroom Walls alongside Taylor Russell and AnnaSophia Robb and in Brian Duffield’s Spontaneous with Katherine Langford.

Paris Film, Inc.’s recent credits include The Last Laugh starring Chevy Chase and Richard Dreyfuss for Netflix, The Blackcoat’s Daughter for A24 and I Am the Pretty Thing That Lives in the House for Netflix.