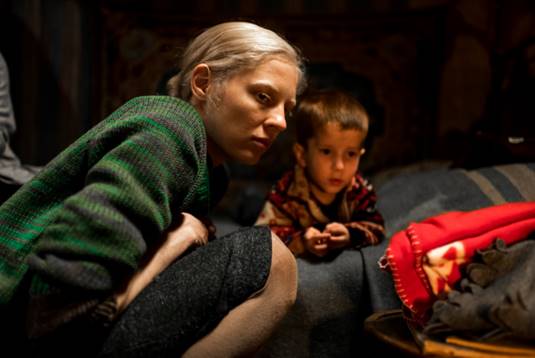 Sneak Peaks on December 5, 2019 0Likes At The Movies
ShareTwitterFacebookInstagram

KINO LORBER has just launched the official trailer for Beanpole, which will be released in New York on January 29th and Los Angeles on February 14th, expanding to select cities nationwide. The film, directed by Kantemir Balagov and produced by Alexander Rodnyansky, is Russia’s submission for the Academy Awards® this year.

Beanpole made its World Premiere to rave reviews earlier this year at the Cannes Film Festival, where Kantemir won the Un Certain Regard Best Director Prize, and has since premiered at TIFF, NYFF, LFF, AFI and many more.

In immediate post-WWII Leningrad, two women, Iya and Masha (astonishing newcomers Viktoria Miroshnichenko and Vasilisa Perelygina), intensely bonded after fighting side by side as anti-aircraft gunners, attempt to readjust to a haunted world. As the film begins, Iya, long and slender and towering over everyone—hence the film’s title—works as a nurse in a shell-shocked hospital, presiding over traumatized soldiers. A shocking accident brings them closer and also seals their fates.