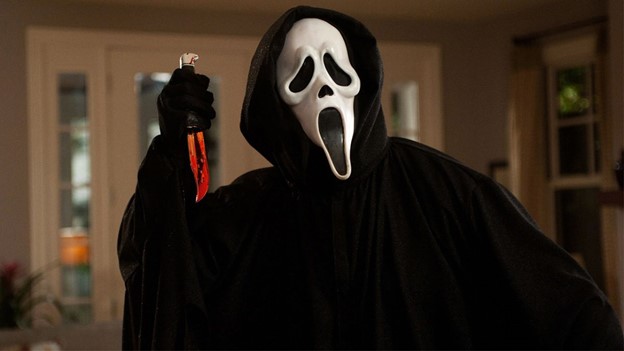 On December 20th, 1996, the first Scream film was released to the public with glowing responses. It was praised for its intelligence and jumpscares, and not becoming a morbid dud compared to the half-baked horror sequels produced in the 1980s. Many horror franchises were in decline back in the day, and the titular franchise was credited for changing the success of how the genre would become embraced going forward. Halloween, A Nightmare on Elm Street, and The Texas Chainsaw Massacre franchises dropped in quality because of the insistence on further installments (which would handicap their success).

The first film started brilliantly with a beautiful ten-minute sequence tracking Casey Becker as she answers a call from an unknown person who talks to her about horror films. It becomes sadistic as he threatens her and watches her boyfriend get murdered in front of her on the patio. The individual turns out to be a masked assailant who kills her and hangs her corpse. The film follows an intriguing development over who the killer is, and the result is a bloody good time.

The sequel was also well-received, despite being much more bloody and violent than its predecessor. The third film, Scream 3, was arguably the worst due to the satire going out of control to become silly and contrived. It was also when the horror film genre was in a peculiar spot as The Blair Witch Project was released a year earlier, and the Ring and Audition films were competing for fan’s attention. When the third installment was released, it felt like it hit the same notes that doomed other horror franchises. Some even thought that the screenwriter, Ehren Kruger, didn’t capture the tone of the previous films.

Fortunately, the fourth installment was a small comeback, but it still suffered from some cliched techniques and lack of scares. It brings back the three surviving characters: Sidney, Gale, and Dewey. They’ve aged, and the next generation comes in to join them in being hunted down by Ghostface.

The franchise is known to have spawned many instances of the “Ghostface” persona, resulting in a popular costume for the celebration of Halloween and other horror films. A lot of the humor in 2000’s Scary Movie comes from the first installment, and Scream holds a place of recognition in being one of the best high school slasher films in the past 30 years.

Meanwhile, a fifth installment is slated to be released in 2022. Filming commenced in September last year and will be a direct sequel to Scream 4. It will also be the first film in the series not to be directed by Wes Craven, considered the “Master of Horror,” and was responsible for this series and the Freddy Krueger one. David Arquette, Neve Campbell, Courteney Cox, Roger L. Jackson, and Marley Shelton all reprise their roles. One can only hope this can be a solid conclusion (even if there are rumors of a sixth one in place). Overall, the series may not be the best or the most recognized, but it holds its place in the canon of horror movies and will continue for the foreseeable future.

Bassam Tariq Steps Down As Director for ‘Blade’ Reboot