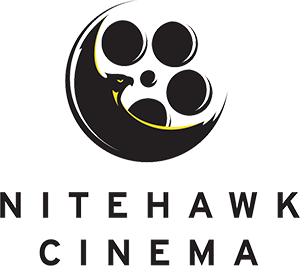 Uncategorized on September 21, 2021 0Likes At The Movies
ShareTwitterFacebookInstagram

Nitehawk Cinema announces today their official relaunch following their closure due to the pandemic. The relaunch, occurring at both Nitehawk locations of Williamsburg and Prospect Park, will feature the return of beloved film series, as well as the debut of new and exciting ones, as well as film festivals, and all manner of first-run indies.

It goes without saying that Nitehawk will take every precaution to keep customers safe during these unprecedented times, including requiring customers to provide proof of vaccination before entry. Children under 12 will still be admitted but must wear a mask, though they can remove it once seated with food and drinks. Face masks are also required at all times unless seated for eating and drinking; Nitehawk staff will wear masks at all times and are following strict protocols.

This relaunch is highlighted by the hiring of two new programmers to join Woods in achieving his overall vision for the theater: Cristina Cacioppo and Desmond Thorne. Both Cacioppo and Thorne bring with them diverse film tastes and rich histories of programming prowess to both theater locations. Cacioppo most recently programmed for the Alamo Drafthouse Theater in Downtown Brooklyn, where she oversaw the repertory programming and spearheaded new film series and events. She has been a film programmer in NYC for the past two decades, having previously headed up the 92nd Street Y’s Tribeca film program. She is the co-director of the New York Branch of the Miskatonic Institute of Horror Studies, has an ongoing column, “The Outskirts,” for Screen Slate, and has written on occasion for MUBI. Thorne worked on the Programming Team at NewFest: NY’s LGBTQ Film Festival for three years, as both a festival programmer and a consultant for their year-round programming. Thorne is also a filmmaker and host of the Amanda Seales-produced podcast, “Adventures in Black Cinema.”

“Joining the Nitehawk team has me in such incredible company. The alchemy of Desmond, John, and my distinct tastes melds together perfectly, and we’ve only just gotten started,” says Cacioppo of the new collaboration.

Nitehawk Cinema boasts the return of some of their beloved series and film festivals, as well as the debuts of a few new ones. Mainstay series include ‘Anniversary Party’ (screening films on the anniversary of their theatrical release) which will feature the 20th anniversary screening of the film that inspired the series name, THE ANNIVERSARY PARTY, followed by a Q&A with co-director/star Alan Cumming, ‘In Case You Missed It 2020’ (films that might have slipped under your radar during COVID),  and ‘Weekends with Wes’ (a brunch journey through the oeuvre of Wes Anderson). Many of the theater’s original series will return as well, including ‘Live Sound Cinema’ (your favorite films with a live-orchestra soundtrack), ‘Music Driven’ (the latest music-focused features and bonafide classics),  ‘Spoons, Toons & Booze’ (your favorite cartoons with an all-you-can-eat cereal bar), ‘No Budge’ (a partnership with the streaming platform, bringing focus to emerging filmmakers), and ‘Future of Film is Female’ (a partnership with the non-profit organization that amplifies the work of all women and non-binary filmmakers).

The new programmers bring with them fresh, new monthly series including ‘Re-Consider This!,’ a series that begs the audience to “reconsider” films that were considered “bad” upon release. Upcoming screenings include GOTHIKA (35mm), JOSIE AND THE PUSSYCATS and THE FAMILY STONE (35mm). There will also be ‘Adventures in Black Cinema,’ a series coinciding with Thorne’s podcast of the same name. Upcoming titles include TALES FROM THE HOOD, SOUL FOOD (35mm), and THE PREACHER’S WIFE (35mm). There will also be the new series ‘nostalgia, ULTRA.’ throwing it back to your favorite childhood movies from the ’80s, ’90s, and early aughts. Upcoming titles include THE ADDAMS FAMILY (1991), WHO FRAMED ROGER RABBIT (35mm), and HOW THE GRINCH STOLE CHRISTMAS (2000).