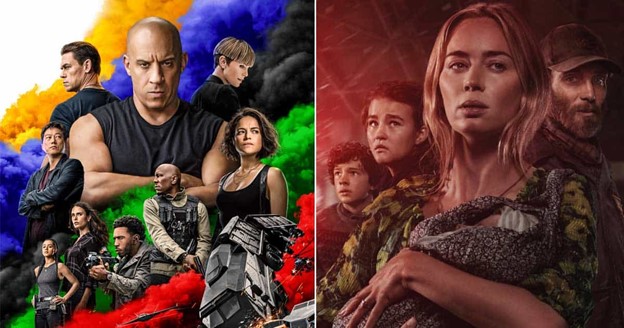 The winter holidays are upon us in 2021, and Spider-Man: No Way Home and The Matrix Resurrections are destined to break the box-office leading into 2022 (for good measures). The former has been slowly but surely providing us details of Tom Holland’s Spider-Man “Endgame” (dare I say) with former villains from past Spidey films coming back to battle onscreen. Ticket sales have erupted, which have become synonymous with Avengers: Endgame and Star Wars 9’s pre-advance sales, which is spectacular news for Tom Holland’s trilogy capper.

The Matrix will return before Christmas with Keanu Reeves and Carrie-Anne Moss coming back to (hopefully) distribute that dazzling sensation which the franchise once yielded twenty years ago. Plus, several other features releasing during the holidays like Steven Spielberg’s West Side Story and The King’s Man will make an impact.

But, news has been surfacing of a new strain of the COVID-19 virus, and that may scare some folks away from the theaters this coming holiday. The pandemic may have had its moments this year, and that positively (and negatively) assisted the box office when blockbusters came around. No Time To Die may be one of the highest-grossing films of the year, but it still will lose money due to the massive postponements it endured. The Suicide Squad is (arguably) the greatest superhero film of the year, but it became a disappointment due to several factors (plus Covid). Dune, In The Heights, Space Jam: A New Legacy, and others had significant ups and downs upon release in the public health crisis’s times.

Fortunately, there are two exceptional success stories from 2021, and it came from A Quiet Place Part 2 and F9.

The two installments were highly anticipated, even with their fair share of delays and setbacks because of the virus. John Krasinski’s first horror movie proved how the art of silence can convey meaning and spirit regarding parenthood. The (very good) sequel followed through on that even more, giving rise to the children to finally break out as their own. F9 continued the wacky over-the-top action and stunts the Fast and Furious franchise has become accustomed with for years. This time around, John Cena starred as Dom Toretto’s evil brother, and Dwayne Johnson was left out of the picture. Maybe he’ll return for the last two main installments.

Both made massive sums of money, and will be looked back at on a year that was mediocre (to say the least). But the reason both films are the gold stars of 2021 wasn’t solely because they were well-received from audiences. The reason they won is because of Covid.

But, let’s backtrack for a moment. Covid is the primary reason why every single film in 2021 did not light the world on fire at the box office. 2019 became historical while 2020 collapsed to pre-21st century numbers due to the public health crisis scaring everyone to their homesteads. So, how did the sequels manage to succeed?

Well, Anthony Liccione once said timing is everything. And thus, the reason how both features prevailed.

Back in early May after many folks got vaccinated and things quieted down sufficiently, the movie theaters were a fine place to return to. A Quiet Place Part 2 blossomed over the Memorial Day weekend, marking the biggest opening since Sonic The Hedgehog in February 2020. It would continue to hold form, even against The Conjuring: The Devil Made Me Do It and In The Heights.

F9 released in late June, where the virus was quiet enough for it to dive in and make millions of dollars. It made 70 million in its opening weekend, the highest since Star Wars 9 in December 2019. It also pushed past 500 million worldwide in record time during the pandemic, and got a great boost from China (even with John Cena’s comments/apology about Taiwan).

Their release times were impeccable and the results showed how the muted times of the pandemic can continue to pave for high success movie-wise. F9 and A Quiet Place Part 2 are the pure pandemic winners of 2021.

Even when Spider-Man: No Way Home and Matrix 4 verified they will break the box office to close out the year, the lingering effects of the pandemic (and inevitable next wave) will stack on their (ultimate) box-office journeys.