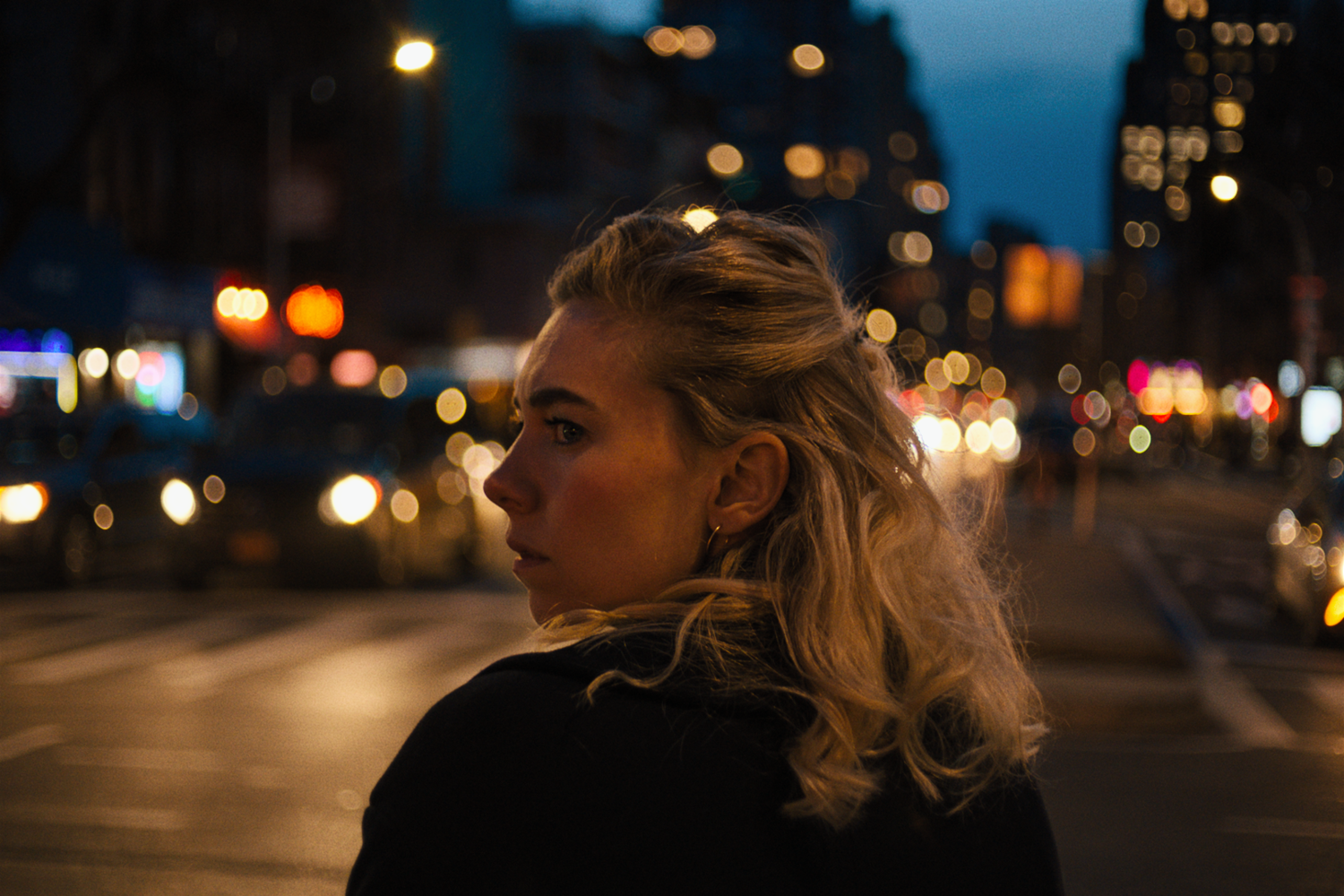 ‘ITALIAN STUDIES’ Review: Vanessa Kirby Stars As A Woman With Memory Loss In A Film Plagued With Identity Crisis

Vanessa Kirby is one of the brightest young actresses working today; whether it’s her performance in “Pieces of a Woman” that absolutely saves the film from disaster, or her trading quips with Dwayne Johnson and Jason Statham in “Fast & Furious” spin-off, “Hobbs & Shaw,” Kirby is reliably good and has shown her range in recent years. However, she is, unfortunately, unable to save “Italian Studies,” a film that she collaborated with director Adam Leon, a friend of her, and sees Kirby play a woman who is suffering from memory loss whilst roaming the streets of New York City. She comes across some teenagers that she is fascinated with, and from there, we have a film that is supposed to be about self-identity, yet it feels just as confused as the main character.

The biggest issue with “Italian Studies” is that it’s not entirely clear why Alina (Kirby) has memory loss. This was a decision by the director to just throw the audience right into things, but it probably seemed like a better idea on paper. A lot of “Italian Studies” feels like a Safdie Brothers film, with plenty of zoomed-out shots of Kirby as she walks through the streets of New York City or sits on a stoop (pictured below). But there is no gambler addicted to the chase or Robert Pattinson to be found, and the framing is about as close as the film gets to the Safdie Brothers.

Kirby should be applauded for her performance; Alina is a frustrating character to watch (more on that later), but it’s not as if Kirby isn’t good. When she is asked a question such as “What is your name?” or “Why are you in New York?”, the realization that she has no clue why or where or how she is in New York City runs across her face with such innocence. There are some talking heads with the teenagers seen in the film, mainly asking about their journey of self-discovery, but it’s not entirely clear if this is in-character or candid. You can hear Kirby’s voice off-screen asking the questions, but how did she get a professional set up all of the sudden? Perhaps this all takes place after she regains her memory at the end, but these talking heads are sprinkled in throughout the film, never making it entirely clear what they are.

But the frustration of Alina as a character is also what makes “Italian Studies” so frustrating. There are numerous instances where Alina orders food in some capacity and then comes to the realization she doesn’t have money on her. Obviously, she has memory loss, but does memory loss come with an inability to feel the weight of your pockets and realize nothing is in there? I wouldn’t put it past her character to just leave her purse sitting out in the streets, she did that with her own dog early in the film, but I just find it hard to buy the fact she didn’t feel anything in her pockets. If I put my wallet in my front pocket in a hurry after paying the bus fare of being in a crowded line, I then give myself a mini-heart attack when I realize that there’s nothing in my back pocket. Alina also just flat-out steals food at one point, which sure, she was hungry, but there aren’t any punishments for her actions. The whole middle of “Italian Studies” just meanders, making it feel like a concept of a short film — that could be quite brilliant — being stretched out to a feature-length runtime.

Self-identification is a powerful theme when explored correctly. “Italian Studies” looks great in terms of its filmmaking and has another solid performance from Kirby, but it feels like a film that a filmmaker like Martin Scorsese or the Safdie Brothers — not to throw them into the same category per say, they just both make character-focused films set in New York City — would absolutely nail. Adam Leon gave it his best try, but unfortunately, “Italian Studies” is as forgettable as its lead character.

“Italian Studies” will be released by Magnolia Pictures in theaters and on demand on January 14.