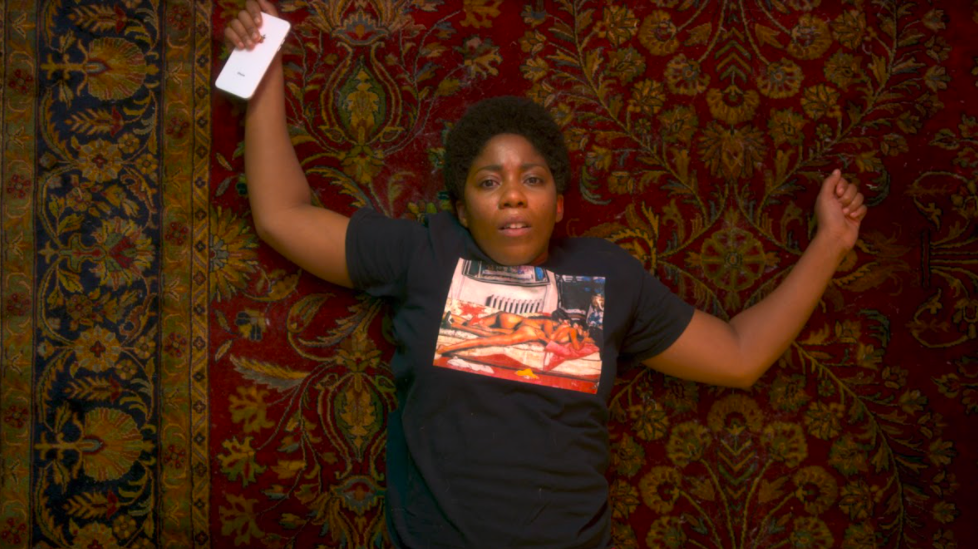 Festivals on February 1, 2022 0Likes At The Movies
ShareTwitterFacebookInstagram

Now in its eighth year, the Nitehawk Shorts Festival has become a bonafide home for the independent short film community. This year’s installment, taking place from March 2-6, will feature over 60 short films, with filmmakers in attendance for Q&As, including many based in New York City. Continuing its mission to represent diverse backgrounds, voices, and perspectives with our selection of exceptional short-form films, female-directed films make up a majority of this year’s festival program.

There will be six programs in this year’s festival, including Opening Nite, Music Driven, Midnite, Matinee, NoBudge, and Closing Nite. Opening and Closing Nite shows will take place at the Prospect Park location, with post-screening parties hosted in the Trees Lounge bar. Music Driven, Midnite, Matinee and NoBudge will be at the Williamsburg location.

“We have been eager to get the Nitehawk Shorts Festival back up and running, since it has become such an important part of the special programming we do,” says Cristina Cacioppo, Nitehawk Cinema’s Director of Programming. “It has been energizing to see such a variety of outstanding work come through submissions.”

Each program features an eclectic mix of genres, with several World Premieres including NSF alumni Amber Schaefer with NYC Tips and Tricks, about an aspiring vlogger whose attempts to capture Coney Island attractions are foiled by parental duties, as well as Sam and Trip Cullman’s The Soldier, a film made during quarantine featuring a resourceful four-year-old taking care of himself in the middle of nowhere. The Music Driven program will include music videos by noted directors Yann Gonzalez (Knife+Heart) and Alex Ross Perry (Her Smell) as well as Fear on SNL, a look at the time John Belushi invited punk band Fear to perform on Saturday Night Live by Jeff Krulik (Heavy Metal Parking Lot).

For the NoBudge program, filmmaker Kentucker Audley serves as co-programmer, highlighting works created with the most miniscule of budgets. The Midnite program serves the after-dark crowd with several tales of the horny, including two pandemic era sex-panic films, the fantastical animation Are You Still Watching? by Australian duo Tali Polichtuk and Kitty Chrystal, and Puss, an imaginative portrayal of desperation by Leah Shore. Matinee program highlights include two coming-of-age stories (Hello from Taiwan, AmeriGirl) and A Ship from Guantánamo, an innovative documentary that looks at an artist working with limited resources while imprisoned. For Closing Nite, several personal stories set the tone including first time filmmaker Vicky Lee, who creatively looks back at her young self for In Loving Memory (of Who We Used to Be) and Todd Karehana with Night Ride, exploring his relationship with his mother as he accompanies her on visits to stray cats.

As always, the Nitehawk Shorts Festival celebrates its filmmakers with an Opening Nite Party, and will culminate with a Closing Nite Party on March 6th where festival winners will be announced. Prizes this year are generously provided by Heard City, Irving Harvey, Grado Labs, Boris FX, Nice Shoes, AbelCine, Volunteer Lawyers for the Arts, and Vimeo. Drink specials inspired by a selection of shorts will be available at the parties and screenings.

Full program will be listed on February 9th, when tickets go on sale, here: https://nitehawkcinema.com/NSF22/