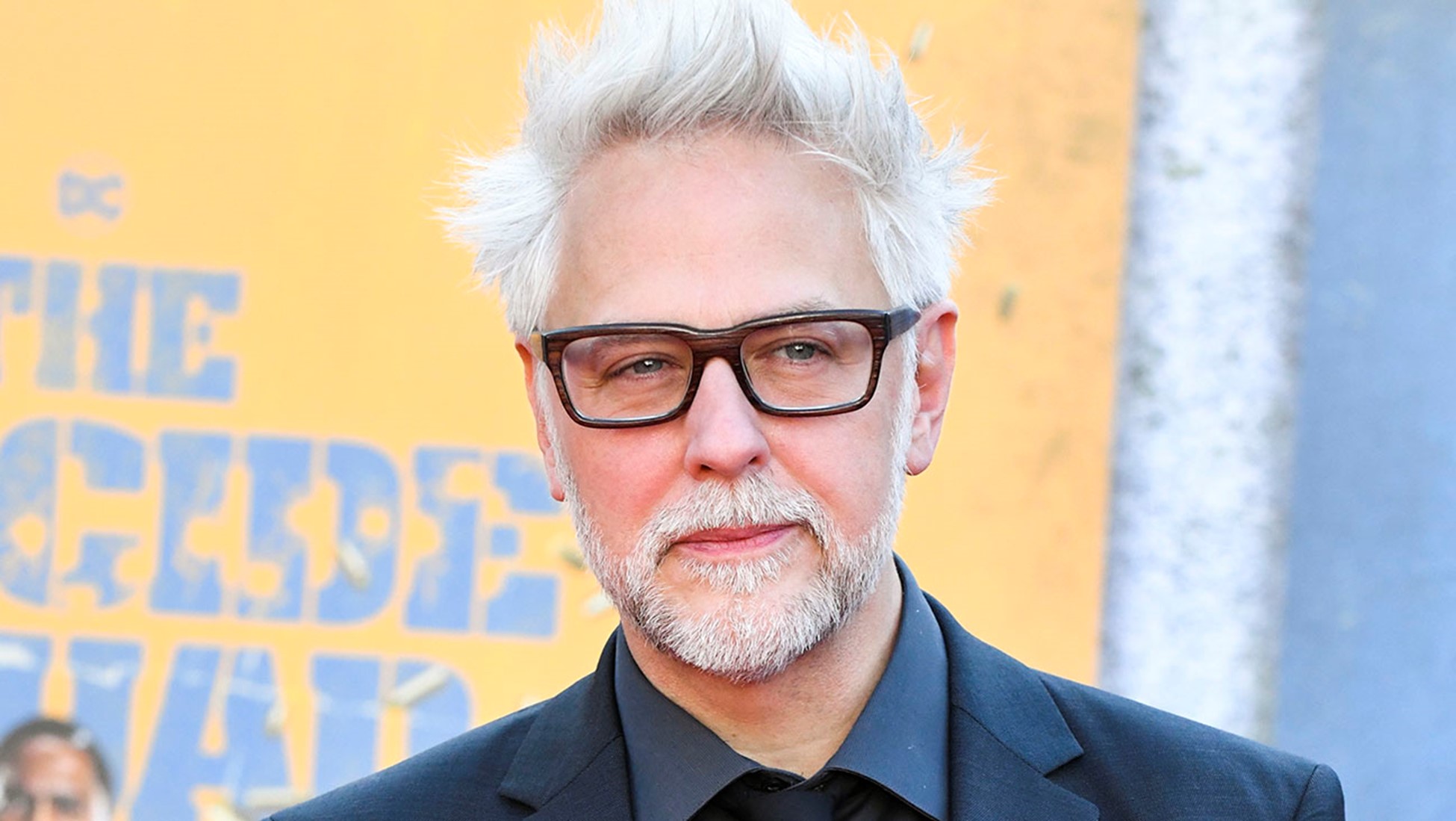 Marvel Studios/DC film director, James Gunn, has been involved in the superhero, comedy, and horror genres for his entire career. He has built up an impressive resume despite directing only five feature films. But he has been involved in making of several other movies, such as sticking as a writer for the Scooby-Doo theatrical films (in 2002 and 2004), Dawn of the Dead, The Belko Experiment, and producer for Brightburn. Plus, he created the Peacemaker series (a spin-off of The Suicide Squad), which has received massive praise for Gunn’s writing and direction, and John Cena’s central performance (with a second season on the way after an enormous viewership on HBO Max).

Here are his five films ranked:

Arguably the most outlandish (and borderline offensive) of his selection, Super offers up a low-level take on one man’s misfortune and what entails the responsibility of becoming a vigilante. The Office’s Rainn Wilson acts a Frank Darbo, a short-order cook with his personal life spinning out of control as his wife gets hooked on drugs by a local strip club owner (played by Kevin Bacon). Believing he receives a message from God, he dons a costume and refers to himself as “The Crimson Bolt.”

It’s ridiculously hilarious to see him wield a monkey wrench to go around beating up convicts and drug dealers. Still, it’s too wacky within the context of Frank’s dejection (and divine enlightenment). His “eventual” sidekick, played by Ellen Page, comes in for more absurdity and comical moments but leads to odd characterization and a polarizing scene between both leads before the third act. On top of that, it comes to a finale that becomes more preposterous and jarring than necessary, leaving audiences to become lost in the fog of what kind of film they’re witnessing.

At least not all is bad, as it’s a focused feature with satire, gore, and black comedy. The opening credits are delightfully colorful. And Nathan Fillion as The Holy Avenger is a plus.

It’s a very humoring film at over 90 minutes, but it sits at the bottom of Gunn’s features (even if it’s not all too bad).

Gunn’s directorial debut offered a modern horror feature with genuine unsettling and hilarious moments. Paying homage to The Thing and Shivers, the story of Slither follows an individual named Grant (Michael Rooker) that becomes infected by an alien parasite in the forest that controls him, utilizing his body to spread more worm parasites around town to take control of others.

As the leads, Nathan Fillion and Elizabeth Banks are an intelligent choice, and they discover all kinds of disturbing moments with the aliens and their desires. The special effects, tone, and premise all maintain a dark atmosphere along with a sprinkling of funny lines. Witnessing the monstrosity that Grant and others become are sure to crash folks’ dreams, and Slither promised that James Gunn had a winner on his hands.

If one encounters an alien species in a forest, it’s best to slither away before they get you.

Time to move over to the superhero tracks.

The second ride with our intergalactic, zany group of heroes is pretty dang fun. After saving the galaxy by thwarting an enemy with an Infinity Stone in the first go-around, this time, the Guardians still are learning the boundaries of working with one another while stumbling across Peter Quill/Star-Lord’s biological father, Ego. Several of them travel to Ego’s home planet while the rest stick behind to deal with Yondu Udonta and his Ravagers. Throughout this adventure, they learn that as family is close, enemies are even closer.

What makes Vol. 2 stand out is Gunn’s insight into several characters. Sure, we still get the laugh-out-loud moments and emotional core with the group, but Gunn elevates it to another level than most sequels out there by giving reason and vibrance. Quill gets to spend time with that father figure that has been absent for him as he grew up. Gamora and Nebula learn to cast aside their differences and hatred and bond as sisters in the end. Drax and Mantis have an oddball but subliminally touching relationship. Baby Groot is precious. And the character of Yondu gets the ultimate redemption arc by recognizing his failures and woes and trying to motivate Rocket the Raccoon to not fall into the same trap as he once did and accept this family.

The music, visuals, and tone are all superb once again, and Kurt Russell’s Ego is a significant step up as the villain (not precisely spoilers) this time compared to the forgotten nature of the first.

Even as a sequel, it still has its blunders, most notably with Gunn cramming in a little too much once the second act kicks in. The space opera battles and exposition evoke repetition, to the point that Gunn’s sequel feels more institutionalized than a fresh outlook. A helpful analogy is that riding a cool rollercoaster can be marvelous the first time, but the second time diminishes that experience (slowly but surely). Hence, the reason why Vol. 2 lands below its predecessor. Still, even in a world where many of us criticize sequels, this one contains more heart than most offered out there.

#2 Guardians of the Galaxy

Speaking of Guardians, the first one takes a respectable 2nd place on this list. Some can argue that it does deserve the top spot, and it may win that argument. Even in this spot, Guardians of the Galaxy is one of the most vibrant, funny, and eccentric superhero films of all time.

Some of us were initially worried this movie would falter as no one had even heard of the group (as the Avengers was more popular). James Gunn stepped up after Super had not pleased most of us a few years prior and delivered a revitalizing confection of popcorn entertainment. 1970s music? Check. Fun space action? Check. Some absurdly laugh-out-loud moments? You bet. Oh, and you got a freaking raccoon and tree that talk and steal the show (I am Groot forever).

Remember Andy from Parks and Recreation? Not here, because Chris Pratt burns down all those calories with rock-hard abs and hilarious performance. Zoe Saldana shows off her sleek tricks as Gamora and Dave Bautista blow us away with Drax. The cinematography, special effects, and designs feel genuine and flamboyant, and the music incorporates that nostalgic, jolly texture. So when you have a lighthearted film, everyone can find joy in appreciating one aspect of it.

The only bad things to say about this feature are the lack of screentime for some added-on characters and the villain staying as forgettable as several of our American presidents. Those nitpicks pushed aside, and this is a fun film always to have a blast when watching.

That statement has multiple meanings because it is redemption for DC and James Gunn. Years before this came into existence, Gunn was fired from Disney after his controversial tweets leaked online from a political representative. And in 2016, DC’s first attempt with the Suicide Squad team became an abysmal ride of a film due to a floundering direction, thinly written characters, and flagrant-pandering action and effects. So, Warner Brothers took it upon themselves to snatch Gunn to helm a new Suicide Squad film. And boy, did he deliver.

Gunn gets to revel in a pulpy, gory direction that allows the film to shine brighter on all fronts and is what SHOULD have been the experience the first time back in 2016. Gunn promises that no one is safe, which proves true within the first twelve minutes of the feature. He then takes a calculated approach with a second group of “Task Force X” and allows them to infuse personality and substance in their roles. Idris Elba, John Cena, and a returning Margot Robbie steal the show, alongside Daniela Melchior and David Dastmalchian in their respective roles. Additionally, you got the cutest-looking, deadliest man-shark voiced by Sylvester Stallone, and it’s buttloads of fun and ultraviolent chaos as we come to care and love these anti-heroes.

The soundtrack is fun like in all of Gunn’s works, the direction works wonderfully, and the themes of Western imperialism and American foreign policy radiate subtly. Instead of being confined to studios’ management, Gunn gets to tell the story he wants freely, and it triumphs in almost every aspect that epitomizes his fun, heartfelt, and violent stylistic. The painted expression on any viewer is guaranteed to change multiple times throughout the runtime. If anyone needs proof, Starro the Conqueror’s presence will make the feature not only more violent but somewhat disturbing.

It’s arguably the best DCEU film (rivaling Wonder Woman and Shazam!) and one that sometimes demonstrates when subverting the genre; it brings out the best result. Gunn had the perfect comeback for his career and got to follow up with the spectacular Peacemaker spin-off series as he and John Cena double down on the fun and chaos once again.

Take the time to witness both; you will not be disappointed.

And best of luck to James Gunn for Guardians of the Galaxy Vol. 3 and his future works.