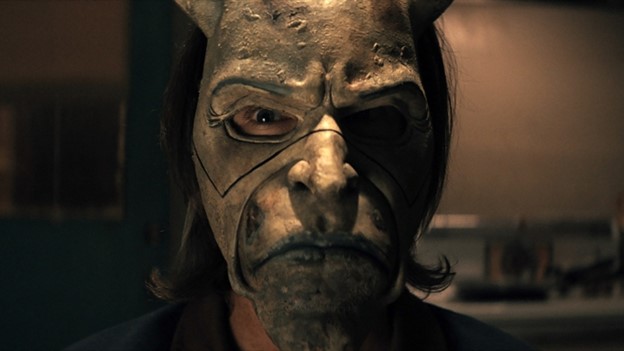 HOT TAKE: ‘THE BLACK PHONE 2’ COULD VERY WELL DISAPPOINT, LIKE ‘DON’T BREATHE 2’ AND ‘IT CHAPTER TWO’

Another Independence Day weekend has passed, another tribute to the founding fathers. Top: Gun Maverick has continued to pull monstrous legs, which may fade with the release of Thor: Love and Thunder this coming weekend. Minions: The Rise of Gru overperformed in its opening weekend, and Jurassic World Dominion will inch as close as possible to $1 billion.

Meanwhile, Scott Derrickson’s The Black Phone has done a fine showing, coming up on $85 million worldwide (probably by Friday). A solid word of mouth from critics, a B+ from CinemaScore, and marketing of Derrickson’s name after his work on Doctor Strange and Sinister led to an admirable debut in a heatstroke of summer competition. It should be passing $100 million sometime by Sunday night/Monday, but we’ll see how well the latest MCU feature sways audiences towards its direction. Again, some prefer a pleasant spine-tingling, low-budget sensation to a bombastic blockbuster with overstuffed special effects and a lack of rudimentary storytelling.

However, on that note, Derrickson recently commented he liked Joe Hill’s idea for a sequel and wished to pursue it once his latest horror picture garnered enough interest. It indeed has by now, and this may be the most frightening tale since Don’t Breathe 2 and It Chapter Two when those attempted to sucker audiences back in with a “you enjoyed the concept the first time, here’s a limping follow-up” tactic.

Granted, that’s not to say both horror sequels aren’t utterly terrible, but when Stephen King’s adaptation falls 33% in total grosses for its second adventure (when the first ride stands as the highest-grossing horror film ever) and Fede Alvarez’s sequel collapses 70% from its predecessor, you’ve got startling issues out of the gate.

Audiences flocked to witness Stephen King’s latest adaptation (despite Florida getting hit by Hurricane Irma). It was a fiendishly frightening chapter with an emotional ride for the children onscreen battling their demons and Bill Skarsgard’s terrifying Pennywise the Clown. It debuted at $124 million on its opening weekend, due to solid reviews and impeccable timing before the Halloween season. It legged out to $329 million domestic and $373 million internationally, topping $700 million worldwide. These are higher than The Passion of the Christ’s numbers, even around a similar budget. Fede Alvarez’s horror home invasion feature attained $26.4 million in its debut, displacing Suicide Squad at the top and earning acclaimed reviews. It earned $158 million worldwide on a $10 million budget.

Sizeable numbers for the first installments, but the same cannot be said for the sequels. It Chapter Two waned in value due to a drawn-out runtime, and excessive jump scares that became cheap and exasperating. It earned $473.1 million worldwide, despite lackluster competition for September and heavy pre-sale numbers. Don’t Breathe 2 collapsed against Free Guy in its opening weekend and never recovered due to poor storytelling choices and bizarre supernatural elements regarding the protagonist. It earned $47.3 million worldwide, a stark drop from its predecessor.

Sure, It Chapter Two was out to finish what wrapped up in It, but we could’ve gotten a more resounding product. And Don’t Breathe did not need a sequel, no matter what individual enjoyed the disturbing nature of the predecessor. So it was a clear case of studios stubbornly not looking at the overall picture and becoming enticed to do a follow-up when it was redundant.

The Black Phone 2 fits the bill because the first one ended on a beautiful note and allowed the protagonist to overcome his foils to evolve. Heck, there was no secondary plotline that unfolded to exclaim “we need a follow-up” in the future. Unless a spinoff is the cue card, there is zero rationality in pulling back Mason Thames and Ethan Hawke to duke it out again in the confines of a basement. Maybe this writer could be proven wrong, but what lengths would the sequel stretch to sufficiently work? More supernatural ideas?

Plus, the numbers would tell another story. Hypothetically, if this one released gets between $120-130 million worldwide, the sequel will already have to endeavor to trek past $100 million to stand deemed as another success. If it doesn’t, that relies on the studio sanguinely opting for a similar budget to ensure a positive return on investment (which wasn’t the case for Doctor Sleep).

Your success story is already out there Universal Pictures, Joe Hill, and Scott Derrickson; make the most of it. Or suffer the same pitfalls that already struck a multitude of horror sequels out there.