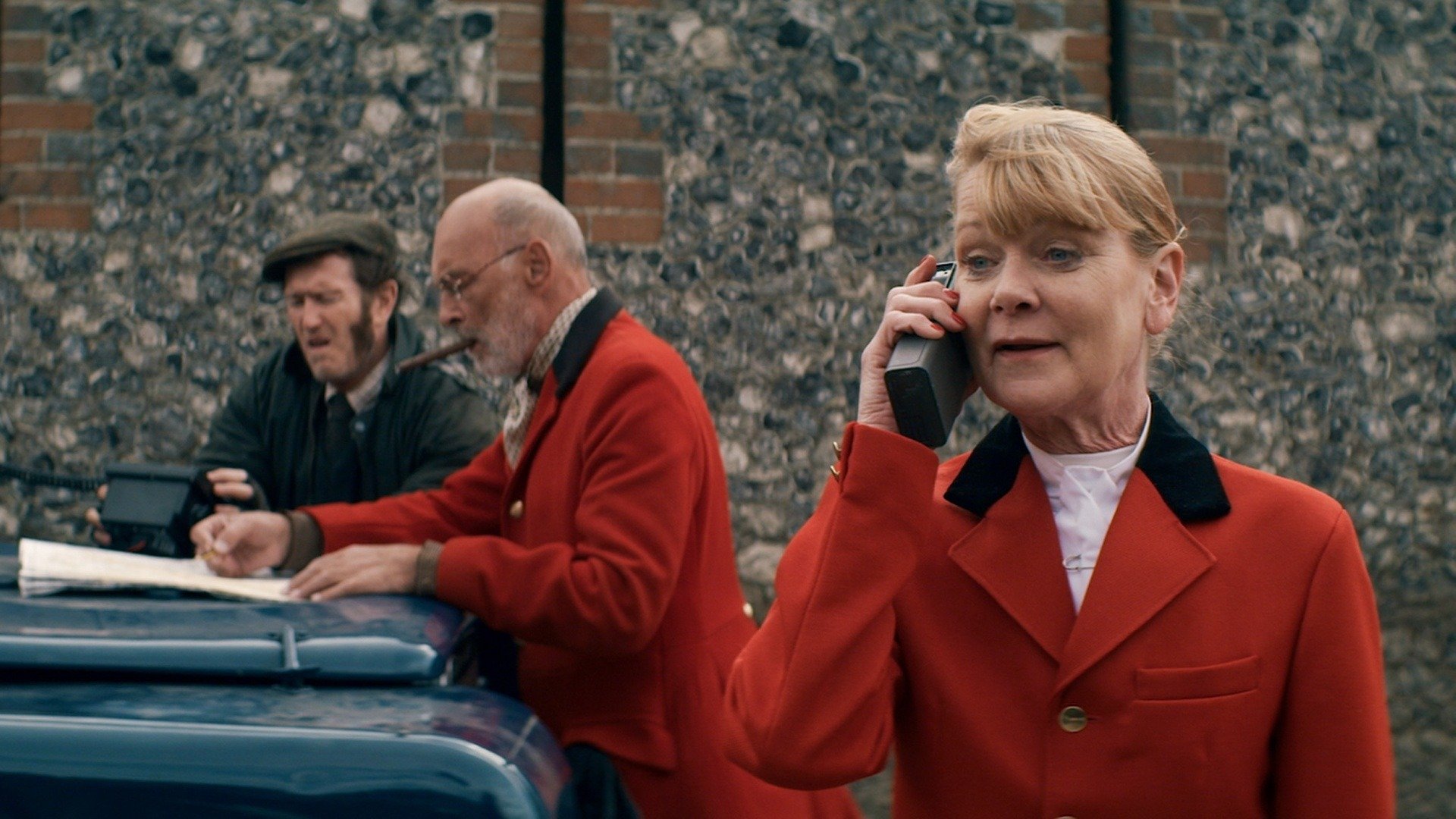 The horror invasion game is one genuine risk-taking that will unfurl doom and death for those that partake in it. And Tommy Boulding’s Hunted joins that list, aided by a sprinkle of influence from Universal’s The Hunt and Adam Wingard’s You’re Next. (If we’re being more nitpicky, it’s the umpteenth variation of The Most Dangerous Game.)

The story follows a gang of young thieves that complete a home robbery but are lured back into another of a rich folks’ land in the middle of England. Unfortunately, they are caught red-handed and tased, only to be dropped off by the owners in the middle of nowhere. Maybe they’ll be able to make it back home safely but not before one of them witnesses the arrival of a hunting party with dogs. “I thought they banned fox hunting,” one claims before they know it’s time to run and survive.

Like most survival game pictures, it has its nary sense of fun with the kills and the presentation. However, it’s incredibly straightforward, not allowing insight into political allegories or social commentary about why this is the way (or rules, as the elderly matriarch mentions). The sense of urgency is faltering because we’re thrust into this story without many arcs, other than the brother Charlie needs money to pay off school. At least Don’t Breathe gave more to our main protagonist, who needed money to escape with her sister from her negligent mother (and an unbearable twist that sympathized audiences more with her in the third act). So much like The Hunt, the cast is adequate, and moments here and there keep the pacing rolling.

Again, even at around 94 minutes, it falls short of a feature that can be considered worthwhile. There’s a chance you’ve seen better multiple times by now. The UK does indeed have struggles, but this movie buries those details with a fine shovel.

The dangerous game of Hunted is practically over before it gets started.

‘THE BATMAN’ Non-Spoiler Review: Are We Allowed To Say It’s As Good As ‘THE DARK KNIGHT’?