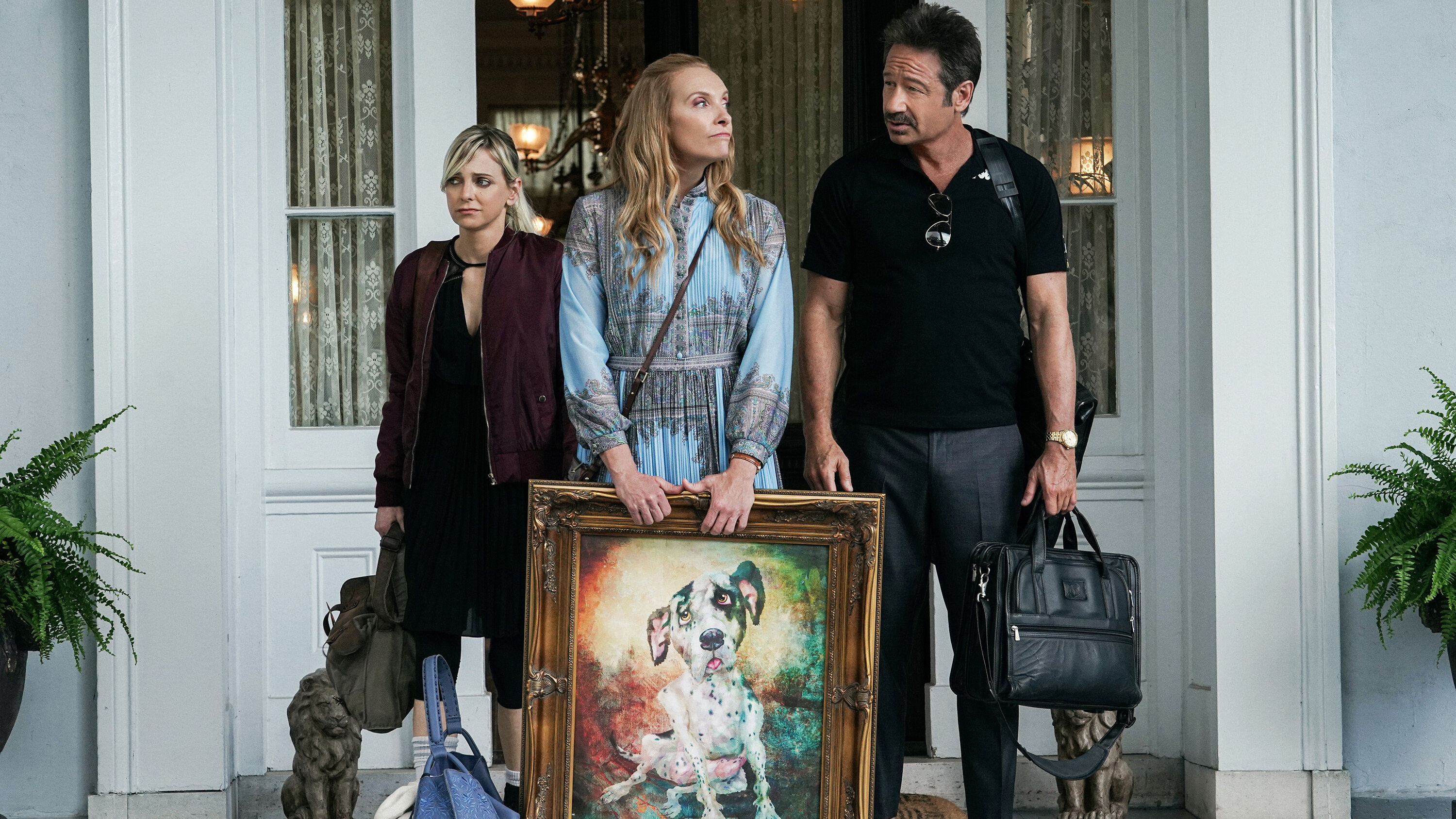 It takes a lot to bring about a general sense of flair for the comedies where “family members try to exploit their wealthy elders for rich-quick schemes.” And then there’s The Estate, a feature so bland with its faltering jokes that it never finds a slick comic groove but instead serves to prod and uninspire audiences alike.

A great shame, too, as a cast that involved Kathleen Turner, Anna Faris, Toni Collette, and David Duchovny showed great promise for a comedy of this nature. Writer/director Dean Craig has come a long way since his Death at the Funeral work, and distributing this feels somewhat distasteful.

The plot follows a divorcee Macey (Collette), trying to settle after a failed loan meeting for a restaurant that she owns with her fickle sister Savanna (Faris). If they can’t get their hands on a fat wad of cash soon, their business will become history. Reluctantly, they decide their fate lies with their ill aunt Hilda (Turner) and milking her for every penny in the hopes of acquiring her inheritance. That doesn’t prove simple, as scheming cousin Beatrice (Rosemarie DeWitt) with her husband and smarmy Richard (Duchovny) is also along for the ride and trying to battle them for the inheritance value.

The differentiation between the cousins becomes nonexistent as each fetish over bizarre plans involving sex offenders, seduction, honey-trapping schemes, and a grisly grotesque showing of a man’s genitals for them to win over their aunt and gain the money. It sounds preposterously hilarious in theory, but the execution from Craig fails to connect as the cast spends more time rambling than letting the moments build up and shine. In a day and age when many now hypothesize that comedy is at a dying point, The Estate serves to cement that. The coy nature and vulgarities don’t help; even by its crescendo, folks will be clamoring for the product to end.

No goodwill here; best to put your money into another estate.