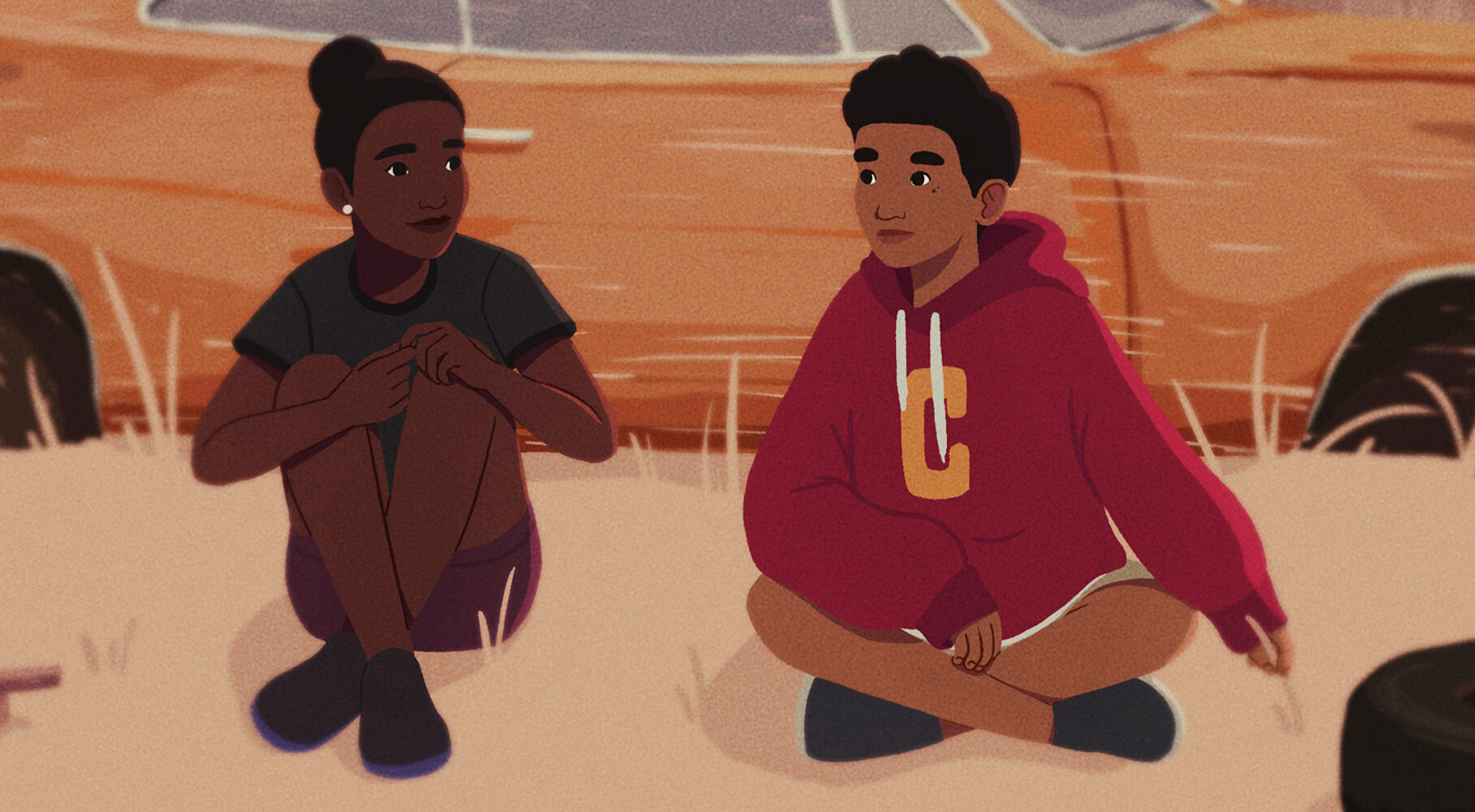 Typically, it becomes confounding to introduce multiple perspectives into one feature, as often, it gets bogged down by the weight or stakes of the story. Not in It’s Nice in Here, a short animated film that follows a boy named Crimson and his best friend, Imani (voiced by Anka Farris). When they get to a corner store, a police officer, David (Henry Brinkerhoff), receives a call about a possible dangerous altercation involving them. In response, David rushes to the store to confront them with his gun pulled out toward the two.

What follows is a splintered tale about Imani and David’s perspectives and dealings with Crimson, an individual we know so little about other than his nosebleeds and favorite jacket that gives him said nickname.

The interview-style layered feature processes grief and conflicts in a splendid manner. Instead of labored accusations and hastily written dialogue, the short readily stacks itself with a stellar sense of awareness with subtle nods to ongoing racial inequities and the #BlackLivesMatter movement. Imani’s innocence and David’s lassitude provide fascinating differentiations regarding how both process their perspectives. And in doing so, it allows each side to maintain potency in their memories and brings up an intriguing discussion of how to curtail our biases when speaking truths. So how can we be sure of our depictions when presented in the light?

The animation and music are standouts and add to the poetry of this tale of police brutality. Director Robert-Jonathan Koeyers conveyed his message with vigor and sensation, shuffling subtle nods.

Inquiring about all his tactics employed in this short ensures It’s Nice in Here.

(Check out the wonderfully designed site for the feature here, and a link to the director’s webpage.)