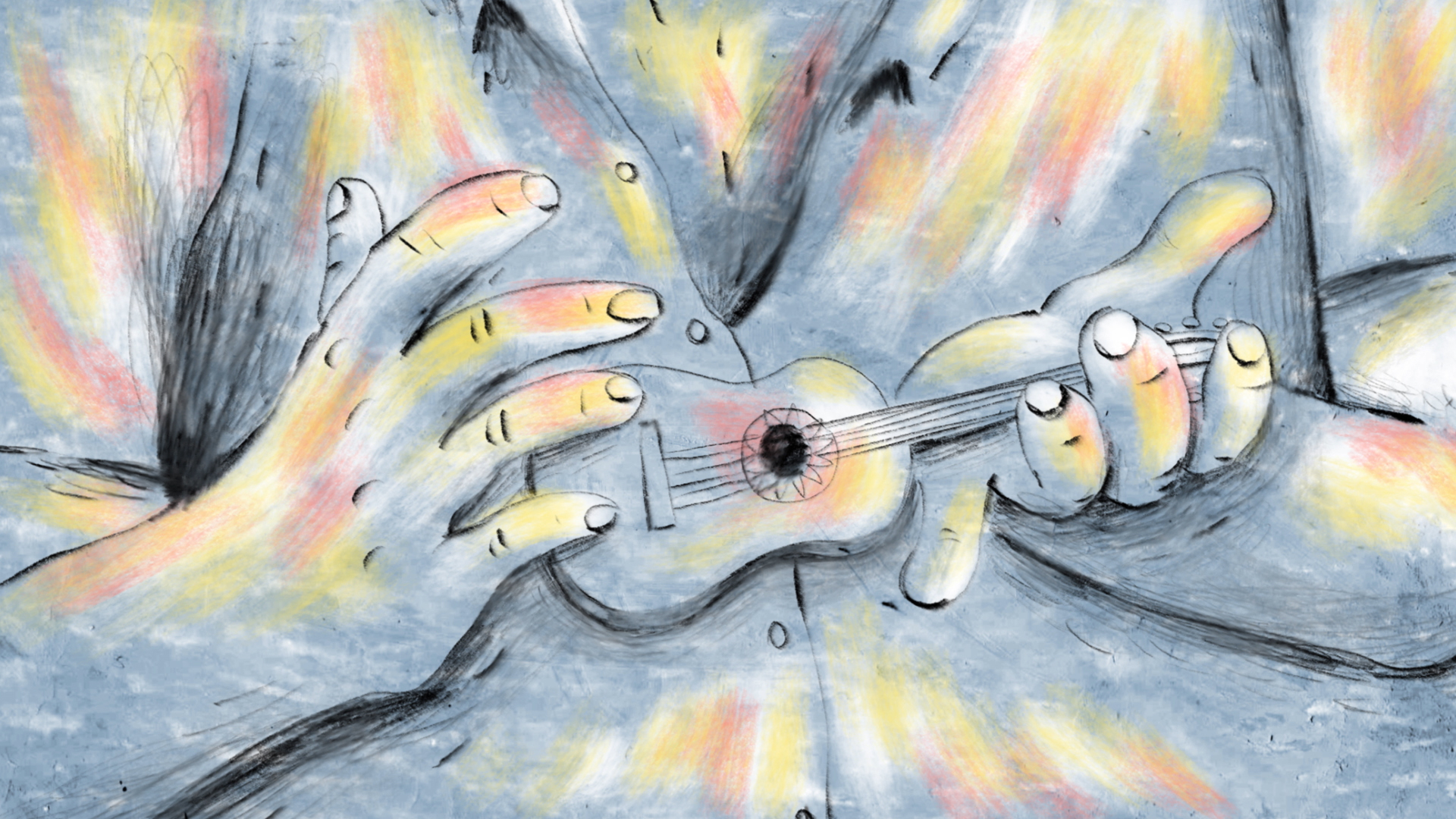 Directed by Laura Gonçalves, The Garbage Man tells the tale of a Portuguese family sharing their memories of their late Uncle Botão, who escaped Portugal’s dictatorship and worked as a garbage man in France for thirty years. The ten-minute 2D animated black-and-white short film captures the heart-warming story of a man who found a way to turn garbage into treasures and bring smiles to those around him. From learning to survive as a family in a home without electricity to making music out of random materials, Uncle Botão was determined to spread joy. During his time as a garbage man, Uncle Botão found treasures amongst the waste he worked with to bring joy to make others happy. His actions bring true meaning to the famous quote: “One man’s trash is another man’s treasure.”

In an interview with Animation Magazine, Gonçalves reveals that the short film was written in memory of her uncle who emigrated to France from Portugal in the 1960s. She also shared that she’d recorded conversations with her family sharing memories over dinner whenever they gathered together. Gonçalves found it necessary to get several perspectives of her uncle’s story. Listening to these stories led her to the conclusion that several of her uncle’s stories weren’t just his, but many other Portuguese individuals who had to survive during hard times.

Gonçalves’ love of 2D animations stems from the medium’s unique ability to represent the character’s emotions. She shared that she first fell in love with this medium while watching Disney cartoons. Eventually, she studied art, animation, and multimedia. Her talent and creativity in making this short film led to the film’s victory. The Garbage Man earned the top prize at the Animafest Zagreb and was nominated for top prizes at Annecy, Cannes, and Toronto Film Festival.

Click the link to watch The Garbage Man online in The New Yorker.

‘DOCTOR STRANGE IN THE MULTIVERSE OF MADNESS’ REVIEW