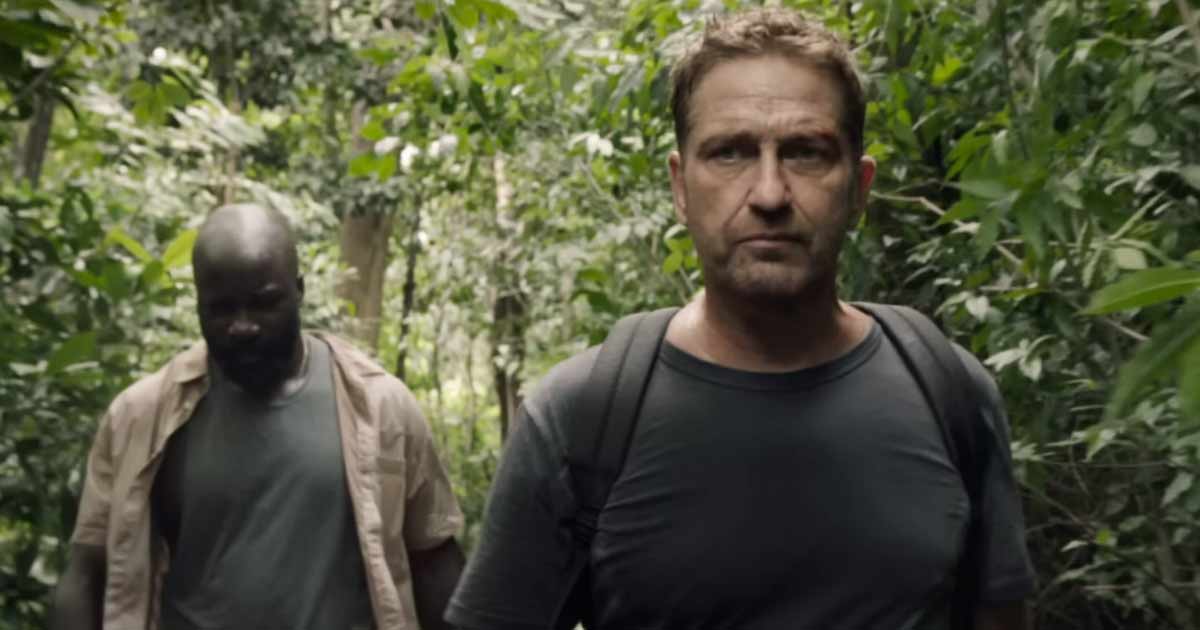 Maybe Scott Eastwood should’ve considered an alternative: Captain Sully did not land in the ocean, but instead, on an island rundown by indigenous militaries and bad guys that’ll kill you if you’re a foreigner in any capacity. No, that is not a dig toward Eastwood or Tom Hanks, but Sully probably didn’t have the same wit and fight as Gerard Butler’s Brodie Torrance. If one wishes to compare more to Bruce Willis’s role in Die Hard, you see more than expected in Jean-Francois Richet’s Plane. And maybe some nods to A Hijacking and the Far Cry game series.

Jumping immediately into the action, Richet doesn’t settle for much less in this action thriller. A Trailblazer flight from Singapore to Tokyo is helmed by Torrance (Butler), and nothing will stop him from meeting his daughter and watching the incredible paradise in Hawaii. But he is alerted that a convicted murderer Louis Gaspare (Mike Colter), will join his flight, and he must charge the plane through rough weather conditions to get everyone to their destination. However, lightning fries their aircraft, and left with no time or choice, he crashes and lands the vehicle on an unknown island in the Philippines. The local ultra-violent separatists inject themselves by killing and taking the crew and passengers hostage, but at the same time, Torrance must work with Gaspare to free them and fly them off the island.

The masculine pair oddly works well in this lean feature, which doesn’t get cutesy with its title or ambitions. The grittiness comes in bursts thanks to Richet’s direction and Butler’s brawny position. When we’re not with the folks stranded on the island, we jump into lacking bleak condemnations of corporate chicanery with leaders David Scarsdale (Tony Goldwyn) and Hampton (Paul Ben-Victor). Not that folks aren’t concerned, but this feels more like a surface-level footnote than an intricate dive into the hypocrisies of American corporate culture. And the bloodthirsty rebels are murderers with no pathos, another missed opportunity in a feature that’s hellbent on pulpy entertainment. About as synonymous as playing one of those free-roam survival games and then praying to make it to the end.

Thankfully, this brings a more colorful ride for Butler, who tends to get lost in the fog with some preposterous, overscaled performances in other bombastic motion pictures (looking at you, Gods of Egypt and London Has Fallen). The escalating mayhem allows a more balanced tone with his perceptions, and it’s fun to see him team up with Colter.

Ultimately, it’s not a feature that’ll take you to the best destination. But Plane can get you a ride to something more macho if you’re willing to make it to the gate in time.