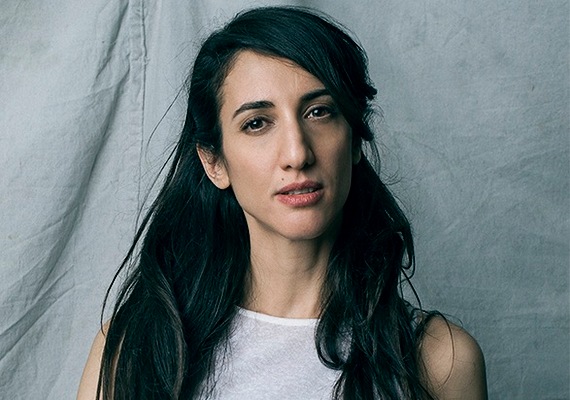 Entertainment News on April 25, 2018 0Likes At The Movies
ShareTwitterFacebookInstagram

Deniz Gamze Erguven directed and wrote Kings, an upcoming film about the nightly events of the Los Angeles Riots. Oscar-winner Halle Berry and Primetime Emmy-nominee Daniel Craig are the stars of this thought-provoking movie. Erguven first claim to fame was from her 2015 film Mustang, which won her an Academy Award for Best Foreign Language Film. Kings is unlike any other modern film about race, however, it focuses on racial denial and police brutality. Berry plays Millie, a foster mother with a substantial number of children who she cares and loves. Craig plays Obie, an annoyed neighbor fed up with the noise of Millie’s children. Erguven discusses with ATM the making, writing, directing, and background of her highly proclaimed film.

ATM: From 2006 to now, there have been many murders because of police brutality. Those that made headlines at this time were Tamir Rice, Eric Garden, and Trayvon Martin. There has been an uprise in police brutality like the premise of the LA Riots. Did these events at all influence or impact the release of this film?

DGE: I started working on this film in 2006. The LA Riots were a mirror of the riots in France. There were major riots in France for three weeks. I wanted to focus my attention on other riots.  I spent a lot of time in the US. The US issues with race, police brutality and segregation are still happening now. People who are not living in South Central are still echoes of this. I think with society it is very important to address these issues all over again. Sometimes they must come back to the surface. I started working on this when former President Barack Obama was emerging. I was spent all my time in South Central. It felt like we were going five years backward. I did not feel like I was living this beautiful dream. I felt the race issues were handled and that we finally got over it but then it keeps coming back.

ATM: Why do you think this same central theme of racial denial and police brutality is still occurring when we are just only 2 years away from 2020?

DGE: It is extremely important to address these issues. There are echoes of racial trauma. Even the fact that we are still speaking about the word race. It has been scientifically proven that the word race is not relevant to the human species. We are still living in a society that uses this concept of people that invented racism. For me it is extremely important now to correct this, making it at the center of the state, and making it a discussion. This is not only for the U.S. People outside of the U.S. can see their own faith in this story. I saw my own problematics in this story as well. For me, it was very central.

ATM: You were just 14 years old when the LA Riots occurred. You are not from America nor did you grow up in Los Angeles at the time. How did you grow to understand this historical moment?

DGE: The question for me was to make this subject intimate where it was not about living there or being there when it happened but knowing exactly when it happened. Also, spending a lot of time with the communities involved in the riot. This was my sense of the story. I shaped 12 years of my life to make this film exist. For years, I thought this day would never be seen. The fact of learning everything about it and being open-minded was my bond to this film. There is something about filmmakers.

ATM: What characteristics did you want your audience to see in Halle Berry’s character Millie?

DGE: She is really something of a character. Halle played Millie, who is a loving, caring, and shows how to love children. I didn’t even bother to change her name. There is a real-life Millie. She always had babies around her neck and a multitude of children around her. Halle had this. Even the way she interacted with them every day. She had this motherly energy. There was a way Halle entered Millie as if there was an addiction to children.

ATM: Where did you write most of your screenplay for Kings?

DGE: I was trying to be in South Central a lot. There was something about having the impressions to go back. It was not researched, but it was about spending time with people. I was like a bug trying to get everything around me.

ATM: What qualities about family did you try to convey in this film?

DGE: The fact that Millie sees kings in her children is amazing. This was the strongest. Also, her faith in love and children. These were the backbones of the film. People caring so much for one another. Millie helped all people around her.

ATM: What did you learn about the African American culture after filming Kings?

DGE: I always looked up to African Americans in terms of ideas and the civil rights movement. It was something to always to look up to. The African American culture was always viewed as the top American culture. It inspires a lot of people, elements, and other cultures around the world. Culturally we are not isolated, but we mix and help build each other.

ATM: Do you have children? How do you expect children as young as Tamir Rice to understand this?

DGE: My son is three. For children younger than teenage years it is all about knowing the story. Some young people might think it is not relevant to their life. They could be living in a bubble. It is knowing that these things are there. We need to focus on these problematics.

ATM: Name an angle you took to give the truth or help us theatrical understand what it was like during 1992.

DGE: The film is not a big history class about the riots. We are trying to show the heartbreak of riots. Everything that was at stake at the night of the riots was covered most of the time, however, this film helps the problematics come out. Hopefully, it will be a time when this is over for children living through these problematics. It is also important to commemorate this event. You are just staying vigilant and thinking about the echoes of these stories that can come back into our lives.

ATM: Describe how you want the people who will experience Deja vu watching this film to view it.

ATM: Take us through the production of the film.

DGE: There was a lot of pressure more than I ever had such as the following: what to do on the shoot day and what not to do. There was a mixture of having my dreams come true and working with wonderful people.

ATM: Your first film, Mustang, won an Academy Award. How did it change you into making this KINGS as a director and screenwriter?

DGE: While working on Mustang, there were still riots in Turkey. I was thinking productively. The Mustang years inspired me to do Kings. Both are almost like twin movies. I needed to do Kings for Mustang to happen.

ATM: Mustang stars five orphan sisters. In Kings, you have foster children. Is there a kind of connection as to why you choose children who live with no parental guidance?

DGE: There is something about the family aspect. People being able to love for one another and save each other. This is what I wanted to look at.

Kings is an American film that is centered on the L.A riots during 1992. It addresses and continues the narrative of police brutality and makes an individual want to explore answers.