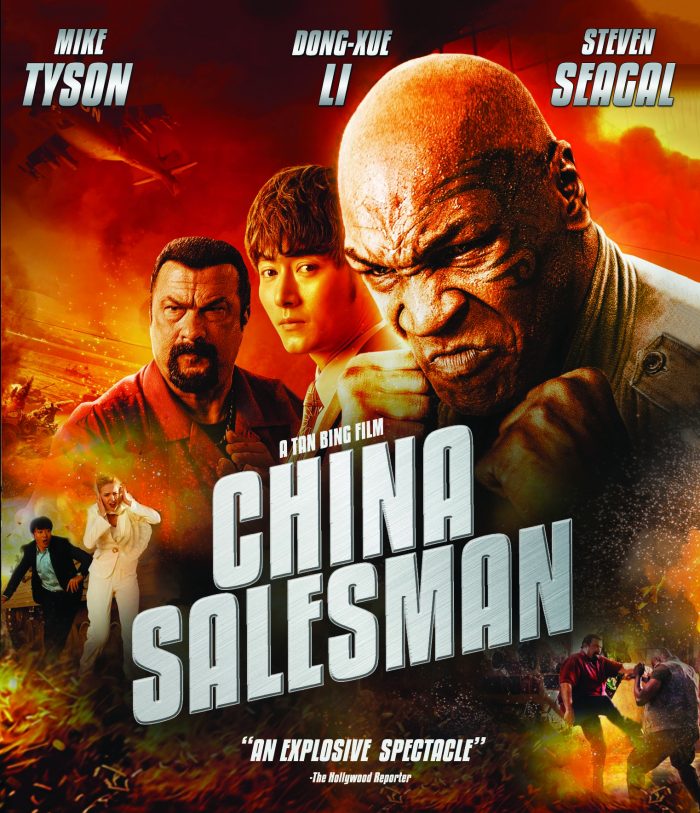 Sneak Peaks on June 2, 2018 0Likes At The Movies
ShareTwitterFacebookInstagram

At first you may think that Mike Tyson versus Steven Seagal in a movie makes perfect sense. Unfortunately, it doesn’t.  China Salesman is said to be a true story about corrupt business dealings over Africa’s budding mobile telecommunications industry.  Mike Tyson plays an African tribesman named Kabbah who comes up against a mercenary named Lauder (Seagal).  It is said that the movie cost $20 million to make and it seems likely that the majority of the money was spent on high impact action scenes featuring
explosions and fights.  It definitely didn’t go to the make up department, which tried very hard but failed to make Seagal look like he is Chinese. Instead, he comes across as some creepy one-a-be. China Salesman is a result of U.S. and China movie makers collaborating.  It was produced by China’s Wanda Corporation and written and directed by Chinese filmmaker Tan Bang. The film was made primarily for a Chinese audience and the viewer must keep the cultural differences in mind when viewing this film.
To us westerners, it seems unlikely that the explosions and dead body count could go unnoticed by any of the 24 hour cable news outlets.  It seems even more unlikely that the whole bloody mess was resolved with a fight to the finish between Kabbah (Tyson) and Lauder (Seagal).