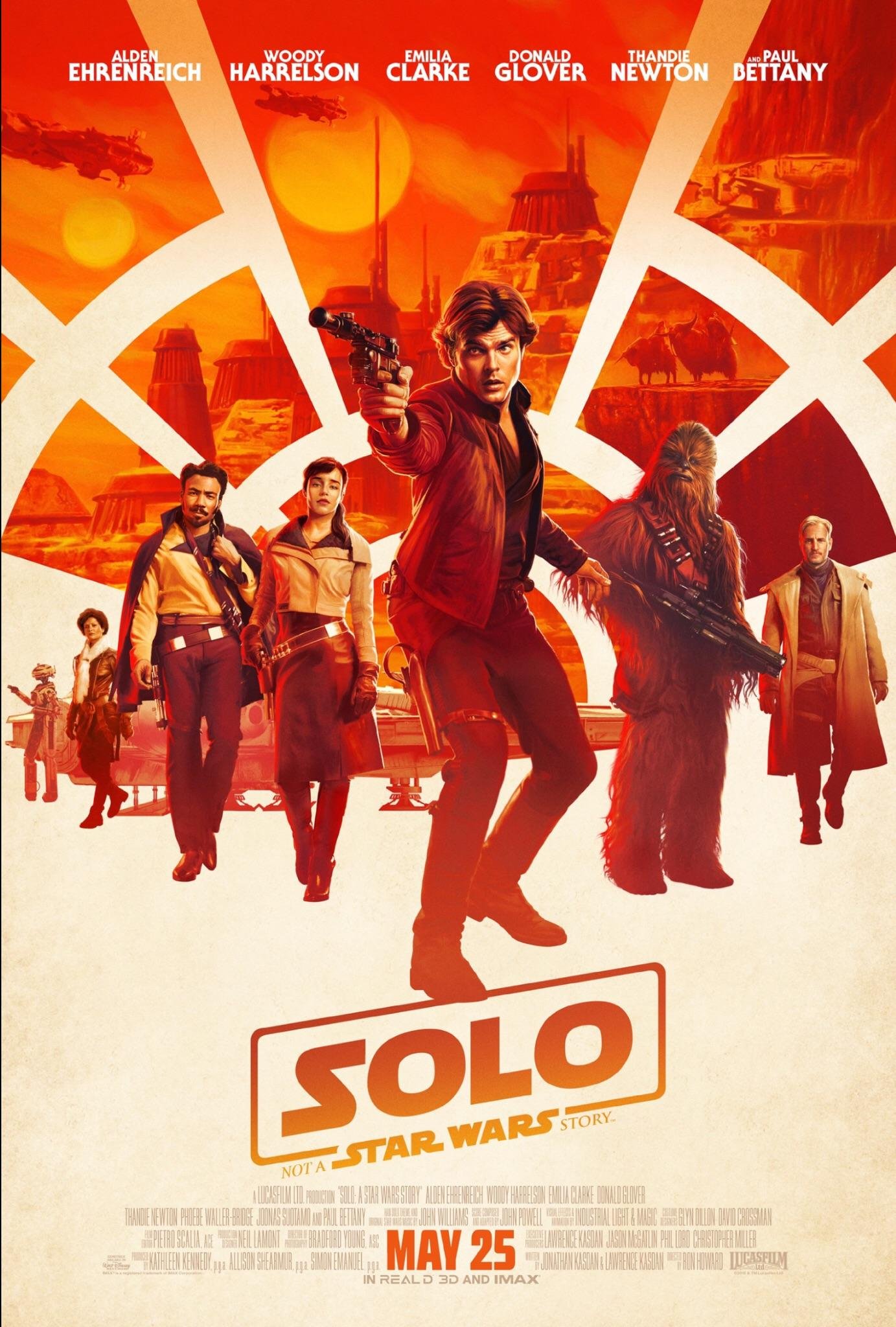 News on June 3, 2018 0Likes At The Movies
ShareTwitterFacebookInstagram

Last Friday’s theatrical release of “Solo: A Star Wars Story” failed to deliver astronomical numbers like it was expected to, based on its $250 million budget. The film has so far grossed around $170 million worldwide in the past week and is looking to stall out soon.

The 2018 space western chronicles the life of Han Solo and Chewbacca before the original 1977 movie. “Solo” has been in the works since 2012 but only started filming last January. The film stars Alden Ehrenreich as Han Solo, as well as Woody Harrelson and Donald Glover of Childish Gambino fame.

Was the timing of “Solo” detrimental to its release? Stiff box office competition like last month’s “Avengers: Infinity War” grossed a massive $1.9 billion worldwide while week-old “Deadpool 2” approaches $500 million as reported by Box Office Mojo. For the average moviegoer and fan of action/superhero films, all three posed viable options for viewing, but it seems “Solo” was the theater left empty.

While the previous three Star Wars releases have grossed over $4.4 billion, the future looks a bit bleak for “Solo” to join their ranks. The origin of the franchise, 1977’s “Star Wars” got the ball rolling with humongous profits of $2.89 billion including inflation, making it the third highest grossing film in the world.

The franchise itself has seen ten major live-action film releases, fourteen television spin-offs as well as a 1978 “Holiday Special.”

Check out the trailer below.