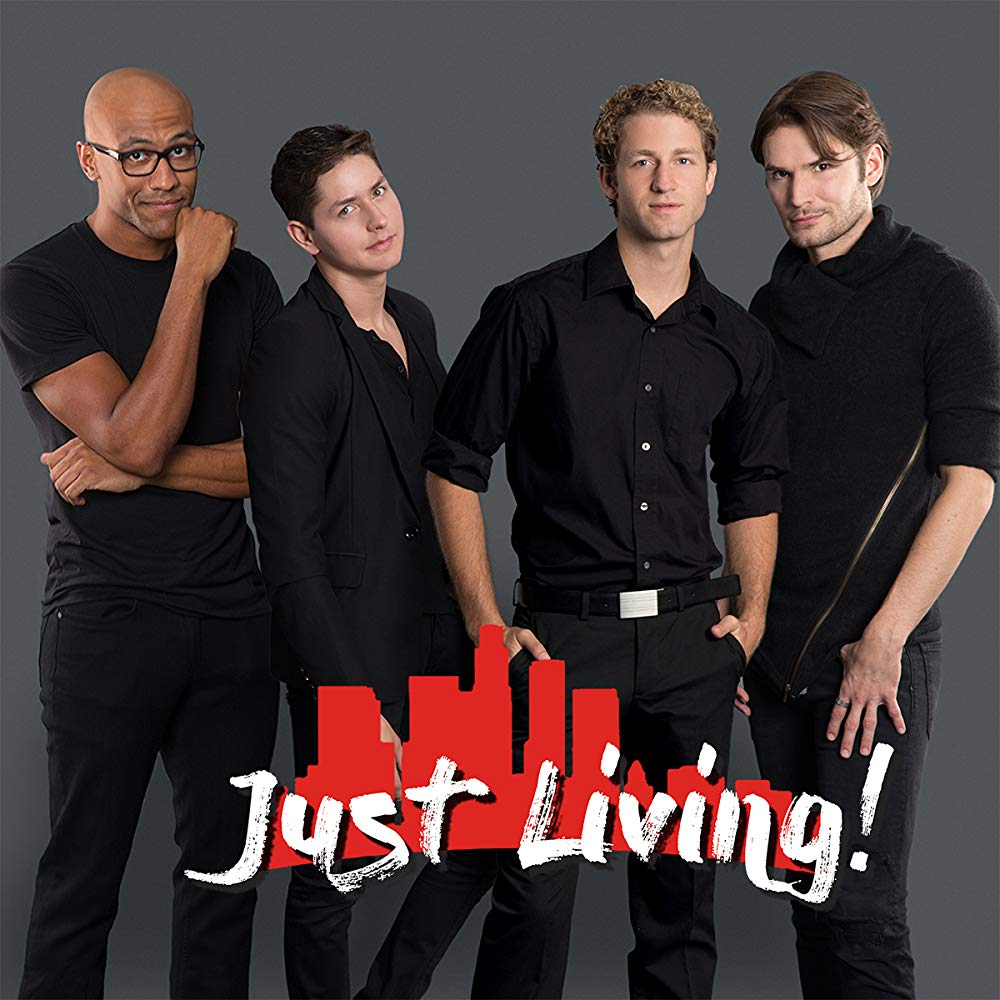 Spotlight on August 9, 2018 0Likes At The Movies
ShareTwitterFacebookInstagram

Have you ever wondered why there are not many all male cast television shows? There is always one male lead in the industry. What would a show like look with four? Just Living is a show on Amazon that debunks these tropes. Gerard Flores stops to talk about stereotypes with gender and how men should be loved on television.

ATM: Tell us the perception of men that you display on your show.

GF: We wanted to show a variety of men. They come in different forms and perceptions of life. We have the straight, gay, and bisexual guy. They all see and approach life in various ways. We all share the world even though we are different. We can all share the space without fighting.

ATM: This type of show is done a lot with females to display their sex life and friendship. Why isn’t this done with a group of men in Hollywood?

GF: We mentioned this when talking about the foundation of the story. Our program creator stays true to the formula of the four characters. The magic that they say works. He loves Golden Girls. I love Golden Girls too.

ATM: Who is your favorite character on Golden Girls?

GF: Betty White is amazing. I love Betty White in everything. It is not hard saying which is my favorite. This is interesting. There are not many shows with male leads like Sex in the City, Girlfriends, and Golden Girls. Men live rich lives as well. We are dramatic, date, scream at each other, and have fights.

ATM: The issue in Hollywood currently is the vast majority of the directors are men. I have noticed that these male directors are directing and telling stories associated with female problems. They direct fewer films about their own gender and lifestyle.

GF: I know. That is very weird.

ATM: You would think the industry would cater to female directors to exhibit their female lifestyle on camera. However, men are paid and hired more to tell stories of women. Men cannot in anyway fully understand or 100% tell women about themselves. I cannot tell a man how to live or anything about their lifestyle. I am not a man. Men are mostly shown as players onscreen. They might think that an all male lead show would focus on sex and girls.

GF: Yes. I agree. We need more women in the industry and female directors. The industry needs more of the special thing that women bring out, which is tenderness. This industry is tough and cool. More women would make it better. Look, I am a Latino. I understand how women feel in the audition room. They told me once, “You are too white to be Latino and too Latino to be white.” I understand what is happening to women when they are put on the side. If more women were in the industry, then this would not happen. So, I agree with you about we need more women in the industry. It is weird why men direct women problems and not men problems. I do not get this.

ATM: (Laughs). I know right. This does not make sense. This basically describes the Hollywood film industry.

ATM: Describe the process of men when they are preparing to go on a date. Do men get nervous about picking out their outfits?

GF: It is the same with women. We have insecurities and are afraid of what is going to happen. We give our friends advice about a girl. We ask, “Is this girl alright?” or “Does this outfit look fine?” Some men are a little more into fashion than others. We try to help each other. We try not to worry. Men give advice to each other about being scared. We are scared about going on dates after a long relationship. I have conversations with all my friends in different places such as Argentina, Europe, the U.S. and they all have the same issues about the dating life. The whole thing about swipe. You do this to someone else but someone else is doing this to you as well. Therefore, directors do not direct this. They do not want to display men as weak. We are just as weak as women.

ATM: What gender do you feel is more emotional?

GF: Some of the male friends are super sensitive and they cry to every single thing. They are very emotional and passionate. However, some of my female actor friends are super tough. They are even tougher than me. You have to be tough to last in this industry.

ATM: How should Hollywood depict the way men should be loved?

GF: We are similarly the same. I talk about these things on the phone with my guy friends. Men are likely to talk about this with your best friend. We are very outspoken about what we do during sex. We love candles and the teasing things like putting candles in the hot tub, pouring champagne, and putting rose petals on the bed. It should not be a difference. You are telling me all these things have gotten me to see more of the problems. Now, I can see that women are seen in this way and men are seen as that. It should not be like this. We all come from the same beginning. We are stereotyping all the time. If you are Latino, then you are adopted. If you are a woman, then you are weak. If you are macho, big, and muscular, then you are strong. If you are skinny, then you are weak. If you are smart, then you are a geek. We should stop the stereotyping. I know there are formulas in the television industry. You have to stereotype a little bit to create conflict.

Just Living challenges the daily norms associated with a lack of all male leads featured on T.V. Flores is a part of a cast that has dared to be different in their approach to acting. Just Living is currently streamed on Amazon.