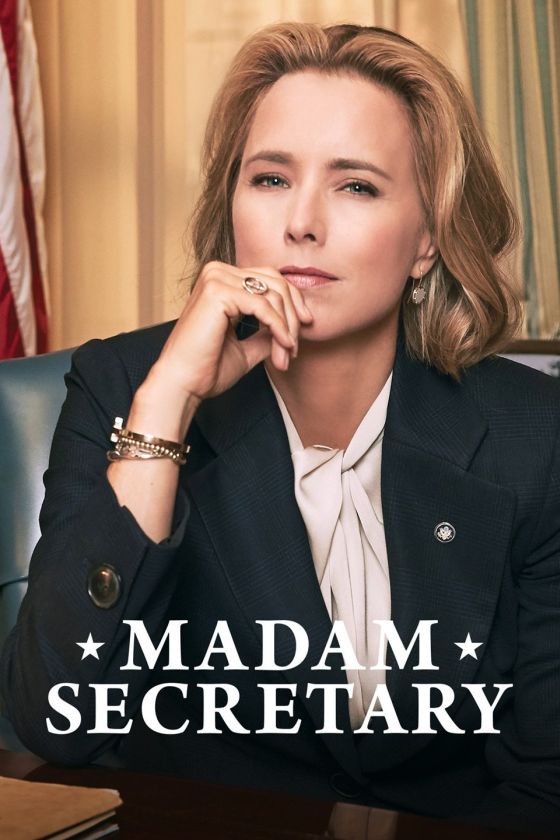 Interviews on October 23, 2018 0Likes At The Movies
ShareTwitterFacebookInstagram

Nancy Ellen Shore talks about her origins and relates the political standards in our society to the show Madam Secretary.

ATM: How does this show exhibit women’s roles in political spaces?

Nancy: Madam Secretary is such a wonderful show in that it presents a strong, brilliant, principled woman in a position of great power, working effectively as the U.S. Secretary of State to defend and further America’s position as a beacon of democracy and human rights in a dangerous world, while simultaneously balancing the demands of marriage and motherhood. Téa’s character, Elizabeth McCord, is an excellent role model for young people as an example of female leadership, showing that it is possible to “have it all.” From what I understand, Barbara Hall was inspired by Hillary Clinton’s tenure as Secretary of State to create the concept for the show.

ATM: Explain America if a woman were to be president.

Nancy: I was so excited about Hillary Clinton being elected the first woman U.S. president because she is so brilliant, qualified, and idealistic, yet deeply pragmatic in understanding the importance of working across the aisle and has such a breathtaking knowledge of international relations after her terms as Secretary of State and her time as First Lady in the White House. Her election would have shown the millions of young girls—and boys—in this country that a qualified woman can hold the most powerful position in America and would have gone a long way toward shattering the glass ceiling and balancing the now-unequal male-female power structure in the American workplace. I was so honored to be on set with her, Colin Powell, and Madeleine Albright when we shot this season’s wonderful premiere episode. Hopefully an equally distinguished and qualified female candidate will emerge in the coming years.

ATM: How does the main character act in a political space vs how we have seen men act in this same space on political television shows?

The wonderful thing about how Téa’s character is written is that the scripts allow her to show great strength in situations where it is essential—in policy discussions with the president and her staff, and in diplomatic negotiations with world leaders—but also great vulnerability when she is alone in her own home with her husband. Her character often seeks common ground in negotiations with other world leaders or their representatives, letting down her guard and trying to find areas of mutual understanding and agreement and shared goals, which often leads to compromise solutions in the best interest of both countries.

She always tries to avoid war and violence whenever possible. And Téa is also a brilliant comic actress, so she brings a lot of understated humor

to the character. It’s ultimately a very serious show which explores the most serious issues facing America and the world today, and it’s not easy to walk that fine line between drama and comedy, but she manages it seemingly effortlessly. And the truly great thing about the show is that it is nonpartisan—it appeals to all Americans—whether Democrats, Republicans, or Independents—because its main characters in the State Department and the White House embody the best American values—all the qualities that made our country a beacon to the world—fairness, tolerance, equality, compassion, integrity, an idealistic can-do attitude, and great courage and strength in the face of small-mindedness, cruelty, and oppression.

What is the true role of a journalist in this society? What role did you feel you had while you were in this position? Why did you let it go?

The role of a journalist is to inform readers of the truth of any situation based on carefully researched and verified facts. Unfortunately, the free press, one of the bedrocks of our great democracy, has been under relentless attack from the current administration. It is a very dangerous situation because when a large segment of the population is lead to believe they can’t trust the press, they are easily convinced of “alternative facts” which serve a certain agenda that may not be in the best interests of our country.

I was a part-time assistant for six years in the 1980s-1990s to the late Barbara Epstein, the legendary co-editor with the late Robert Silvers of The New York Review of Books, one of the leading literary-intellectual newspapers in the country. She was a brilliant woman, originally responsible for editing The Diary of Anne Frank in the late 1950s. During that time, I was privy to her interactions with some of the top writers and intellectuals of that era—Susan Sontag, Joan Didion, Philip Roth, Gore Vidal, to name just a few. That formative period shaped my standards of writing and journalism. I also had the good fortune to forge close college friendships with John Donatich, now the erudite head of Yale University Press, and the brilliant poet-novelist Jennifer Clement, now the president of PEN, the international writers’ organization, whose friendship and accomplishments continue to inspire me today.

The inspiration for my creativity, tenacity, and commitment to my acting career came from my late parents, Richard and Barbara Shore. My father was a professional pianist, composer, and music teacher, and he began painting later in life—beautiful scenes of nature as a gentle and benevolent force. He eschewed materialism and superficial values. His entire life was devoted to music and art. He saw music as the universal language that brings people together. He took great pride in his teaching job in a public high school in Providence, Rhode Island, where he taught students from immigrant families from all over the world. My mother was a longtime co-president of the Interfaith Council in Southeastern Massachusetts where I grew up, working to create dialogue, tolerance, and understanding between people of all nationalities, religions, and ethnic backgrounds. She was also a violinist with the local symphony for 45 years and a dedicated and inspired reading teacher and tutor who saw great literature as a way of uplifting humanity and promoting greater understanding.

ATM: What is your thought process while in front of the casting director?

Nancy: First of all, it’s essential to view the casting director not in a narrow, one-dimensional way, as an all-powerful gatekeeper standing between you and this one role on this one TV show, movie, or play but as a person with a full life, an individual human being with whom you are partnering on the basis of personal integrity and creativity in the business. He or she may have a spouse or partner struggling with cancer or addiction, or perhaps have just attended the funeral of a beloved uncle, or been passed over for a promotion, or moved to a new home, or just landed a brand-new TV show account with roles to be filled immediately that takes precedence over the role in the low-budget independent film you are being seen for.

Making creative choices, crafting a detailed back story for the character, and preparing for the audition is a given. But the most important factor at any audition is never the specific role you are auditioning for. It’s presenting yourself as a consummate professional from the moment you walk into the waiting room and check in with the receptionist, laying down a solid artistic interpretation of the specific role, incorporating any changes or directions the casting director gives you immediately and without resistance—even if it means dropping everything you prepared—thanking them graciously when it’s over, and beginning a mutually beneficial working professional relationship. There are so many reasons why you may not get a certain role that have nothing to do with your talent—you’re too tall for the other principal in the scene, you look too much like another recurring character, you’re not young enough, or old enough, the writers changed the sex of your character just that morning and the casting director has not even been informed yet. You cannot control any of that. All you can control is your reputation as an artist of great creativity, reliability, and professionalism. If you leave the casting director with that impression, even if you don’t book this specific role, you will be called back again and again.

Secondly, many actors are gripped by nervousness when auditioning for powerful casting directors. It’s the same nervousness that can paralyze a stage actor—that relentless voice in one’s head questioning, “Will he like me? Will she think I’m talented? Will I get this role? Will the audience laugh, clap?” The best antidote for nervousness is to take yourself out of the equation completely. This is not about you, and it never was. This is about the character in the project or the screenwriter’s or playwright’s vision.

The origins of drama thousands of years ago were in the role of the shaman in primitive cultures. This spiritual figure would stand in the middle of a large circle of community members and go into a trance-like state, acting out stories and myths—birth, death, love, joy, war, nature, obedience to the gods, the entire cycle of human life with all its triumphs and follies. Through this process of what the ancient classical Greek philosophers and playwrights later called catharsis, the community or tribe would be healed and find renewed meaning and transcendence. The role of the actor has never changed. It is a spiritual calling. We are a conduit, or bridge, between humanity and eternity.

Nervousness creeps in when we forget that grave calling, that momentous undertaking. Whenever I get nervous, I immediately think of all the suffering in the world, some small portion of which could possibly be relieved by the greater understanding that will come from the artistic project I am working on—I think of war, poverty, intolerance, corruption, inequality, racism, disease, all of the problems that plague humanity. I think of desperate migrants fleeing violence, rape, and oppression all over the world, I think of poor children in inner U.S. cities whose parents can’t afford adequate school supplies, I think of the serious environmental threats we are facing from global warming—the list goes on and on. In the face of these concerns, nervousness is immediately quashed. I see the face of a young school girl struggling to hear the teacher because her parents can’t afford a hearing aid, or a father working two backbreaking construction jobs to put food on the table or care for a sick child, and I immediately become ashamed of my nervousness. You wouldn’t be gripped by nervousness if you saw a child walk out onto a busy roadway. You would run to grab that child and pull them from harm. As an actor, I walk into an audition with that same level of commitment and dedication to a cause much larger than my own small life.