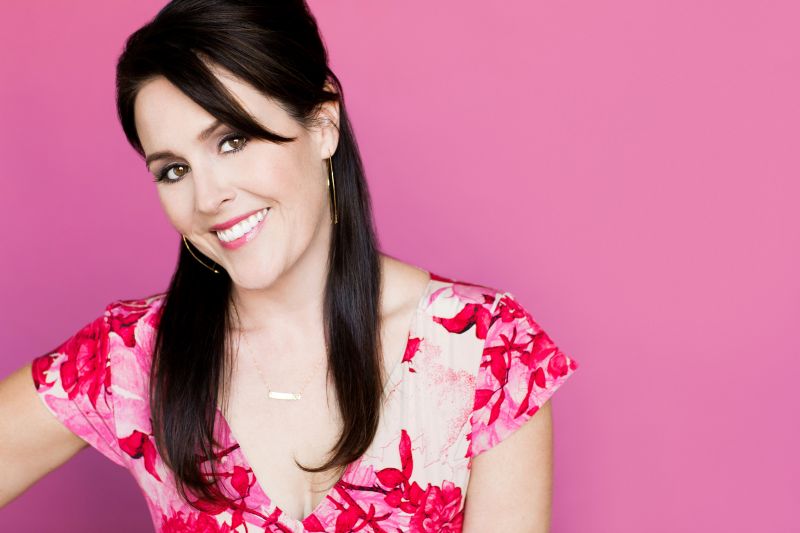 Interviews on November 14, 2018 0Likes At The Movies
ShareTwitterFacebookInstagram

Rachael MacFarlane’s new children’s book, “Eleanor Wyatt, Princess, and Pirate”, dives into the topic of inclusivity and creates the idea that costume play should not have gender constraints. Children should be able to dress up outside of their gender without a huge problem.

ATM: What do you see parents getting out of your book when they read it?

RM: This is a great question. I am the author and my husband is the illustrator. One of the things we keep saying when people ask about the age of the book is that it’s ageless. There are so many things that parents can get out of it. Our generation is different from the time my daughters are growing up. Perhaps this idea of gender neutrality in play was not as prominent while I was a kid and when some of these parents were kids as it is now. If a parent has a son that wants to get his toenails painted pink, then their response might be “Oh Geesh, I am not comfortable with this. I do not want them to get made fun of for this.” We should embrace their individuality and recognize that we do not need to put limitations on their play based on their gender.

My older daughter loves to dress up in traditionally thought of as “boyish costumes.” She was Darth Vader, a Storm Trooper, Policeman,

and Fireman for Halloween. She has never ascribed to her traditional gender role while in play. When parents read this book, it is a lesson for them too. They can say, “Hey, let’s not put our stuff on our kids. Let our kids be who they are and play how they want to play.” It has nothing to do with the way they feel as they express themselves. For parents, it is a soft entry point into the idea of a gender-less play.

ATM: In today’s culture, do you believe a lack of inclusivity can limit a child’s imagination for them to be themselves?

RM: I do. Let’s say a kid is walking down the aisle at Target. A little boy sees a LEGO Friends and Equestrian set. It is pink, and he wants to play with it. He looks up at the aisle, and it says girl toys. This is already sending him a message that this toy is not for him. My husband and I feel this is completely further off base. Toys are toys. There are not toys that are just for girls or just toys that are just for boys. It is about however you want to express yourself and however, you want to play. I feel that it can be limiting and shaming to a child. They see this label and think, “Oh I want this, but I am not supposed to want it because it is just for girls and I am a boy.” If we can get rid of these labels, then we will begin to open our children’s imaginations and let them explore a way they should be able to.

ATM: How can a generation of children that are open to the inclusivity topic change in their growth vs. an age that was limited to this?

RM: This is such a good question. The things we grow up with as “normal” while children become ingrained in us as adults. Let’s say in my youth, I had a lot of homosexual friends, and I also had homosexual family members. It never seemed anything but “natural” and “normal” to me because this was a part of my youth. So, anything else that I looked at was out of the ordinary. For my parent’s generation, of course, it was harder for them to come around to it, even though they are completely open-minded and liberal. For them, it is more about what are people going to think because this was not how they grew up.

My husband and I hope that we can change the narrative for children with this idea that they do not have to put labels on everything. The true point is to be the truth and honest, sincere version of yourself. Also, to take support in your friends into being their true self. Maybe we can get rid of these labels. These labels do nothing but put a divide between people. Maybe this mentality can help us with our shared community. To bring back the fact that we are all human. Under our skin, we all look the same. Maybe we can take some of these labels off.

ATM: A lot of these labels are titles that were given and not asked. We were just subjected to them once born.

RM: Right. This is mostly from the time of the older generation. This goes back to this being a message for older people to look at.

ATM: What was your reaction once finding out there was not a lot of children literature about inclusivity?

RM: It was surprising. I wrote this book about five years ago. I just assumed there was a children’s book for everything. This was how it seemed. After doing some research, it became surprising to me. I found some great kids’ books on true transgender kids that were in the process of transitioning. I found a lot of girl power books, but there was nothing that said this message, and this is what my husband and I wanted to get across. The idea that you should not have any limitations on your imaginations and have to ascribe to your gender role.

It was very exciting not to find anything because I could start a new dialogue with this book. This is what happened with the number of people who have come up to me. They have said, “They wished to have had this book as a child.” These words just gave me the confirmation that I needed. My husband and I feel this is the most important work that we have ever done. I am a voice actor, and I have to do a lot of cartoons. I am not necessarily changing the narrative. This what we wanted to do with our book.

ATM: What did your husband learn while illustrating this book and what did he want to tackle through his illustrations?

RM: Spencer is an incredibly sensitive and forward-thinking man. He is not a macho guy. He is very sensitive. He was the absolute perfect person to be tackling this topic concerning illustration. He does not have a lot of self-imposed limitations on self-expression. He took the ball and ran with what I gave him. He added the diversity element to the book. So many times, you see one skin tone when you open a children’s book. Eleanor Wyatt has so much diversity and many different skin tones.

There is a man wearing dresses. There is a little boy dressed as a knight in a wheelchair. A little girl dressed as a fireman. This make it have so much diversity. We are hoping for any child that open this book and look through it to see themselves in this book. This is so important. I have a 3-year-old and a 9-year-old. As I travel through the world of children’s literature, it can often be very much one color. It is nice to see more diversity and inclusivity. For Spencer, he felt there were the most important thing he could get across with his illustrations.

ATM: What do you believe the shows “Family Guy” and “American Dad!” say about 21-century animation series?

RM: American Dad! has been running for 14 years and Family Guy is rounding 20 this year. They both struck a cord with people. They

would not be on the air if they had not. The main reasons these shows have longevity is because the writing continues to be superior. The writers are still turning out incredibly funny scripts. For us, on American Dad, we are 300 episodes on, and are still cranking out material that genuinely makes people laugh. American Dad! started out as a political show. It was born from the creator’s frustration with the George W. Bush administration. It had real political undertones from the beginning. Even though our political climate is more charged now than ever, they have stepped away from this a bit. When you have a show that takes a year to produce it is hard to be timely. The gag that you are writing in 2018 might not be on the radar or still relevant in 2019. They have scaled back with some of this humor. They have forced more on the family dynamic.

ATM: What is the morality and significance of your character on American Dad?

RM: Hayley was originally created in the image of Rob Reiner’s character on All in the Family. Stan was the Archer Bunker. Hayley was the meathead. She was the one that was protesting the establishment, the hippy, the peace lover, and the pot smoker. In the first five or six years, her character was pushed more and the things she was marching for. Now, her humor has started to be more about being a stoner. She is still going to her community college that she has been going to all these years. We have an episode coming up this season where she learns she will graduate. She is terrified because she wants to stay in community college. It is similar to a Van Wilder story. She tries everything and anything to fail. It goes back to the writing. She is married. She and Jeff live with her parents.

ATM: What do these two shows say about the role of a father in an animation series?

RM: This is a funny question. Let’s look at the godfather of the animated father, which is Homer Simpson. He sets the bar for animated dads. Peter Griffin is similar to Homer in his cluelessness. He is always making messes that the family has to clean up. Stan Smith on American Dad! is a little different. He is more capable, works for the CIA, and has a steady job. At the end of the day, he is the dufus that is making a mistake. Most of Stan’s decisions are wrong. We can sort of have moral in each episode using Stan as the “this is where it went wrong character.”

This is a funny and interesting point that you bring up. If you look at these three iconic series that have been on for 14 years, 20, and God knows how long the Simpson has been on, then you see the dad is the Buffon character. Everyone else is there to clean up his mess.

ATM: The wives are the ones that sit back and listen to the husbands. They do not voice much of their opinions. The children are the liberal ones on the animation shows.