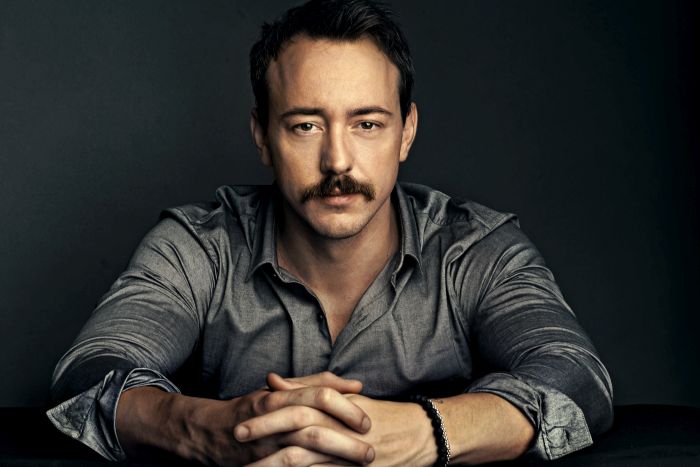 Chris Coy and ‘The Front Runner’

Entertainment News on November 28, 2018 0Likes At The Movies
ShareTwitterFacebookInstagram

Chris Coy takes on the role of Kevin Sweeney who was the press secretary of the 1988 Presidential Candidate Gary Hart. After talking to the real-life Sweeney to figure out how to approach the role, Chris learned the seriousness of this profession and gives his thoughts on the topics raised in this film.

ATM: While portraying Kevin Sweeney, what did you learn about the profession of a press secretary?

CC: No matter how much of preparation or plan you may have; the rug might get pulled out from under you at any moment. It might not be a fault of your own. You still have to do everything in your power to solve these problems. You have to navigate that scandal or issue still. You have to try keeping your focus on the prize and the mission. It is one of the most stressful and chaotic jobs on the planet. I learn that I am glad that I am not one. I will take acting any day over tackling real problems like them.

ATM: Do you look at press secretaries differently before your character?

CC: Yes. I did not know ahead of time how stressful and unpredictable it could be — also, the consequences of your candidate’s actions. There is no anticipating how the public is going to react to any given circumstance. Because it is a period piece of time, I do not think that were ready for the world implications for his actions and consequences. It does not matter if you are ready or not. You must be quick on your feet. You must be ready to act in an instant. How do we save this? Especially, in this circumstance, where Kevin Sweeney really believes in his candidate and knew he could do a lot of good for this country.

Despite the behavior in his personal life, he still believed Hart was the man for the job. They were on a schedule with this headline and it all sort of fell apart. I learned how just how involved a press scandal would be in navigating a press scandal. And how heartbreaking it could be when you believe in your candidate like Kevin Sweeney and watch it deteriorate in front of your eyes.

ATM: During this 1988 campaign there was no social media. What does this show about influential the evolution of social media could be to a presidential campaign?

CC: We are now all informed on a second to second basis. Before it was all through the papers and in the press. We knew it was coming. There was an evening where we were trying to stop it before ever hitting the newsstand. Right now, if news breaks, then it is instantly on social media. There is no putting a wall up stopping it.

Regarding transparency, honesty is almost your only option. There is no hiding anymore.  Transparency is a good thing when it comes to politics. It was easier to hide during pre-social media and easier to stop the press if you could. You could get on the phone to bribe and beg. Now, the news has already gone public before you get the chance to stop it. This is a positive thing in terms of our growth.

ATM: How in touch was the public with political during this time?

CC: Now, political news and political voice can always be heard. We can add a direct line to this political voice. Especially with Twitter and the current president. We are always on Twitter reading words from his direct mouth. Whereas, in pre-social media, there was no direct line between the public and the president.  Only when it addressed the nation and it came on the television, you heard what he had to say. There is such a high level to information now and we all have access to the political drama that we are interested in hearing. This is easy now. Before, you were at the mercy of the press. You had to wait to the Nightly News, wait for the newspaper, as supposed to going on CNN.com.

ATM: A lot of times the camera does not shine a light on what happens or how they feel. What did you witness about the emotional state of Hart, who was up to be the most powerful man in America?

CC: I talked to Kevin who is very much alive and well. He was also involved with the film. Gary Hart never expected to be held accountable for his personal life in his political endeavors. This was not how it worked prior to this moment in time. The film is about the moment where tabloids, journalism, and legitimate news hibernated. We were interested in what a politician’s personal life was like, where his morality laid. In this case, I do not think Gary Hart was ready for this to happen. He hoped or assumed his politics who saves him. He thought people would focus on the progress he was trying to make as a politician and country as supposed what kind of man, he was behind closed doors. He was wrong because they did care. He was punished for his actions.

This movie asked questions about what matters and what is important. Is it just the politics or his personal life? Is it a combination of the two? Should it be a combination of the two? Should it be important? It is important to ask these questions. He did not want to be president to have power. He really wanted to make changes and positive progress. He wanted to help us as a country. To be this close and fall short. The reasons why you cannot prevent it is not your fault. I saw politics and the emotions cross path. Things do not always work out the way you saw them working out. An unexpected blow could take you down no matter how well you are doing.

ATM: Do you think a presidential candidate unknowingly signs up for a “celebrity status”, which can often get in the way of them trying to help this country?

CC: It does not matter if they are unaware of it because this is just the way of our country. We focus on and celebrate politicians as much as we do like any kind of celebrity. If you are going to be under the public eye, then you must know you will be under a magnifying glass. Do I feel this can get in the way of a positive impact? Sure, it can if they allow themselves to be distracted. This is the nature of the beast. If you are going to be play the game, then you have to be ready, willing, and able to handle this. Otherwise, do something else.

ATM: How does this show a person the effects the media has a presidential campaign?

CC: It demonstrates just how closely you are going to be watched. The media is an amazing tool for the people in how quickly it keeps the information into our hand. It makes sure we have a route to find out who you are and whether we want you there.

Lamborghini Headed To The Big Screen