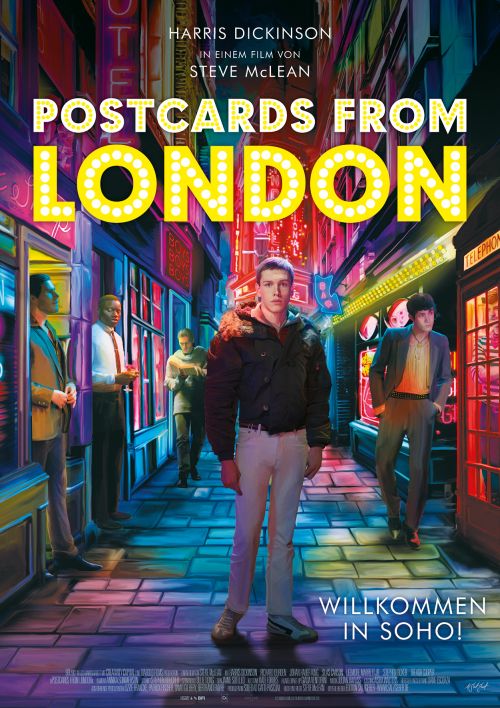 Spotlight on November 29, 2018 0Likes At The Movies
ShareTwitterFacebookInstagram

Jim is a young adult male who leaves for London to find his way through life. He leaves as a small city to go to a big city. He ventures

into a place where there is a deeper than his reality. Alessandro Cimadamore is one of the stars in this movie. He becomes a part of the character’s transformation with his identity. Cimadamore talks about the stereotypes that are put on small cities and larger cities. “In small cities the life is supposed to be calm, quiet. It’s a place where you are mainly focused towards your family. The big cities are where you can find all the jobs, where you can grow your professionalism up, meeting people from other parts of the world.”

Cimadamore’s is in an environment in the film that nurtures a boy into being a man. The lead character finds himself in the surroundings of male escorts. This becomes a way for the lead to make a living for himself. His charm and great communication skills allows him to dive deeper into his sexuality.

The imagination of London seems to be the height of this movie. The Postcards from London male actor describes his character Jesus. “I play Jesus, a young Spanish raconteur…well I would describe him as a borderline character who focus all of his fancy and passion on an imaginative London.” This mental fantasy about London is one of the main things that continues to keep the audience on the edge while watching the film. So, how would someone describe the film in their own words?

Additionally, I would describe the film as a sexy, hot, and a show of a new take on man’s sexuality. However, Cimadamore has his own words to expression what the film is to him. “Art painting…where you drive your imagination.” The lead character is quite different than the character Jesus. Jim is “a young inexperienced guy who moves himself to London where he wants to find the right way to grow up. He will let himself be immersed in the picture.”