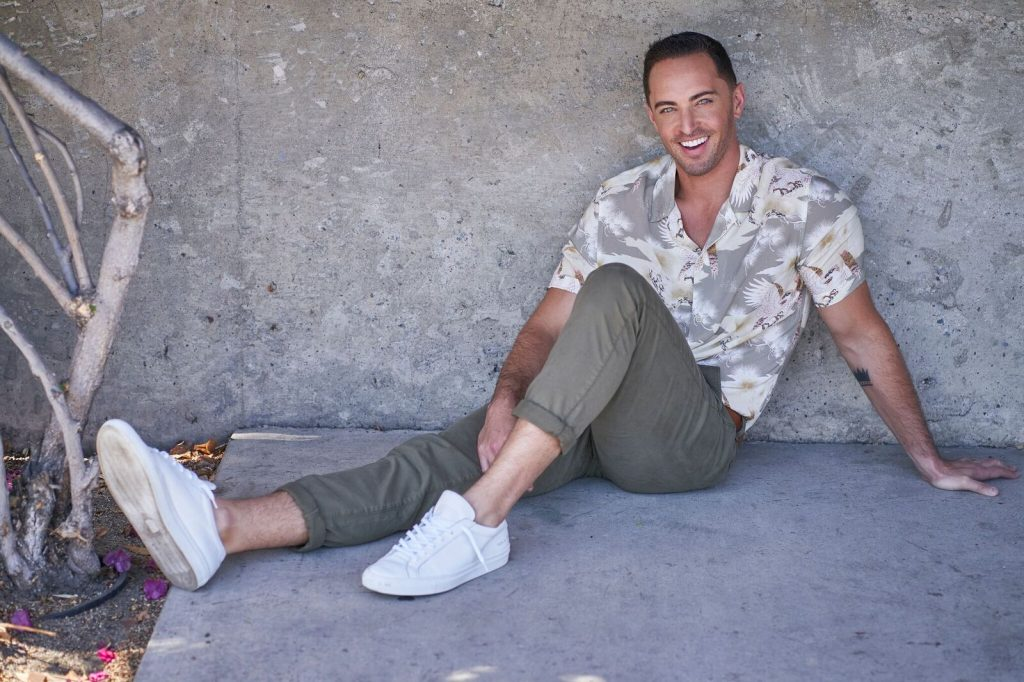 Uncategorized on December 6, 2018 0Likes At The Movies
ShareTwitterFacebookInstagram

Zach Avery plays an authoritative profession in Director and Writer Adewale Akinnuoye-Agbaje’s film depiction of his real life in Farming. Thie film is about a black male who lives in London and struggles with hatred in his heart toward blacks while growing up in a working-class white family. Also, Avery plays a journalist in a film based on a true story called White Crow. This film follows the legendary life of Russian male ballet dancer Rudolf Nureyev. We see the Nureyev’s struggle with his sexuality, following Russia’s societal norms, passion, and his dreams while living in Russia.

ATM: What problems are visible with a black guy living in a white household?

ZA: The problem was not just race, but more of the fact 10-12 black kids were living in this one household. Kate Beckinsale plays the motherly figure to the kids. She really was not there and does not act like a real motherly figure. She seemed to be taking of the kids to get paid. You have these negative race ideologies. During this time, there was a class system regarding if you were darker than another than you got put in a lower class. This is a very tough situation to live in. On top of that, you are a 4-year-old living in the household with 10 or 12 other children in the same house.

ATM: How can the mindset of someone like the male lead character become restructured for how they grow up?

ZA: You have to know how to create your own path at such a younger age. It teaches you that in life you are going to go through these hardships and have cards stacked against in many scenarios. You have to have the resilience and the perseverance to say “Look it is just me. I am the only one that can make my dreams come true and push them in the right direction.”

ATM: What did you observe about the lead character’s shift in persona once joining the white skinhead gang?

ZA: It was a crazy transformation talking to Adewale about what happened as well as watching it through the film. He is so mentally, physically, and emotionally broken down because of what he has gone through in life. He truly begins to hate people who look like him. There is a violent and vicious hatred you see in his eyes that makes him become the head of this white skinhead gang. At first glance, you would think this was far away from his personality. If you would speak to the character, then you would see he has hatred. During this time, he was in a place where he despised people like how to like the other skinheads and gang members. It was sad and crazy to watch and hear.

ATM: Express the hatred that grows in him stemmed from his parents giving him away.

ZA: There is definitely hatred. I’m not sure, but he realizes this hatred later on in his life. He gets so bad in London that he gets sent back to his birth parents. He goes completely mute. He refuses to speak and interact with them. He takes this action path because of this hatred, and he does not fully understand why this happens. He knows there is this feeling of hatred and animosity. He won’t even speak to them.

ATM: Did you become aware of this old term used in London before coming onto the project?

ZA: I was not. I heard about the project. I got sent a couple of pages of the script. I met with Adewale to not audition, but just talk about the whole process. Through him telling me his whole story, this is how I learned about the whole thing. He did a deep dive into the whole situation. It is something I never heard about while growing up in the United States.

ATM: Did you witness any of the tools you got taught in your Doctoral Psychology program inside the minds of these characters?

ZA: I always had this secret passion of wanting to act. There was no thought of becoming an actor and it being a job based on my family. Psychology was the closest thing to it. I have always been interested in people and why they do certain things. You could have two people raised in the same upbringing and they could go different paths. What is the reason for this? It is about internalizing all of this. Everything learned in school. Psychology is more of life. You can learn about the theorist Freud, but it is more about watching the people around you. Looking at their decision and how they do everyday life. School helped, and it was a way for me to show my parents I was doing something outside of acting. It was also about living and taking all this in to help onset.

ATM: Which selection would decide as male lead’s character’s biggest struggle: animosity toward his parents giving him away, his location of where he is while living in this white working-class families, and what he learns about his skin, play more of a role in how he transforms mentally?

ZA: It was more about when he was London. He went to school in a predominately white situation. It would be him growing up in a white middle-class environment. He would get broken down by these people mentally and physically. It was a defense mechanism. The only way for him to survive was to hate people like himself. He did not want to get beat up, so he did it to other people to live. This is not the creative way of doing things, but this what he has to do at the time.

ATM: Do the white people become oblivious of his skin color because he agrees with them in contributing the same hatred and behavior toward black people?

ZA: It is a piece of this, but there is also a fear factor. When you can truly instill fear in someone, regardless of race, this fear is the driving force. He thought no one was going to mess with him. He was a loose cannon. They knew he would do anything to them to make sure he was king. This does erase the racial barrier of thinking I am better than you. Now, this is just a guy who I am afraid of no matter his looks.

ATM: Society has this idea of us living in one world. Each of us is raised differently and go through a different thing. Do you believe this is a world within its self?

ZA: Yes. It really is exemplified by the journey. Race was nothing when he was a young boy. You do not think about whether you are different or the same as other people. When these things start happening, there are things of black, white, or brown. This was the force of knowing he was different and that he needed to assimilate to survive. He grew up to realize these things were not right. He became a person who wanted to teach equality, and there is danger in separating ourselves. Adewale feels it is about bringing people together on a human level than on a race level.

ATM: In the White Crow, how does his sexuality influence how he performs? What does ballet dancing truly mean for him?

ZH: There is inherent sexuality in the nature of dancing, especially ballet dancing. There are smooth sensual motions and especially if dancing with a partner. For him being a man in ballet, there is a notion about him possibly having female qualities and about him

as a homosexual even though you have an extremely man figure doing these dances. There were rules about marrying a woman and living a life doing what a heterosexual man should be doing during this time in Russia. Rudolf did not feel like this. He felt he loved woman and men. He wanted to live a free and creative life. This did not gel with the time, but this helped him dance. He could channel all these emotions all in a dance piece. It draws us in when we see a dancer have emotion.

ATM: Why is he considered a legendary dancer?

ZH: He makes the balance between strong masculinity, but also a balance of fluid unlike motions on stage. He almost looked like he was floating. They were very powerful dancing. These two dichotomies in a ballet piece are what sets you apart than most other dancers, especially male ballet dancers at the time.

ATM: Do you believe he died not knowing he was the epitome of the greatest during his generation and a legend?

ZH: This is a tough question. He knew he was great, but because of the creative nature of any artist, you are always second guessing yourself. You are always using the confidence of feeling great, but it is within yourself on your deathbed. Everything that has been percolating throughout your life and the realities of your insecurities come out. I do not believe he felt he was the best no matter what. I truly believe he knew he was good, but there is always going to be that insecurity where I do not know if you can label yourself this.

ATM: Did you go for Psychology to answer everyone’s question of “What are you going to do after college” knowing you it was acting?

ZH: Yes. Looking back. I do not realize this at the time. It was one of those things feeling like it was concrete and tangible rather it saying I want to become an actor and move out to LA. Everyone looks at you like oh really. This was something people understood. I felt this was not going to make me happy. So, I did not care what people thought and just went for it.