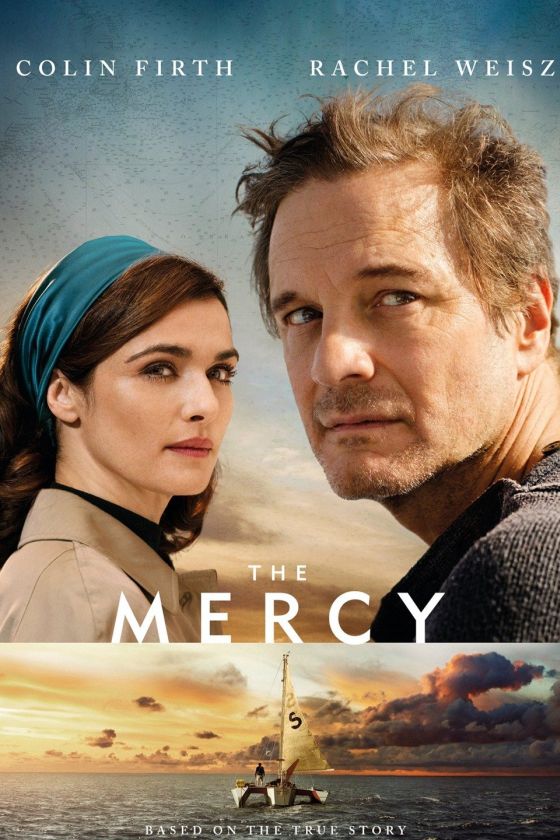 Extras on December 7, 2018 0Likes At The Movies
ShareTwitterFacebookInstagram

The Mercy represents how isolation can influence someone’s mentality and perspective on life. Donald Crowhurst was a real amateur Yachtsman whose goal was to compete in sailing around the world in the Sunday Times Golden Globe Race 1969. In the opening scene, he becomes curious about this race. He seems lost within himself as a person. Even though he is a man, this could be seen as a curious and lost state that is similar to a baby. He is curious to know about the race and wants to take it on. This also becomes his dream and passion. Having a dream and passion is a part of society in the American culture. Crowhurst had a dream, and he goes after it like society says you should. But he has a wife and three children at home. People in our society think an adult’s dreams is over once having children and getting married. How could he live out his dream and still be a father? The answer is that you cannot

do both for long. He tries to, but it gives his dream more attention.

Everyone disagrees he should go but his three children. The children and him being on the same page could be the idea of a man sailing across the world is something a kid would dream. His wife is the one who thinks this is a bad idea. There is a line where she says “[Oh, you were serious about this.]” Crowhurst looks at her in disbelief and as if he has something to prove to her and everyone else. Additionally, he lacked logic about the whole boat adventure. His ambition and perseverance overshadowed this less attention on logic. Crowhurst was not aware of the severity of the trip and the internal effect it would have on him. This contest was extremely bigger than him. To him, it was just proving to the people around him and his family that he could do something. He was already failing with his ad selling company.

People in the film start to label him as a hero while he is freaking out on the boat in the middle of nowhere. Crowhurst had no idea how he started to get seen in the eyes of people. Crowhurst obliviousness is like the isolated mentality someone is in once they are so engrossed in their dream or passion. He represents how a person does not tap into the comments of the world. The internal change someone goes through is never celebrated. It will get overshadow with fame, money, and other notoriety labels.

Crowhurst internal change made him become a new Donald. His new “identity” or “self” is oblivious to the people around him. No matter how many reporters or deep conversation he would have with his wife, they would not be able to capture the change through the words coming from his mouth. He knew this because the change is indescribable. A person like Crowhurst begins to look at the water different, the people in his life differently, and thoughtfully looks at life. It is as if figuratively life is on a wooden table and Crowhurst is sitting in on the outside. He sees all the labels and does not want to be a part of that world. This world includes his wife, children, reporters, and everyone else. The change becomes higher than a rebirth for the husband of three. This is what happens when a person undergoes a journey that is insanely bigger than them. Toward the end of the movie, Crowhurst tells an imaginative figure of his wife “I am something else now.” He does not even say, someone. He objectifies himself as a thing and not classify himself as a person. At this moment in the film, we hear the voice over of his old self and clips of his old self. Crowhurst wants to connect with his old self. He wants to hug his old self. He probably in an imaginative world, would sit his old self down, and ask “Who was I?

Explain me to me.” He knows if he comes back, the people around him will throw a camera in his face. The people around him will see him as his old self. He would coin the title famous but will not feel famous. Society’s only response to a person who encounters the new human perspective Crowhurst does is fame. Why should Crowhurst receive fame for something that was just a passion and goal for him? Why couldn’t he just enjoy his new take on life and explore more of his identity? Society would not let him do this.

In one of the closing scenes, Crowhurst’s wife says something that sums up society and life. “If he did jump, then he was pushed. Each and every one of you here had a grubby hand on his back. Every sponsor, every photographer, every reporter, and the sad little man who stands at a newsstand. To feast on the straps of another’s undoing. Once he was in the water, you all held him under with your judgment. Last week he was selling hope. Now you are selling blame. Next week you will be selling something else.” At the beginning of the film, Crowhurst was doing it for the reporters, but then he starts to realize life is not about pleasing people. Did Crowhurst die or did his old self already become dead? Was his body just an empty vessel for new identities to move in and out? What happens when a person like Crowhurst achieves their dream, purpose in life, and goal? Does the only answer have to be to make them famous?