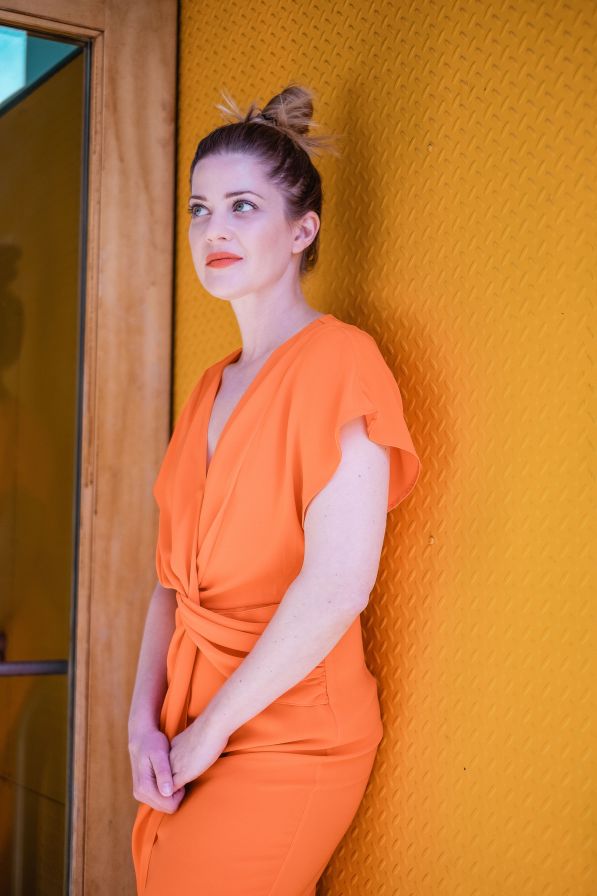 Interviews on January 23, 2019 0Likes At The Movies
ShareTwitterFacebookInstagram

We had the opportunity to speak with Tammy Gillis of ‘A Dog’s Way Home’. Read this exclusive interview where Tammy tells us about working on the beautiful film.

ATM: In ‘A Dog’s Way Home’ a dog, Bella, travels 400 miles in search of her owner, Lucas. She completes the journey.

I find that some humans would maybe not take on this type of expedition, do you feel like this is the type of adventure that only a dog would be loyal enough to travel that far?

TG: This is interesting that you say this. There are a lot of distractions in life. The connection that Bella makes with Lucas in the beginning when he gets her as a puppy, is such a strong connection. Dogs have this amazing loyalty. Something that just popped into my mind, my mom was sick for quite a while and we had a rescue dog that would not leave her side if, ands, or buts. He was there for her 100%. It made me think about George H.W. Bush who just passed away recently. They have a beautiful picture of their dog laying on the floor beside his coffin. A dog’s loyalty is absolutely incredible.

ATM: Since dogs cannot talk English or any human rhetoric, why do you think they take on these humanistic traits like we do?

TG: We are all essentially animals in some sense. There are some absolutely hilarious and amazing pictures online of dogs. They look like they are smiling. My sister has a lab and she come to greet you at the door every time. She smiles and shows her teeth. It’s pretty adorable but also intimidating. Some people can be a little concerned. She’s not angry, she’s smiling because she is happy you are here.

TG: We all need to be more like dogs.

How can concentrate on the smaller things in life boost someone’s sense of living?

TG: I love the idea of this. It is something I actually practice in life. The older that I have gotten, I have realized the things that make me the happiest and are the most important to me are the smaller things. I have a couple of these candle holders in my house that say, “Something Beautiful Is On The Horizon.” At the end of the day, I always take a moment to look back and think about something I am grateful for. More often than not, I find that there is always something to be grateful for, even a small thing. It could be a small encounter with a stranger. You help them out or they helped you out and it just made a big difference in your day.

ATM: Had you worked with animals on set before ‘A Dog’s Way Home’?

TG: I have! There was a movie where a director had just rescued a dog after the floods in Texas. He only had her for about a month, she was terrified and would not come out from under his desk when he first got her. She opened up and started to trust him. It got to the point he would bring her onset. We were shooting in Victoria, BC on the water. It was a really emotional scene for me. The dog kept coming over and putting her head on my lap because she could tell I was upset. Dogs can really tell when someone is hurt, and they can very much be there for you. They can help take care of you and let you know you are not alone.

ATM: How was it working on set of ‘A Dog’s Way Home’? Were there any challenging moments?

TG: There is a scene that is a tough moment between Lucas and Bella being parted from each other, this scene personally was so hard to do. It was heartbreaking to think about taking this beautiful dog of its owner. It was hard to be separate those feelings while playing a police officer.

ATM: What traits does a dog carry have that are similar to a police officer? I would think territorial

TG: Territorial, protective, and loyal. They are willing to get in the line of danger to protect someone. Especially, if they are really loyal to their owner and also for children and puppies.

TG: I agree. The momma bear comes out in everyone.

ATM: If a woman is pushed far enough, then that momma bear comes out. Has this trait ever came out in you?

TG: For sure. I am also a Scorpio, which makes me really protective of my family and friends. I always have their back. I am willing to take a hit in order to protect them.

ATM: ‘A Dog’s Way Home’ was filmed in Vancouver, BC. Tell us about filming there.

TG: Vancouver is such a beautiful place. When you watch the movie, you can just see the incredible landscape. This is a beautiful and heartwarming family movie and the surrounding areas really embrace the telling of the story.

ATM: If you were to plan an afternoon of watching this movie, then what would you take with you to watch it?

TG: I am from a really small town called Manitoba, which is in the middle of Canada. Over three quarters of the people in my hometown has gone to see this movie in this year already. I could not imagine a better experience than gathering a big group of friends, bringing popcorn, and settling down with Kleenex because it is a tear jerker.

Actor John Hensley on ‘How To Get Away With Murder’