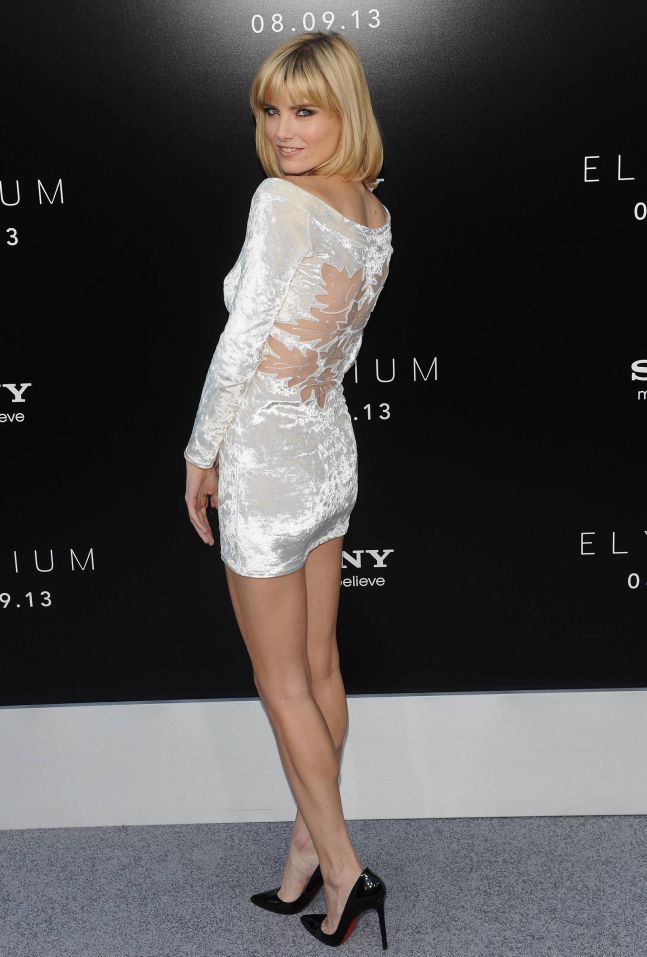 Interviews on February 19, 2019 0Likes At The Movies
ShareTwitterFacebookInstagram

ATM: How can you still see the comedy in romance if it derives from an emotional feeling?

Eugenia: I met the director Todd at a dinner party. We started talking about rom-com and how much he likes this genre. We were talking about our current relationships in real life, expectations, and how much people are educated. They have all these expectations about love and relationships. We bonded. Todd wanted to explore the genre, coming from a comedy background. He wanted to merge the two and bring in all these characters. Love is a funny subject. It is maybe coming from someone who is international looking at the culture in America. It is funny to me. It is a Valentine’s Day where everything is only one day. It is about white chocolates. You can say love is an addiction. I do say this sometimes, and I researched a lot about it. Because of these expectations, it gets you as high as heroin. You go after this one person. There is a lot of room for comedy in romcoms. Todd did a great job exploring it in this genre and writing it.

ATM: How does this film continue the culture for American romcoms?

Eugenia: It is interesting because it gives a new spin to it. I think it took Todd about two years to edit it. He is very particular of what he wants to accomplish. He is a great director. There are a lot of fantasy scenes inside the movie. I shot for three days and was a part of the fantasy scenes – the wedding with Rebel Wilson. It merged a lot of fantasy and real life. I am sure it has a personal touch in this. There were no posters for it. You can see the humor that the people approached like how the marketing approached it. There is not a straight “eat this chocolate” kind of product. It is a little bit more interesting.

ATM: What has been your experience with indulging into the fantasy part of love?

Eugenia: Talking to Todd at this party inspired me to be a part of this movie. There are different levels of love. There is unconditional love. A lot of people in this culture are not educated about it. It is a business in a way — sale a lot of roses, chocolates, and a whole lot of expectations. I like being a part of it. Also, having a few relationships and married a few times made it seem like a more rounded experience for romantic relationships for me, in my perspective. I’ve had all kinds of different relationships. It brings traditional things from different cultures.

ATM: How can someone’s everyday life influence how they approach love or romance like in rom coms?

Eugenia: We are not written by expectations. We all reflect on our experiences. Rebel is such an inspiration for me personally. I research a lot of actors. I saw how hard working she was the whole time working on this set. She is on top of acting. She works with writers and directors to make everything top notched. A lot of times in old time romcoms they have a heroine. She is just a different heroine. She is a 2019 heroine, and she is badass. She does not care and has confidence. It is very inspirational. She had a concussion and then went back to work. She is a very different type of character in real life. We need different type of characters like this.

Eugenia: I would say it is an unconditional love that is happening. It is something I never thought of getting into but got pulled into. Compared to real romance, it is kind of cocky. It is the love of connecting on a real level without expecting anything from it. It is not a career choice. A lot of times you have to travel across the country. It is very tough talking to strangers. It is what makes me very vulnerable. This is what real love does. It is the intimacy you bring no matter the outcome. It brings me joy no matter the outcome.

ATM: In what ways have you loved comedy through good and bad times?

Eugenia: Whether this is standup comedy or just comedy, there is a lot of times when you do it, and you can bomb. This happens to anyone. The more you think this you admit to both. In standup comedy, some comedians always do the same thing. If you want to grow, then you have to try new things and dig deeper into your psyche and everything else that is happening with you around in the world. You must be open and able to try new things. There are going to be times where people do not react to this. You can spiral into self-pity, denial, or reflect on this. You have to decide this is something worth it to you and why. This is unconditional love at its best and worst.

ATM: What is your character’s perspective on romance and how it could get used in a comedic way?

Eugenia: It is interesting because I am a model, my perception played against Rebel Wilson and had to judge her in trying to be more romantic. I brought more comedy to her comedy. My perspective was very judgment and the model type. My perception is very different than in real life. In comedy, the more you make the main characters have more problems, the more it creates more drama.

ATM: How is this different than what you would do in real life?

Eugenia: In real life, I am the most open-minded. I am a people pleaser. I love meeting people from different backgrounds, cultures, and a big supporter of women’s rights. For me, there are a lot of issues I would not judge.  I saw a lot of things happening in Russia. I am trying to be supportive of other women all the time. I feel it is my mission in a lot of ways in life. It would help if you did not judge someone because they are trying to be vulnerable at the moment.

ATM: What things did you see happening in Russia?

Eugenia: In Russia, the comedy was very propagandistic. Women were not allowed to do a lot of things. A lot of times, I found in the modeling industry that women were objectified. They were judged on their appearance, but not related to things in terms of whatever they had to say in their voice. This is what makes me deeper into personality. In moving to America, some things can be more opened and talked about and changed. There should be more conversation because everyone is an immigrant. There is a lot of things that have multiple angles in them. I would not judge someone of a square perspective. I would take the time to look at this person more.