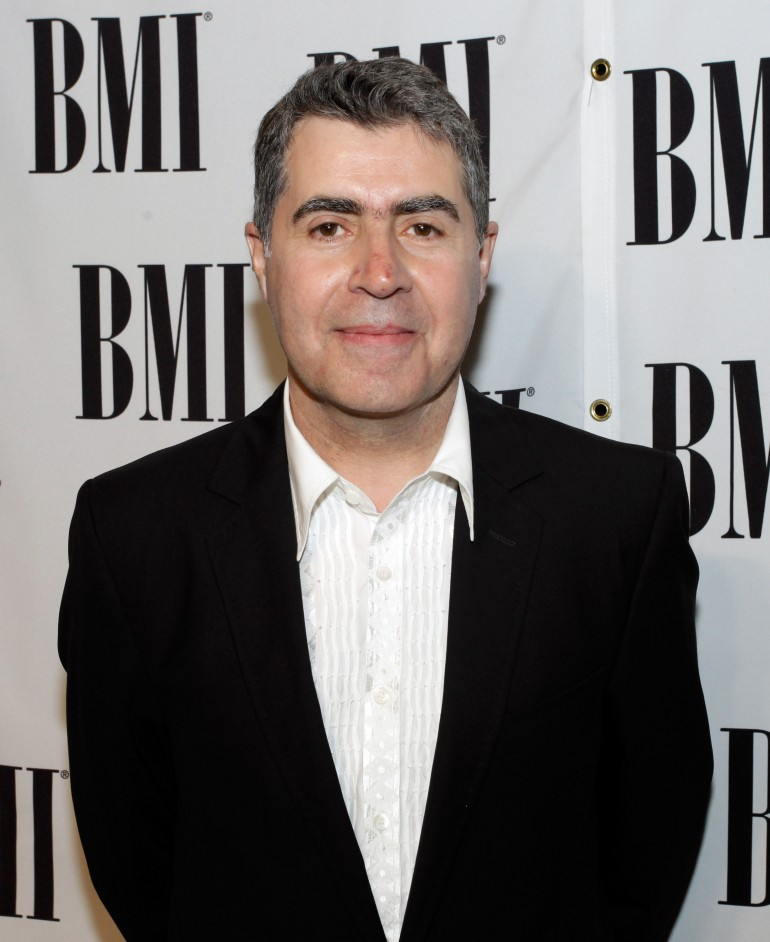 Interviews on April 2, 2019 0Likes At The Movies
ShareTwitterFacebookInstagram

Music composer Javier Navarrete worked on the film Greta. which is about a deranged woman who seeks out attention is various communicative ways. Navarrete discusses the music styles used in this film.

JN: You ask good questions in your other interviews. I like them.

ATM: Well, thank you. What line of instruments did you want to combine with the film?

JN: The director had in mind for the main female character Greta to play the piano. He had some ideas and kept some. The film is a horror movie so someway in the emotional moments. This is one line of the tender moments. The other main line would be suspense. He wanted to use electronic instruments. The sound in the movie is like a broken piano. It is only professionally in the movie.

ATM: When you are not composing for horror, how does this change your approach?

JN: The music depicts the movie. My approach are mediums. We do not know the movie from somewhere in the movie. We have to be empty to what is already there. The director wanted the music to play matters on the character. It is a character that plays behind the camera. This film was mainly based on the character’s emotions and being gentler.

ATM: If you had to give an assessment on your style, then would you say there is an infusion of classical music?

JN: The classical music in the film is inside Greta’s character. Her memories are embarked in classical music. Her husband used to beat her and was abusive. The inclusion of classical music was important. The young woman played by Chloe is more rounded.

ATM: Compare the electronic music in this film to Mozart and Bach’s music?

JN: All their music is about the same at the end. Electronic music connects with the other music. Also, with the romantic music, which is flat. It does not have much dynamics like romantic music.

ATM: From these elements, what key things do you like Mozart and Bach music?

JN: The melody. The character Greta is sad and dreamy. It is all old and timeless. A huge body of their work is instrument. The sound of their music was meaning to be played in social meetings or reduced ceremonies. In terms of music, it would be the romantic poem in the beginning of the 19th century. It was a program of the music and it was why he was so romantic. He used to write the music. It was not really Mozart for us.

ATM: Why did you fall in love with composing music?

JN: I used to play the guitar. I used to play jazz and rock. Currently, it was all there was. It was hard for me to get into a band because everyone was so idealistic. Then I thought I would like to do something that involved everything. We did not have computers during this time. We had radios. This was my jump. I jumped from classical music to doing electronic music. It was quite natural to jump to films. It was always the same. It was the best way to do it. It makes you have more projects that you like. It is still a delay with yourself in the moment. So, what you hear inside of something you like, you lose in terms of platonic.

ATM: Has there ever been a time when you got so immerse in the sound and harmony that it caused you to forget everything around you.

JN: Yes. I used to be married. Every time I said I was doing a movie, I would say to my wife, “I will see you tomorrow.”

ATM: How did this feel?

JN: It feels great. It is like my little world filled with solutions. It is very much different than in the real world. This is why everyone wants to be a musician or writer. They want our world in which they can have for themselves. We are control freaks.

JN: Yes exactly. Are you a musician?

ATM: No, I am not. I am an early 21 St Century female thinker, theorist, and writer, which are applied to having a career as a journalist. I believe everything is art. It could be music, composing, or words. But as I always say, anything that can take you away from the world that is around you and you regulate it, then it is art. I mean Picasso did it. Your composing inspirations did it.

JN: There were a lot of composers immerse in this vision. They had a lot of turmoil.

ATM: You just said something about not being able to look at other work because you do not become responsive. Sometimes looking up to other people the authenticity force or the creative difference one should have is different than someone else. When you are tapping into someone else’s imagination, you get assimilated. You become into their world and it does not feel the same.

JN: Yes. The painter Picasso said he learned from himself before he started to learn from other people. You can say this.

ATM: You do have to learn from previous people to learn the profession and the work. You have to study them without copying them. You can use what they did without staying into their world and moving into yours. Are you familiar with the Baroque period?

JN: Yes. Among others. Mines comes from the 1800 century more than the Baroque. Mozart is like muscle for the brain. His melodies are what we still whisper. Bach is way too old. I like it a lot, but it does not belong to us anymore. It seems to be not that important.

ATM: What expression comes from Greta while she plays on the piano? How is putting Franz Liszt’s composing style in a modern film still show historical elements of his music?

JN: It is more from the music during the 19th Century. It is very emotional and melancholy. You feel the expression that belongs to an old time. This lady lives in a very old and world. It is a dark, melancholy, and frustrated world. This is the dream of love.

ATM: He has a quote saying, “Sorrowful and great is the artist’s destiny.” Can you relate to this in your line of work?