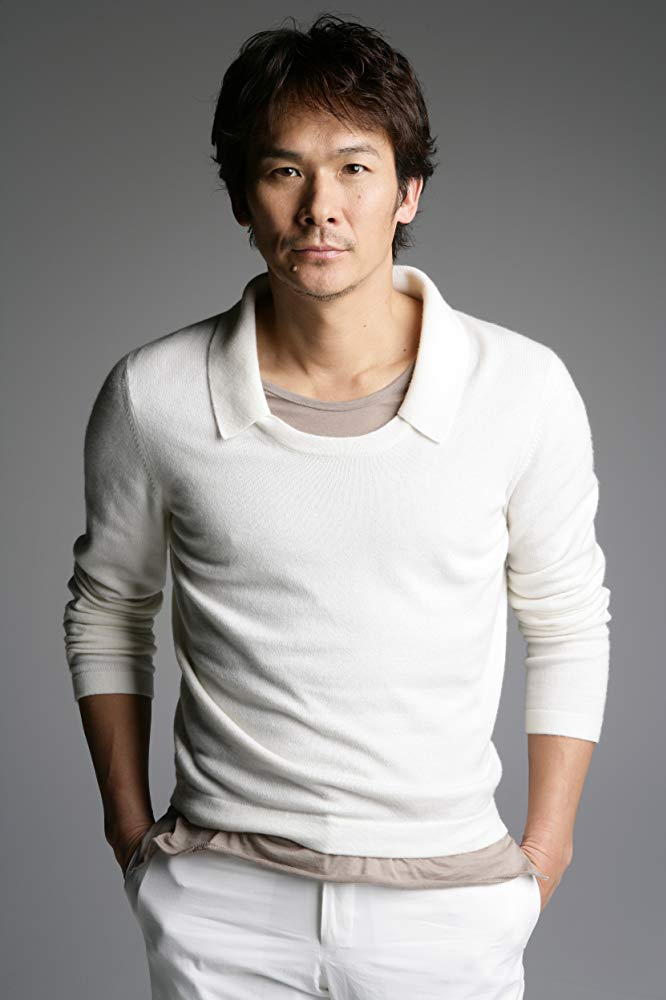 Interviews on April 19, 2019 0Likes At The Movies
ShareTwitterFacebookInstagram

ATM: What does family mean to your character?

T: I have nothing to do. I used to love my wife, but she died. I feel so bad. I do not know what to do with my life.

ATM: How are the mother-son relationship valued in the film?

T: Everyone is born from their mother. We respect mothers. The main character’s mother died a long time ago while he was a teenager. He loved his mother. He wanted to meet his mother again and wanted to understand more about his mother’s life.

ATM: What do you reflect on life while traveling to Singapore?

ATM: How is ramen noodle important to your culture and how this importance continued?

T: My son likes to eat ramen every day. It is easy to eat and fill out our stomach. It is very convenient. There are many ramen shops in Japan like there are coffee shops in America.

ATM: So, as prevalent and popular as coffee shops are in America is like the prevalence in Japan.

T: Yes, there are many ramen shops in Japan and different types of Ramen like Soy Sauce.

ATM: How is your character seen as a creative person?

T: I have had many restaurants in Tokyo. This is not ramen shops. I was the owner. I understand how to run a restaurant. I am also a businessman and also an actor. For him, it is natural for me to play this role because I was already an owner.

ATM: What would be your perspective of your character if he worked for you in one of your restaurants?

T: I worked hard at my restaurant, but the character does not work. He is very bad. He does not want to work since she lost his wife— this the very opposite side of it. His character has lost his passion for work in the story. He feels bad. As an owner, he knows how hard he needs to work to operate a restaurant.

ATM: What is the difference between how you have witnessed the running of restaurants in places in America vs. Japan?

T: I used to own a restaurant in Los Angeles. There is a difference between Japanese and U.S. restaurants. American restaurants are more staff and easy going. Whereas, Japanese staff is more serious, detailed, and hard working. There are so many employees in Japan. This is how I feel. They have a more caring attitude. In Japan, they train so many employees with teaching them how to care and take care of the customers. All the employees follow this training. There is much difference. It also depends on the restaurant in the United States. We have a McDonald’s in Japan, but they are different. There are also so many kinds of restaurants in the U.S.

ATM: In America, there is a hierarchy with the culinary art business. You have to work yourself up to the executive chef. Before this title, there is the sous chef. Someone does not just get the job as a chef. They have to work themselves up to the title by going through different positions.

ATM: What is your reflection on how America cooks Japanese food or evoke the culture?

T: The restaurants that cook Asian, Korean, and Japanese are not good. It is different from the Japanese. For example, the taste of Umami at the hamburger shops. Umami is from Japan. It is like a flavor from the natural soup stock from the raw material. Like the vegetable and poultry. It is like a basic flavor, and it is important to start cooking with. I see some little American restaurants trying to interpret Umami in your culinary.

ATM: How are Japanese people and culture respected in America?

T: Through the food of Japanese culture, America is getting to the point of approving Japanese.

ATM: Are culinary arts a dominant career or less looked at a career in Japanese?

T: The U.S. has a bigger restaurant business. So, it is more dominant in the United States.

ATM: There are more restaurant owners in America than in females. There is a gender bias in the restaurant industry over here. If this is not the dominant career in Japan, then I would assume women are less likely to be the owners of the restaurants there.

T: Yes. It is the same in Japan, Gabrielle.

ATM: How is American culture treated in Japan and how do Japan people view America?

T: Most Japanese admire America’s culture. After World War II, they brought so much culture to Japan. Then most of the Japanese people accepted it with happiness. It is very natural for Japanese people to use American culture.

ATM: What aspects of learning from your education was used in this film?

T: The sad part about this film is that it is all about war. The war between Singapore and Japan made an impression on the grandmother of the main character. She hated Japanese people because of the bad experience of the war. This film shows how both cultures are getting better after many years. They overcame the humanity between two culture after a lot of years. She finally forgave Japanese people through her grandchild.

ATM: Your education is different than in America. You all have a little difference in your grading system and how you all operate.

T: Yes, it is very different. I had all my education in Japan. While in high school, it was from A to 5 levels. Now, it depends on the school. It is from A to C, or good, better, and not good.

ATM: Here, we go by the A-F grading skill. We also go by 0-100. This depends on the level of education and learning, but not by schools. So, the 0-100 level will get measure different from a college level than in regular education such as elementary-high school. The grading scale is slightly different the higher you get.

ATM: What is learned about Japan’s history to Japan students or in general?

T: Everything about the culture from when human beings were born to present. We also learn about war history.

ATM: A lot of things in America’s history are kept out. It depends on race whether your education is well kempt. Predominately for my race and gender, a lot has been omitted. A lot of people do not know much about what has happened. There is hardly any to no information dating back past 1492. Some people are clear, and some are kept from being clear. This can be based on socio-economic levels.

T: I have children. It is always not true. Most are true, but sometimes it is mostly false. I teach my children not to trust everything in the textbook. Some are true and some maybe not. Isn’t this the same for the U.S., Gabrielle?

ATM: Yes, most definitely. Some companies just like to fill up pages.

T: I do not need to trust everything in the textbook as far as history.