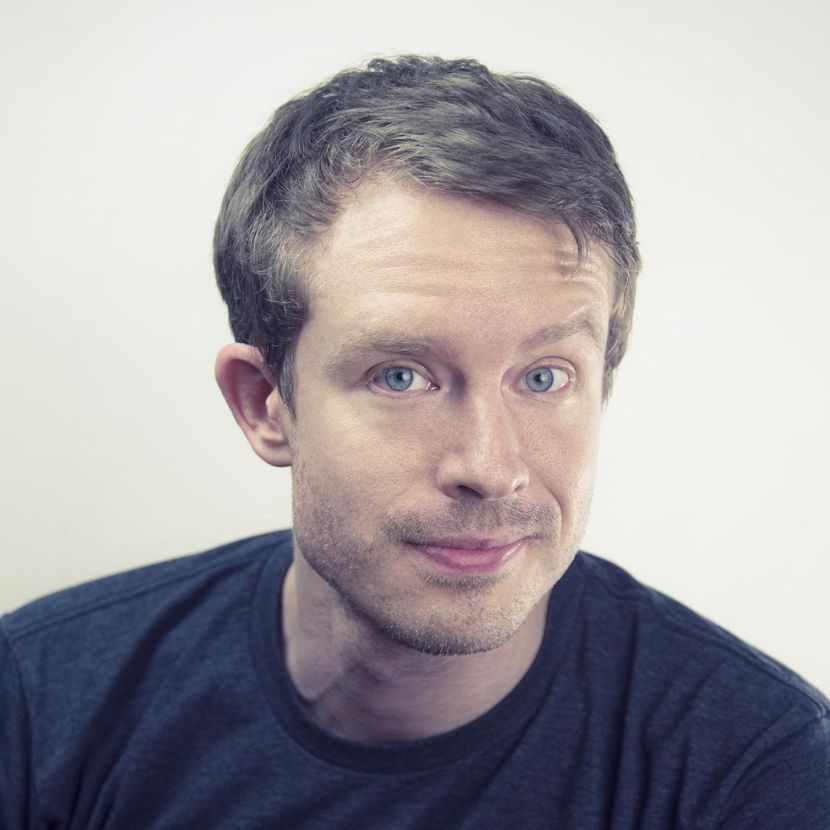 Interviews on May 1, 2019 0Likes At The Movies
ShareTwitterFacebookInstagram

ATM: The color sequences gives a dystopia vibe in Castle Rock. It makes it appear like a gloomy environment.

JC: Yes. The color palette itself was derived from the idea of it being the genre of the self. It was it becoming a muted vibe and we wanted a horror to feel to it. We to embrace this so that it evokes this feeling of uneasiness and horror between the colors. It is the extensive use of black and darkness and the shadow moving over things. These things are used to evoke the genre.

ATM: Take me back to the Adobe Illustrator and Photoshop moments.

JC: We are cleaning these sequences. We do this by creating style frames. In this step, we are just pitching it to the story runners and our clients. We try to find the iconic movement and what they will feel like. For this, we are using Adobe Illustrator or Photoshop. We carefully thinking it through. We are just putting out ideas to get a general concept. It was a lot of pulling references and scanning books of Stephen King pages. Once the showrunners are on board, then we start making it and bringing it to life. In this case, there are a couple of different elements we are creating.

The idea of the flowing pieces of paper. There are polymetric spaces and paper moving around in it. We used cinema 4D to make this. We are acting depth of field and lighting. So, you can see the moving light moving over the texture. There is a lot of richness to this in detail. There is the actual content of the book. We brought some scans from eBay. A lot of it is what we created ourselves. We created the Shawshank Map. This the map we created. This is based on the prison they shot in Shawshank Redemption. The little garden on the edge of it is based on the shining. This was all done manually.

ATM: Emotionally, how does he make you feel when some people seem to not be responsive or caring to your career?

JC: This is an interesting question. It has become a real art form within the last ten years. As a title designer, this is amazing that people are starting to recognize as an interesting art form. In a lot of cases, networks would release the title sequence ahead of time as a form of marketing for the show. It would go YouTube. There would be thousands of people talking about title sequences. It is an amazing time to be a title designer. But on the other hand, Netflix has introduced the Skip button. This is interesting because when people binge-watch shows they often skip the title sequence. They are watching a bunch in a row and want to get by it. I am torn by this. This means they have made this button as it is a demand for it.

It feels like it is taking a part of the show and artwork that has been created. This is something me and other title designers have discussed. Like is there something we did to do differently to engage people. So, they are not interested in skipping it. There is all sort of options of rethinking the title sequence. We over think the title sequence a lot and make it the storytelling device. A title sequence is a creative and legal exercise. It is about all the people who went into creating it. It is interesting in this way of looking at it. You are not just skipping over the artistic view, but also the credit of the people who brought it to life. There is a landscape to figure out how we engage an audience. The question is what we can put in there to make them not want to skip it.

ATM: So, do you skip when watching Netflix?

ATM: I can only talk for this society and not for others, but this is just the type of society we have moved into. We are impatience people. We want to go to the next best thing. The term of binge watching was not even around 20 years ago. It speeds up our curiosity. Some people have the skip button as a way to dismiss the title sequence. Some might not even notice that they are even skipping the title sequence. YouTube has it for videos. We want to know if Jimmy kisses the girl.

JC: You are right. You want to keep on going. It is less of a sitcom these days. You want to keep watching a 10 hours series or movie. You do not want to keep watching the commercials and sitting for the commercial breaks. I understand the motivation in this type of shows. It is entertainment. It used to be you would sit down once a week to watch an episode. This mindset when you have not reconnected in this in a week, it makes sense to present an audience with something that takes them out of their world or problem throughout of your day. It puts you back into this world and you want something that eases you back into Western Manhattan or any setting. This is not the case now. The change is going to happen eventually. We are in the middle of it.

ATM: This sounds like a niche market. A lot of people might not even be aware of the process that goes on with your profession. This binge-watching culture has something to do with it. The art that you all make will probably be adapted into art history in the next generation. Some people might be confusing the title sequence with the trailer.

JC: There is not a lot of difference between them. A trailer is a more direct cut down of elements from the show or the movie. It would be taking shots of the actors such as talking about them and making them feel dramatic. It is a teaser for the show or movie. A title sequence can have elements of this like you said. There is an overlap. A title sequence is not designed as marketing and it is not intended to attract someone who is not already watching it. It is the advantage of it someone watching the title sequence, they have already sat down and decided we’re going to watch it.

We do not want to make it boring or off-putting. We do not need to sell the show or convince them this the show they want. It is different with each show and movie. With Game of Thrones, it is about introducing the layout of the world and things flying around the map. You see spatial relations. It is trying to get the mood and vibe across. There are a million reasons for what you are trying to get across to the audience. “What do you want the audience to feel when they are finished watching your piece?”