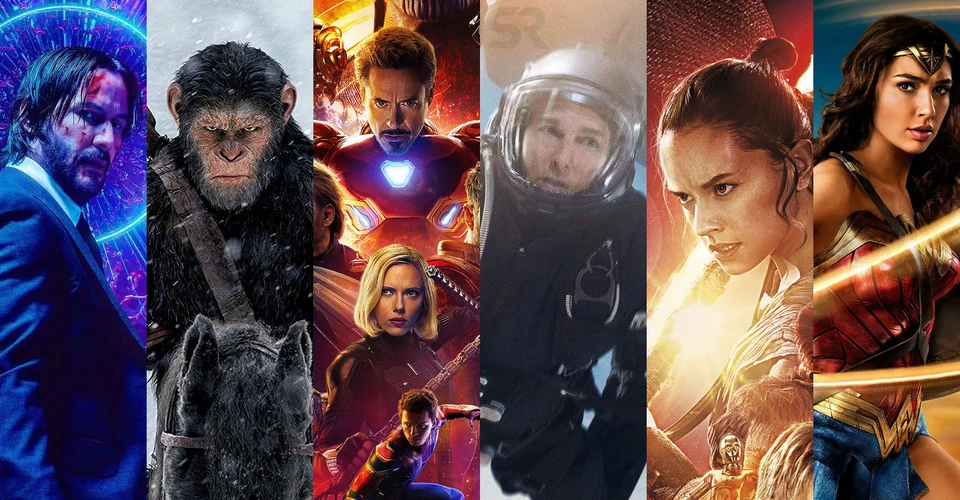 Everybody enjoys a satisfactory conclusion about whether it is in regards to a book, TV show, or film series. It allows us to embrace something that has lived by us during our childhoods or the mainstream pop-culture that changed us for years. Unfortunately, the pendulum swings in both directions when it comes to these finales, and it becomes a case of whether we ignore the disappointment that concluded the series or accept the reality and struggle to move on. Furthermore, we shall delve into what finales ended on a beautiful or distressing thought. (Note: This article will attempt to cover as many film franchise finales as possible and doesn’t include some franchises that are still continuing such as John Wick or Mission Impossible.)

Before we delve into some historical bouts, we should honor several finales and leave them up for debate on whether they finished on a high or painful note. The Bourne Ultimatum, The Lord of the Rings: The Return of the King, Back to the Future Part 3, High School Musical 3: Senior Year and others have concluded their series with a heartwarming touch. These are chapters that are worthy cappers to trilogies that will continue to exist in the film spectrum and satiate our tastes in times when we wish to enjoy a thrilling capper.

However, some finales disrupted the momentum of their respective trilogies such as Saw 3-D, Death Wish 5: The Face of Death, Beverly Hills Cop 3, The Dead Pool, Alien: Resurrection and more. What started as refreshing for all these franchises ended on an agonizing memory. It does go to demonstrate how liable finales can be. Yes, they have all the ingredients to succeed, but that doesn’t guarantee they will.

Moving onward, here is the list celebrating a select few franchise endings. One’s mileage may vary depending on the choices of this writer, but the select few we’ll be talking about are ones worth relishing (and despising).

This should be everyone’s go-to when we talk about film franchises that encapsulated us from the start. The Harry Potter series does have an advantage due to initially being a book series, but the films created somehow flourished in their footsteps that it is impossible to not consider them when talking about film franchises. The finale, Part 2 of the Deathly Hallows, was powerful, astonishing and beautifully-crafted. Harry Potter and friends take one last stance to defeat Voldemort and end his reign of terror on the wizarding (and non-wizarding) world. It truly does all end here spectacularly and unforgettably thanks to the talented cast, striking visuals and work of director David Yates.

As another plus, this series also set the framework of finales being split into two parts with it being applied to The Twilight Saga: Breaking Dawn – Parts 1 and 2, The Hunger Games: Mockingjay – Parts 1 and 2, and Avengers: Infinity War and Endgame.

It was inevitable that this would show up on the list. The first Matrix brought an awesome complexion on the philosophies regarding religions and reality. It was a visual treat to behold and re-invigorated the science-fiction franchise. By the time we get to Revolutions, it was time to almost give up on the franchise. Why?

Because there’s too much exposition, too much involvement in the real world, lack of ingenuity and (arguably) some dull action-pieces. The story plays whack-a-mole and becomes very inconsistent in what is truly being addressed. It feels as if the Wachowskis exercised all their mastery in the first one and applied creativity in the action for Reloaded, but forgot to make Revolutions feasible. There is a fourth chapter in the works, but most of us can reflect that for the past 17 years this respective finale ended the series on a whimper.

Pixar has delighted us for decades with many visual treats from their collection of films. Their biggest triumph? They somehow have continued to muster and perfect a near-flawless saga in Toy Story. The dazzling animation, heartfelt messages, and clear direction make this one a clear and decisive winner. Any person of any age can enjoy it, knowing it touched them in some capacity. The fourth (and final?) film still managed to make us question our true purpose in life, no matter what you are.

Before anyone throws a tantrum, hear out the problem. Francis Ford Coppola made two classics with the first two in The Godfather series, with Part 2 being regarded as one of the greatest sequels of all time. Part 3 wasn’t a bad film, but it isn’t as majestic as its predecessors. The film attempts to retread waters that the first two accomplished thoroughly, and fails to recognize its existence properly.

Remember, this is a series that deals with revenge and rivalries, and the third one becomes somewhat oblivious to what had been accomplished. The film lacks heart, in which the actors and camerawork fail to make it memorable. The story becomes a bit iffy and Al Pacino can’t do enough to salvage it. No Robert Duvall and Coppola’s daughter brought in are somewhat baffling decisions.

It’s a film that was kind of made without passion (since the studios desperately wanted money). It is questionable that this one should’ve been made, but it is a flawed masterpiece of a film. If we compare Part 3 to the first two classics, it falls short of expectations though and is one that many would rather avoid talking about.

(Part 2 and Part 3 will be available for reading soon.)