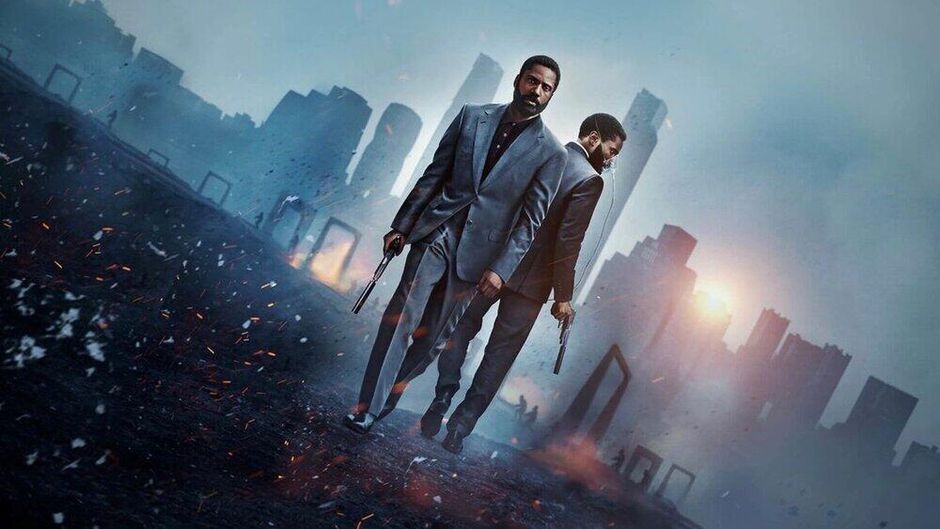 Alright, Christopher Nolan, it is time once again to show off your metaphysical and epistemological ideas in splendid fashion. Tenet, the titular (palindromic) name, will ensure we comprehend what comes forward must come backward.

A film smothered with hype (after being delayed three times since its initial release date in July) becomes the fitting example of trying to escape a complex maze or solve a Rubik’s cube (or whatever similar model one can furnish). That may be conductive, but it is not the same as practical.

Christopher Nolan has become the modern-day Stanley Kubrick, where he consistently likes to challenge your sense of knowledge while also suspending your disbelief. After the cosmic soul-filled Interstellar, the masterful Dunkirk, and the enthralling Inception, Nolan tries to experiment with Tenet, a film that boldly explores an interesting entropy, but comes with a sense of wariness in the narrative field.

The plot revolves around a protagonist, I’m sorry, “The Protagonist” (John David Washington), who must learn to and manipulate the time flow (inversion as referred to multiple times) to prevent a devastating world war. After an intriguing opening, his boss Victor (Martin Donovan) informs him of “Tenet,” leading our main character to squirm his way into the life of villain Andrei Sator (Kenneth Branagh) and learn of his abused wife Kat (Elizabeth Debicki). The Protagonist also learns the time inversion very consistently with his newfound partner, Neil (Robert Pattinson).

Nolan incorporates his notable style immediately, and it wows us from the start. He can conjure an action extravaganza exceptionally, and it was no different here. From the crashing of the 747 into a building to a hallway fight scene with the characters moving in and out of time to cars flipping and driving backward in an extended chase sequence, the action is undisputedly astounding. The James Bond and Mission Impossible series may have actual competition on their hands.

Also, bullets that move in and out of time? Superman get ready to start facing your fears. The inversion sequences are ridiculously intuitive and fun, almost like that quick time-reverse scene in Marvel Studios’ Doctor Strange’s third act.

John David Washington gets to build on his charismatic, calm character. His screen-time with Pattinson comes about naturally in the eruptive settings. Debicki was surprisingly good, and Kenneth Branagh ensures he will grab your attention. This writer was unsure if Branagh was attempting to sound like Mandy Patinkin’s Inigo Montoya, though.

Unfortunately, this film may not be considered a Nolan classic due to several slight nuisances. The mysterious stuff surrounding the film’s entropy tends to pile up, so instead of utterly understanding it, you must have to learn to accept it. “Don’t try to understand it, feel it,” which the film iterates to the audience. That may work in some cases as a director can give you something to taste, and the result may be sweet. The story, however, is murky. It’s almost as if you were trying to explain Stanley Kubrick’s extensive ambiguity in The Shining to someone but forgot to mention the movie’s simple (yet compelling) story of Jack Nicholson getting psychotic around his family due to long-term isolation. Nolan may have sacrificed years to create this script, but visual spectacle cannot shield a confounding plot. You might catch it on another viewing, but is it worth the time and effort?

Another thing that occurred (that may have been entirely unintentional) is the dialogue becoming muffled at times. It bordered, making the film almost misunderstood as one tries to battle the characters’ accents to grasp exposition and essential plot details. A fight scene followed/preceded by inaudible dialog does not warrant any medals to the sound mixing designers. This writer would suggest one watch this film with subtitles.

All in all, Nolan brings his ingenious grandeur and ambition to screen, so Tenet will aim to blow one away. This work’s downsides may prevent him from securing a spot in the Oscars, though, a place he has become accustomed with for many years. It may not be his best motion picture, but it is one that is worthy of viewing.