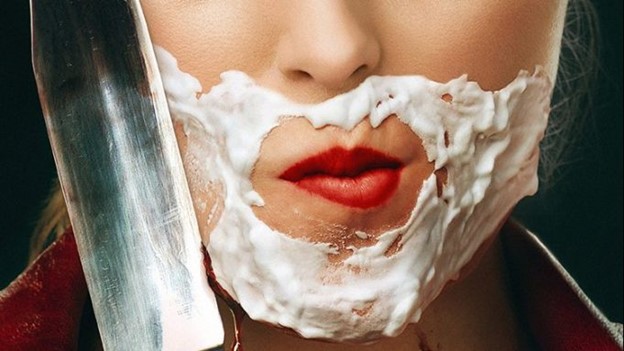 Body switching? Sounds freaky enough as it is.

Freaky is a beautiful surprise of a film that somehow blends comedy, horror, and heart well together. It is astonishing how far along director Christopher Landon has come to perfect his adoration for the supernatural genre. After his works over the past few years (not to mention his Happy Death Day piece and its sequel), he needed a sure-fire hit to stamp his name all over, and he finally got it.

The film centers around Millie Kessler (Kathryn Newton) attempting to steady her life by several troubles, only to come across a huge problem in the form of the Blissfield Butcher (Vince Vaughn). The serial killer’s magic dagger causes them to swap bodies, and Millie has only one day to reverse the switch (while being hunted) before it becomes permanent. The killer, meanwhile, utilizes her body to execute several of her classmates.

This work has a gruesome yet conscious vibe attached to it. Everything seems to be calculated by the production team as the film gets the general gist right with a killer using a sexy female’s body to lure victims but lacks the brute strength of a male. Meanwhile, Millie realizes why males do not wish to become kicked in the groin. Director Landon takes advantage of the usual scary cliches but understands each of them, and it strikes a more potent effect.

Vince Vaughn seemed to be enjoying himself here and does a great job selling himself as both a serial killer and a teenage girl wanting her body back. Come on; he did a homecoming dance in front of Millie’s closest friends. Seeing a grown man do that nowadays is the definition of a meme. The MVP was Newton as she goes from a shy, troubled teenager to someone who watched episodes on how to be a murdering psychopath and nails every aspect. You don’t want to mess with her.

Everything else fits in nicely, from the touches of comedy to brutal kills to Millie’s family life where her father figure has passed away, and she is shy about confronting a young man at her school. It does become a bit silly when the film forces itself through contrived situations, and one must accept the characters’ ridiculousness to avoid the predictability factor. Sure, Millie has multiple obstacles in her way before fulfilling her desire, but some of them become tacked on for the sake of dragging out the inevitable.

Fortunately, Freaky progresses as an entertaining slasher and cements Christopher Landon as a rising star in the respective film territory. Filled with a bloody yet fun atmosphere and two solid lead characters in Vaughn and Newton, this movie is about as freaky as it gets. And it does so in a satisfactory fashion.