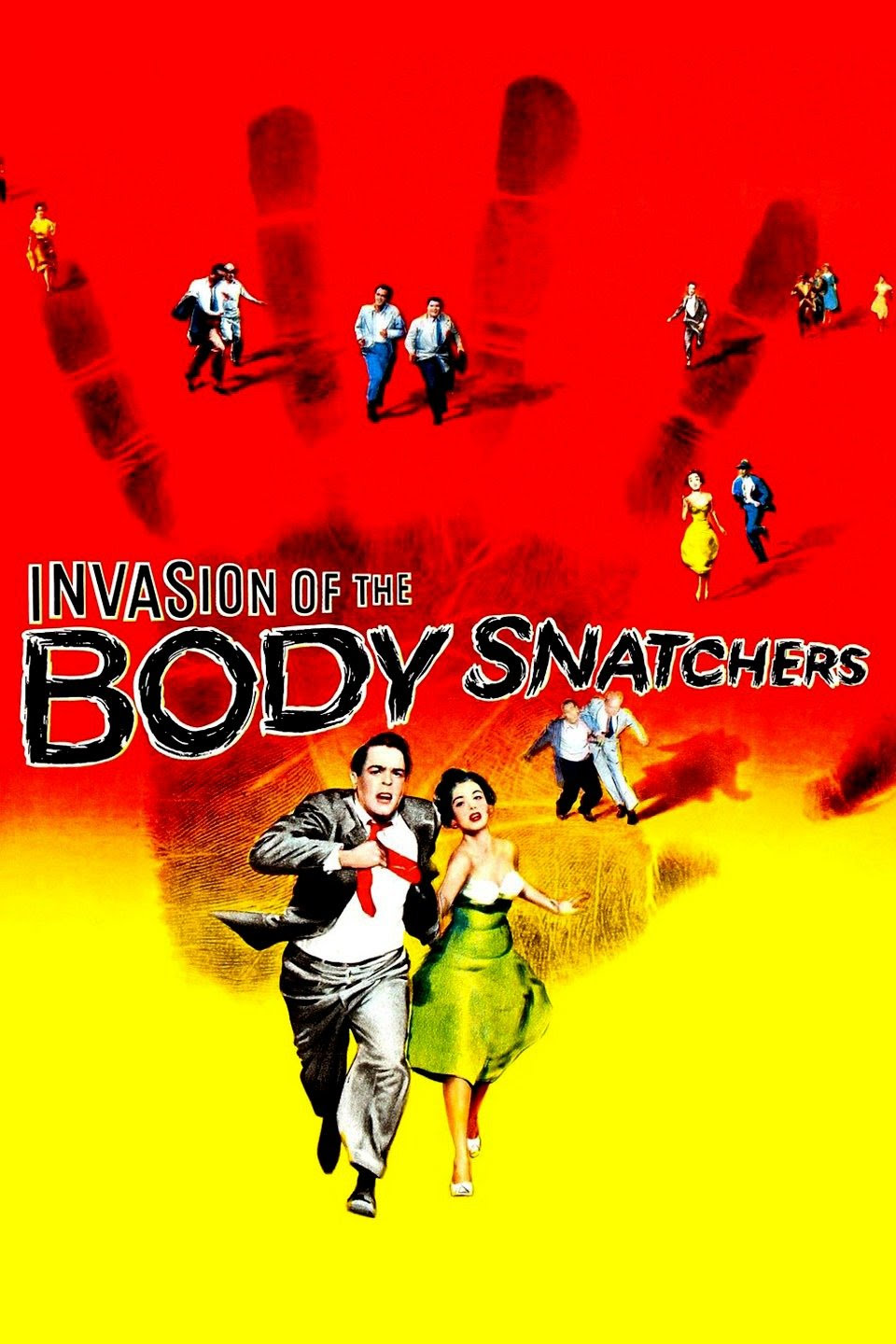 Movie Reviews on February 6, 2021 0Likes At The Movies
ShareTwitterFacebookInstagram

(65 Years of a Suspenseful Sci-Fi Classic)

Sixty-five years ago today, Invasion of the Body Snatchers premiered in theaters. With a string of remakes and the absorption of the expression “pod people” into the slang American vernacular, the film has been enshrined in pop-culture posterity. Clocking in at a breezy eighty minutes and featuring an outlandish plot of alien invasion, it seems—on the surface—like it would be indistinguishable from the other hundreds of cheap, cheesy sci-fi B-movies that dominated the drive-in theater scene in the 1950s. Yet, Invasion of the Body Snatchers takes its absurd premise and turns it into a high-minded and highly stylized picture, one with film noir visual characteristics and a brilliantly cloaked political commentary. All these decades later, it remains the perfect balance between schlock and erudition in both stylistics and ideas.

To those unfamiliar with the plot (first, who are you and what rock have you been living under), there is not much to be said. A doctor in a fictional California town notices that many of the residents are acting strange. Gradually, he uncovers the truth: extraterrestrial spores have been landing on earth, eventually growing into pods (which look like huge plastic cabbages) that produce emotionless replicas of the townspeople. The doctor attempts to stop the invasion before it spreads to the rest of the world.

One of the great strengths about the film is that it is self-aware. It knows its premise is ridiculous, but rather than try and formulate a long-winded scientific explanation to make it seem more probable, it simply runs with it: a B-movie premise ought to remain a B-movie premise, and any attempt to render it more believable will have the inverse effect (e.g., the implausible non-explanation in Night of the Living Dead).

Yet, despite the self-acknowledged ridiculousness of the plot and the corny special effects, the film is suffused with legitimate tension, an accomplishment that must be attributed to cinematographer, Ellsworth Fredericks. The shots of corridors with wide-angle distortions render a labyrinthine illusion of infinitude, inculcating a sense of hopelessness and added tension as the situation progressively becomes more dire. Speaking of tension, there is a brilliant shot where the two main characters are hiding in a closet and an extraterrestrial police officer looks in through the piece of glass, the two fugitives crouching just out of sight of his peering gaze. Finally, Fredericks consistently uses film-noir inspired expressionistic lighting and Dutch angles à la The Third Man to lend this film a constant—and surprisingly—spine-tingling edge.

And then, of course, there is the allegorical aspect to the story as a whole, its intellectual sweep that renders it the pre-eminent representation of the political paranoia that defined the Fifties’ zeitgeist. The fear of nuclear families and small-town life being infiltrated either by legitimate communists or the cloaked totalitarianism of McCarthyism is conveyed allegorically in the film: this pervasive pandemic of mistrust is presented—perhaps unknowingly—with all its force and power fully intact even sixty-five years later.

In short, this film was and is much better than it had a right to be. Believe the hype, believe the cultural immortality: the original Invasion of the Body Snatchers is one hell of a ride.

THE TOMORROW WAR: Another Generic Sci-Fi Movie That You’ve Seen Before

Review: THE HALF OF IT