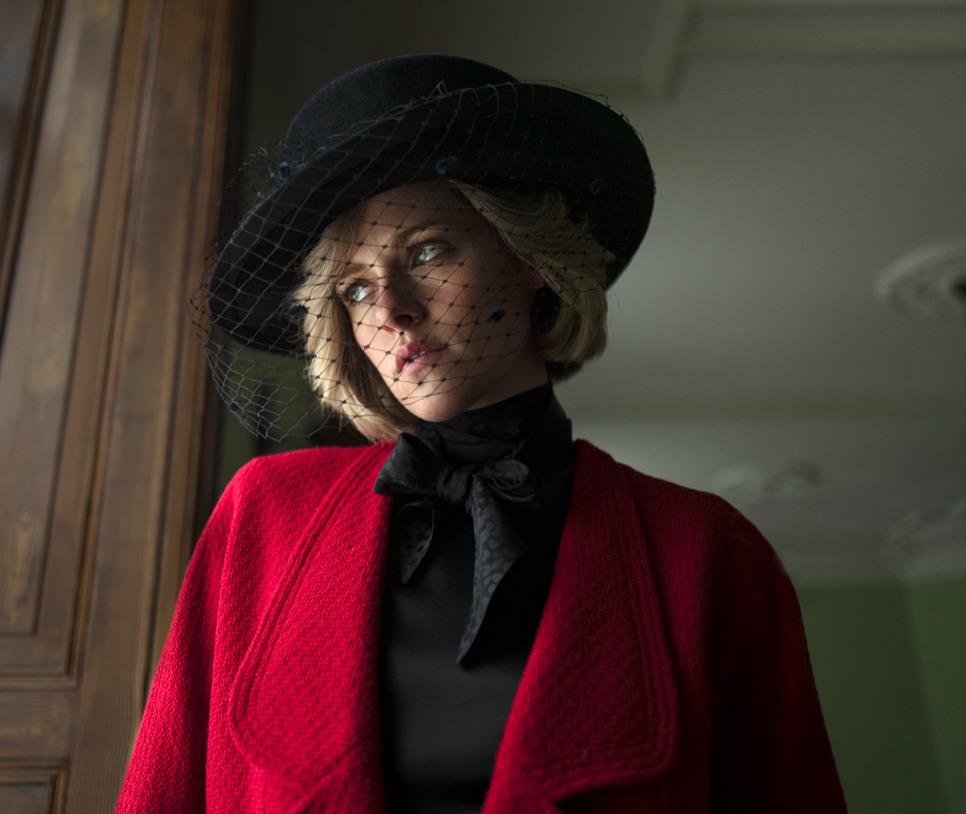 While some of the recent biopics this year including “Respect” and “The Eyes of Tammy Faye” have had great lead performances from Jennifer Hudson and Jessica Chastain, Kristen Stewart may take the royal cake this year at the Oscars for her lead performance in “Spencer,” a film that imagines Princess Diana’s days during a Christmas holiday in 1991.

Right off of the bat, it’s important to note that “Spencer” is an imagining of what could have happened during this time. It opens with the precursor: “A fable from a true tragedy,” letting you know that this is a different kind of biopic. And with that being said, “Spencer” benefits from not being bogged down into chronicling the entire life of Princess Diana from her beginnings to her end. If you want that, you can watch one of the numerous other biopics about her, or the upcoming season of “The Crown.”

What you get with “Spencer” is a character study; a character study of a captive soul, and Billy Joel’s line from “Only The Good Die Young” feels applicable: “Built you a temple and locked you away,” even if that “temple” is the Sandringham House. The Sandringham House is utilized brilliantly by director Pablo Larrain, who uses sweeping shots that follow Princess Diana from different rooms in these massive spaces. Princess Diana is clearly the black sheep of the Royal Family, just wanting to dance, listen to pop music, and eat KFC, but is dragged along in the fastidious traditions that the family takes part in. A common thread found in the aforementioned biopics (among others) and “Spencer” are the toxic relationships the leads are involved in, and much of Princess Diana and Prince Charles’ (Jack Farthing) relationship is simply implied. There is clearly tension, but the focus is on Princess Diana’s escape from The Royal Family as a whole, not just Prince Charles.

Stewart plays Princess Diana with a sensibility that is needed when her character is carrying the film. Just watch the tender scenes between Princess Diana and her boys. “Spencer” isn’t as much about The Royal Family as much as it is her own inner turmoil. Even Prince Charles reminds Princess Diana that you need to have a public version of yourself, along with the real you. We really only see the real Princess Diana in the film, with very little attention being paid to her public perception.

“Spencer” is a psychological thriller as much as it is a drama, with a brilliant score by Jonny Greenwood — who is having the year of his career. The score jumps from jazzy numbers to ear-piercing violin playing that will make your head spin in the best way possible. It’s a claustrophobic score that is also not afraid to let the actors take the forefront. The score can stop on a dime, and there are a few moments where the score abruptly stops to let the dialogue and characters carry it before creeping its way back in.

But, for as great as the score, cinematography, and performances are, “Spencer” does feel a bit one-note. There’s a lot of Princess Diana skipping out of a family event while she hurls into a toilet or getting a dirty look from a family member. It was a smart choice to not put the rest of the family in the forefront, but perhaps some expansion could have helped. And it also felt very on-the-nose about Princess Diana’s future, with lines including “Will they kill me?”; “Do you have wings?”; and Princess Diana telling security on the grounds that she is a “ghost.” Most are likely aware of Princess Diana’s unfortunate passing, but for a film that doesn’t even tackle her last days, it was a strange choice. Unless, of course, those lines are being read into too much.

Kristen Stewart completely inhabits the spirit of Princess Diana in a performance that is absolutely her career-defining moment. Stewart, like her “Twilight” series co-star Robert Pattinson, has been wise to jump around from numerous indie projects before returning to the limelight. Pattinson is Batman, Stewart is Princess Diana, and the latter hasn’t really done any sort of franchise movies with the exception of the “Charlie’s Angels” reboot. Both could very well be holding Oscars someday, and what a turnaround that would be for the two. “Spencer” is an innovative and bold biopic that plays as a fantastical psychological thriller. Not all of the parts that make up the film are equal, and it’s mainly carried by one Kristen Stewart, who gives an A+ performance to a film that would otherwise be a candle in the wind.

PIXAR’S ‘LUCA’ REVIEW: A DIVE IN TO THE AGE OF INNOCENCE

15 THINGS YOU DIDN’T KNOW ABOUT BIGFOOT (#1 WILL BLOW YOUR MIND!) REVIEW