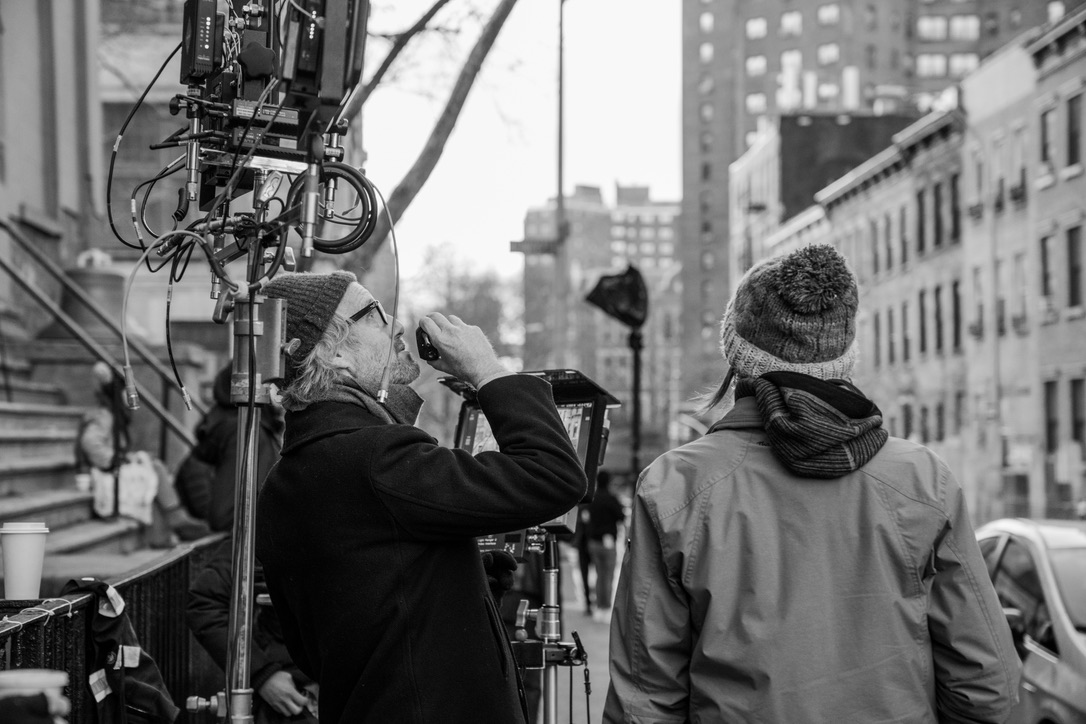 Interviews, Spotlight on November 18, 2021 0Likes At The Movies
ShareTwitterFacebookInstagram

First off, congratulations on the film. It was really, really special. Was this a personal story for you to tell?

MM: Yeah, it definitely comes from being a dad and my kid and my experiences with my kid. And then, the kind of world that my kid led me into, like all the other kids that I met through them and their teachers and other moms and just moms who’ve taught me so much about how to be a parent.

And I had to like find ways to pull it away from me and my kid’s real experiences, too. But that’s definitely only the seeds of the reason I’d be making this movie. And I think I was trying to sort of just sit with two things: One, what’s it like to really give full respect to younger people and to give them like full sovereignty, that’s actually quite a wild political experiment almost, you know? And then, I also wanted to somehow talk about how kids aren’t just, I don’t know, “scientists,” and show that the adult [isn’t always] helping the kid, the kid transforms the adult.

The kid changes the adult’s idea of their own child within them, their own childhood. And I feel like taking care of a kid ties you into the world at large in a way that you never were interwoven before.

I was going to say that one of the things that stuck out to me was how it’s not only Joaquin Phoenix’s character teaching Woody Norman’s character.

It’s also the kids teaching the adult here, you know, and I think it was mostly the kid teaching or the kids in the film, sort of showing us that.

Yeah. Speaking of the kid, he (Woody Norman) is great in the movie. How old was he when you directed the film?

That’s amazing. I would not have even been able to tell. His performance is very taxing, right? Cause this kid is still full of energy, you know, [I mean] taxing [in] the most respectable way. How hard was [he] to direct? You know, cause I know sometimes children can [be difficult].

You know, Joaquin and Gabby as children are hard to direct [laughs], but Woody is so professional and just not like that, you know?

[Woody is] just a very capable person. Yeah, sure, he’s 10 and sometimes has a lot of energy. But it was not a problem ever. If you ever get to see when he talks — just during an interview or something — you’ll understand what I’m talking about in a beat. And actually, I’ve been trying really hard to get people out of thinking of him as a child or that child acting is different than adult acting. Cause it’s as if his work is less than or different than what Joaquin or Gabby were doing. And it’s the same work, you know? And he’s doing an accent and he can like cry on any line he wants to.

So like, I’m trying to stay away from, like, child actors as being sort of like this, savant-like figure if he did something good, you know?

Is he someone, down the line, that you would consider working with [again]?

If he would have me [laughs], I think he’s going to be very hard to get in a minute.

And you also mentioned Joaquin and what was it like direct to him right off the Oscar win?

Well, we shot this leading up to the Oscars, so all the “Joker” attention was happening. I’ve found Joaquin just to be a very real, approachable co-worker, you know, like an awesome comrade, [a] fellow coworker who was so invested in the project. And I got so much from Joaquin, not just his performance as Johnny, [but] like about the script, and about the story, and just like friendship. Comradery and the ditch while you’re working, you know?

I found him to be lovely, easy, funny, so smart, and just the best playmate I’ve ever had.

And you know, one of the last scenes, the one [that] I’ll always associate with the film is that last scene where they [Johnny and Jesse] exchanged the voice messages. Was that a hard scene to film?

No, I mean, the emotional impact is kind of heavy, but it wasn’t hard to shoot. It was fun to shoot. I think that’s really, really special. Joaquin’s performance and the whole thing, cause he’s really feeling a lot, but he doesn’t give you any obvious handles. He doesn’t start the bawl; he doesn’t perform this kind of grief that he’s feeling right there about the acknowledgment of the impact that the kid had on him. Right? I find it so subtle and so rich and amazing, but no, it was fun.

I mean, Gabby was listening to Joaquin deliver those lines — that part was very written — and Gabby is crying at how good Joaquin is and all that. But no, it was fun. It was a nice scene to shoot.

The film is also in black and white. Was there any significance behind that choice?

I wanted to underline the feeble part of it. It was one answer, you know like I want it and I feel like black and white throws you into the world of art and a world of storytelling and away from verse similitude and kind of towards art. And I like that. I think it gave me more tonal room in it. It made you sort of look at everyday reality — different everyday contemporary reality — different.

You wrote and directed “C’mon C’mon”?

And how long was the shoot?

This was only 37 days, but it took a long time cause we took breaks in between each city. So, it was from October to the end of January.

You guys traveled through different cities, were there any fond memories you have off [of the top of your head]?

Yeah, we had an amazing time in New Orleans. I mean, I love all the cities. I lived in New York and LA and I shot places that are really important to me around like Central Park or the Lower East Side, and I love Santa Monica beach. But New Orleans, it’s not just the place. It’s all all the people that we met, right? And New Orleans is such a complicated and rich place where people live really unique lives. There’s less normalcy there in a way that I found very empowering and great. I learned a lot about spirituality and friendship and they’re so inviting. And Lori Tipton showed us the whole world on there and I don’t know, it just changed my life a bit.

Finally, what’s coming next? (If you can talk about anything.)

I’m directing the next Marvel film [laughs]. No, I’m just kidding. I don’t know. I’m starting to write, and it’s a mystery to me each film when it comes at you, I don’t know what it exactly is for a while.

Thank you to Ginsberg Libby and A24 for the opportunity to speak with Mike.