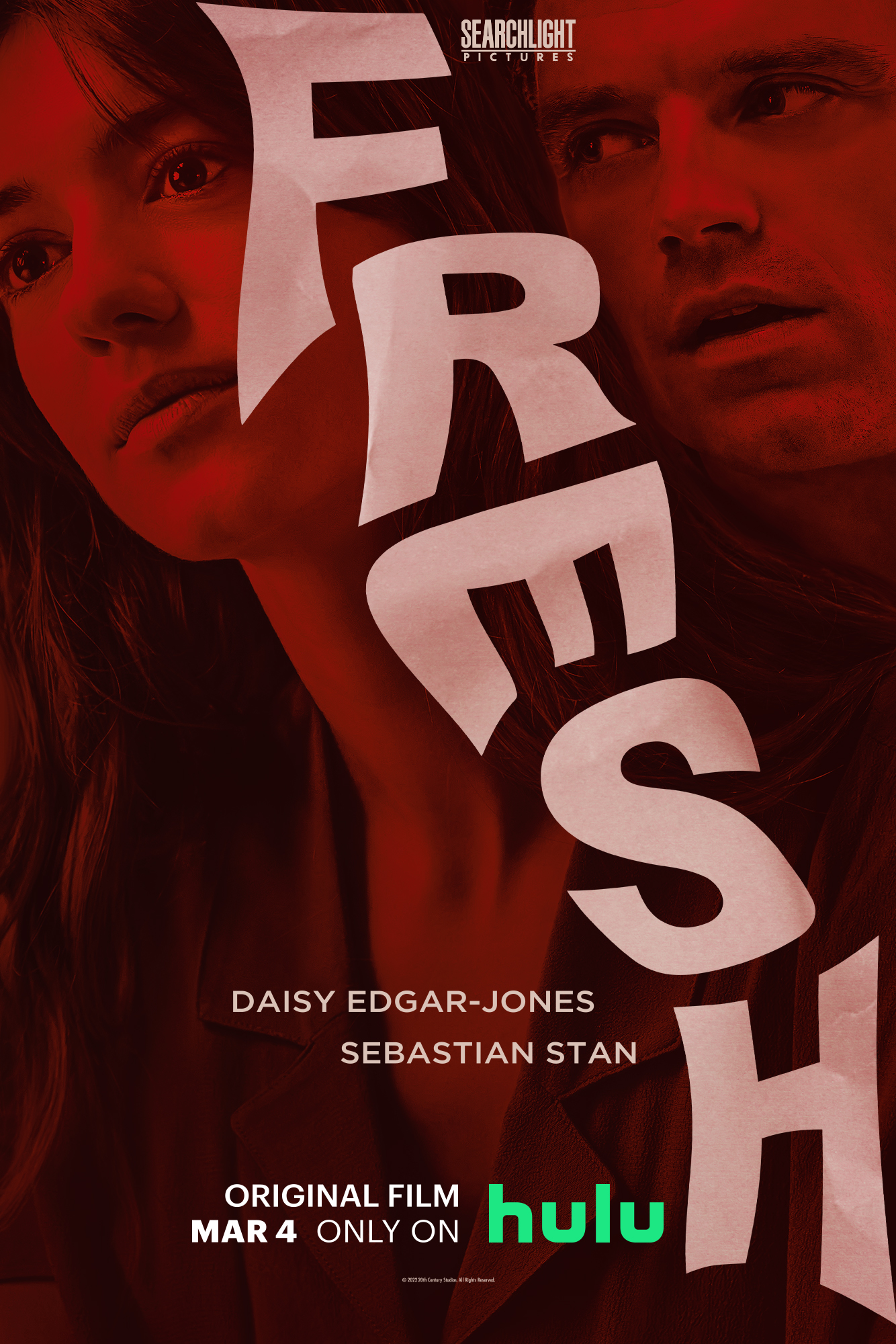 FRESH, starring Daisy Edgar-Jones and Sebastian Stan, was best summarized by Edgar-Jones herself when she said, “I tell people it’s about a woman who meets a man in a grocery store and then the story kind of goes on a crazy roller coaster ride.”

If you are like me, random movie titles that pop up on your favorite streaming app, in this case Hulu, piques your interest enough to at least watch the trailer and read the plot summary. Neither gave a clear look at just how complex the plot would get.

Without giving any crazy spoilers away (you really do just have to see it), think Joe Goldberg’s dangerous love obsession from YOU (one of Netflix’s hit shows) and Hannibal Lecter because, well, there are medical procedures leading to cannibalism throughout the film.

Stan, trying to tap into the character’s psyche studied notorious serial killers, Jeffrey Dahmer and Ted Bundy, and it shows. Stan is charming and mysterious. When the audience first meets him in the grocery store after a cringey, failed dating app attempt by Edgar-Jones’ character, Noa, viewers are instantly hooked into his easy, relatable awkward attempt at flirting in the produce section. It is with cautious optimism viewers go on the first date adventure with Noa and Steve. They hit it off through dark humor and brutal honesty, and the audience believes it will be a whirlwind romance. But of course, viewers know something Noa does not – they are in for a thriller to beat all modern thrillers.

The film looks at dating app horrors, objectification of women, toxic masculinity, and the unfortunate reality for those who disappear with little or no friends or family to report them missing. The audience sees the horrors of cannibalism mixed with capitalism, too (the 1% of the 1% have everything, so why not start eating people? It makes scary sense in a way.) It is a complex, compelling story that unwinds with several twists and turns along the way. Just when the plot seems to be all out on the table, more characters get involved on either side of this strange equation, and the plot crescendos when Noa figures out a perfect mind game by playing into Steve’s desires – twisted love and fresh human flesh.

While grotesque and off-putting to some, this movie is as interesting as it is uncomfortable.

There is also a strong friendship story arc that lightens things up a bit and gives some redemption to this seemingly tragic story. At times, the audience may truly wonder will anyone make it out alive, which can only be answered by watching this nearly 2-hour thriller. It is to date the strangest, mind-game, romantic thriller I have ever seen something like this in the first place. The dark humor keeps things going, and the believability of the lead actors keeps your interest as you find out just why the movie is called FRESH.