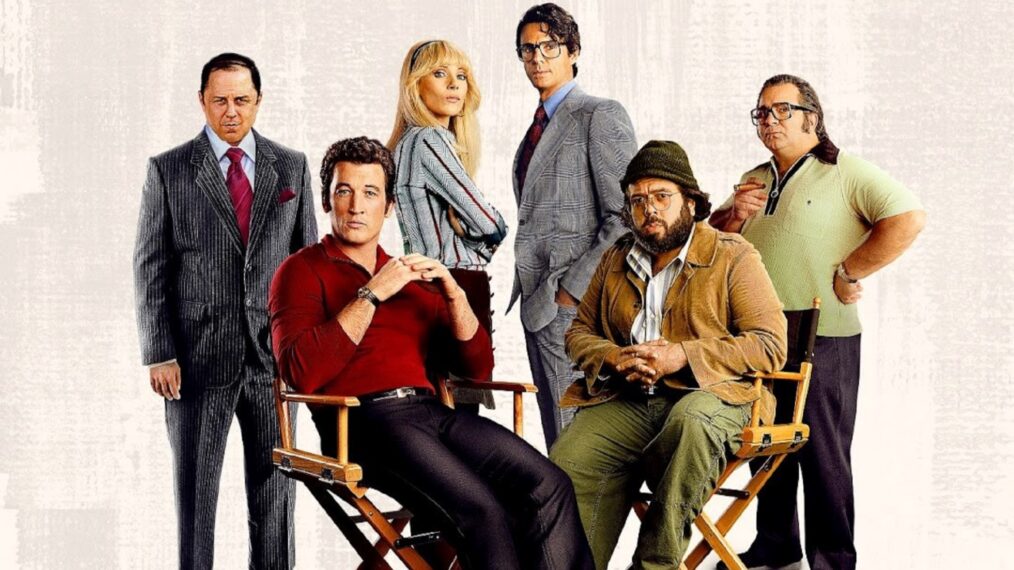 Uncategorized on April 26, 2022 0Likes At The Movies
ShareTwitterFacebookInstagram

Not only is “The Godfather” one of the greatest films of all time, the film happens to be amongst my personal favorite films. Despite a three-hour runtime that Paramount was hellbent on trimming, there’s something so gripping about Francis Ford Coppola’s masterpiece that will keep pulling you back in. That same sentiment is shared with “The Offer,” a 10-episode miniseries about the production of “The Godfather.” Sure, if you’re enough of a film fan, you’ve likely heard the story of the crew having to move the iconic scene where Michael (Al Pacino) kills Sollozzo (Al Lettieri) and McCluskey (Sterling Hayden) up to impress the Paramount executives, or you may have heard about the risk of casting Marlon Brando at the time, but there are so many more stories that are likely unbeknownst to most shown in “The Offer” that make it an offer you can’t refuse.

“The Offer” begins and ends with legendary producer Al Ruddy (Miles Teller); a renegade of sorts who does things his way. Does he have the balls of Tony Pro wearing shorts to a meeting? Absolutely. “The Godfather” would have never gotten off the ground if not for Al, who is dubbed a “problem solver” in the series. If nothing else, Ruddy’s story will likely deter you away from wanting to produce a movie, at least a mob movie as Ruddy gets himself involved with Joe Colombo.

Even if you’ve never made a film like “The Godfather,” what’s more relatable than hitting a roadblock every time you start hitting your stride? Whether it’s marital issues, the Colombo fiasco, or Paramount executives meddling, Ruddy can’t catch a break. Like Michael Corleone in “The Godfather,” Ruddy has to sell his soul at times and begins living in the shadows. He’s a wide-eyed ambitious kid at the beginning of “The Offer,” by the end, he’s looking over his shoulder from crime bosses. It’s not as if Ruddy grew up saying to himself, “As far back as I can remember, I always wanted to be a movie producer.”

Miles Teller is excellent in the series, though he’s not as flashy as one of his co-stars. He is the steady hand that carries the series, and you wouldn’t recognize Teller by only listening to his performance. Gone is the voice that occasionally sounds on the brink of cracking and is replaced with a gravely growl that you may even mistake for Vin Diesel at times. It’s not that this performance tops “Whiplash,” but it’s a mature role for Teller that will make you into a fan if you aren’t already.

But the scene-stealer of the show is Matthew Goode as Robert Evans, the head of production at Paramount. Goode is a combination of Matthew McConaughey with some of Jeff Goldblum’s neurotic speech patterns. You won’t be able to take your eyes off of Goode in the series, he’s just that damn captivating. Giving a more subdued performance is Dan Fogler as Francis Ford Coppola. I’ll admit, when Coppola first appeared on screen, I was a bit nervous. Sure, the prosthetics made Fogler look like the legendary director and he had the dialect down, but Coppola’s vibe was unexpected. Lo and behold, after viewing YouTube clips of interviews with Coppola around this time, Fogler nailed it and Coppola is the same person you see in the series.

In fact, all of the people cast as the stars of “The Godfather” are phenomenal. Almost all of them look eerily similar to their real-life counterparts (specifically Diane Keaton). Standing tall unlike how the Paramount executives saw the real-life version of this actor, Anthony Ippolito portrays early-70s Al Pacino as no one else has with the exception of Oscar Isaac in “Inside Llewyn Davis.” Ippolito has a passing resemblance to the “Heat” actor, and it’s uncanny under certain lighting. But for any Pacino buff like myself, the voice and mannerisms matter almost as much as looking like the man himself. Ippolito absolutely nails the high-pitched timbre that Pacino had in his younger years and the sheepish personality of Pacino before he became a larger-than-life performer. Ippolito is remarkable, and this performance should catch the eyes of anyone watching.

There’s a tightrope balance on display in “The Offer”; it has to balance the film being greenlit, which takes up more than enough time in the series, Ruddy’s life outside of work, and the actual production of the film. As stated, there are more than enough roadblocks to keep you busy in an RPG game, and “The Offer” finds a way to keep you invested the whole way through. When a miniseries is as long as “The Offer” is, especially with episodes ranging from 45-60 minutes, it can be easy to lose interest by the end. But all of the episodes seemed necessary, with maybe the last one being the only one that could have a case for being unnecessary. But in fairness, in most of the miniseries I see, the major plot is resolved by the last episode and it serves as a look at what’s next for the characters. In the case of “The Offer,” we know that “The Godfather Part II” was made and perhaps even better than the first. The fates of Ruddy and others, however, aren’t as well-known.

Just in time for “The Godfather’s” 50th anniversary, “The Offer” is a celebration of one of the greatest films of all time that almost didn’t happen. It’s a wild journey led by vibrant performances, strong direction, and a scale that feels worthy of the big screen. Is it dramatized? Sure, but what biographical drama doesn’t take some liberties or exaggerate a conflict? But as it is, “The Offer” is the perfect miniseries for fans of the film and “The Godfather,” packed with never-before-seen production stories and references that fans of the franchise can sink their teeth into (the Coppola Restoration reference being the best of them all).

Chloë Sevigny Talks THE GIRL FROM PLAINVILLE, and Acting Career