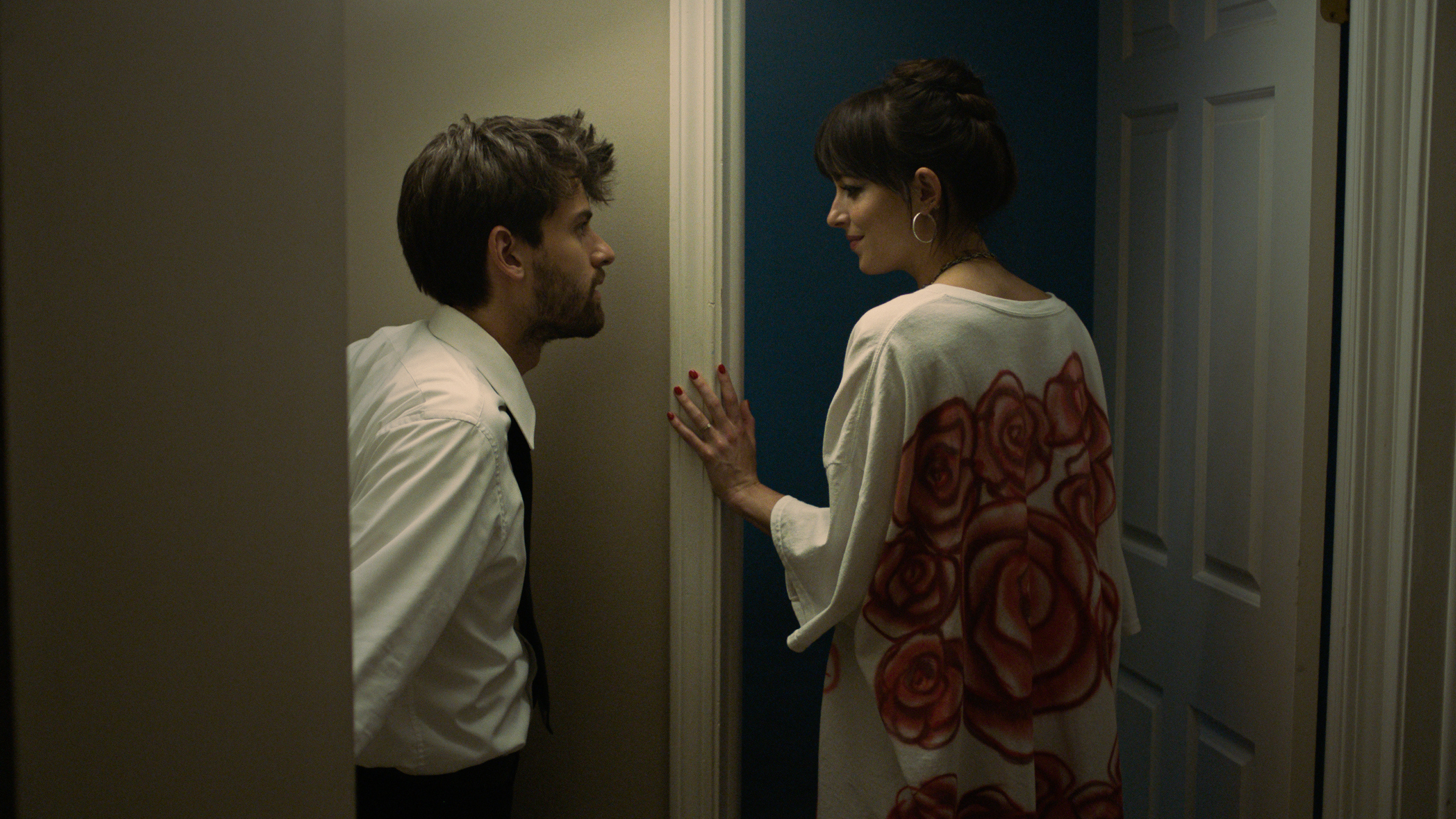 Movie Reviews on June 16, 2022 0Likes At The Movies
ShareTwitterFacebookInstagram

I was fortunate enough to watch “Cha Cha Real Smooth” (thank you to the folks at Apple TV+) in May the Monday right after my college graduation. I wasn’t aware of the full story of the film, but it was a timely film with both graduation and Mother’s Day holiday taking place around the time I watched the film. Cooper Raiff, who directs and stars in “Cha Cha Real Smooth,” has made a fantastic film that should serve as somewhat of a cautionary tale for recent college graduates. Despite very by-the-numbers story beats that you’re guaranteed to have encountered in other films, Raiff takes full advantage, filling his film with very sincere performances, authentic representation, and a strong emotional core that will keep you gripped. I doubt it’ll bring Apple another Best Picture win, but it is yet another step in legitimizing streaming services such as Apple TV+.

It was major news when Apple TV+ bought the rights to “Cha Cha Real Smooth” at Sundance, especially since “CODA” had not won Best Picture yet (though it was a heavily-discussed awards contender). Similarly to “CODA,” “Cha Cha Real Smooth” is a relatively simple tale about a recently-graduated young man who is still finding himself. Cooper Raiff is Andrew; the main protagonist in the film. There’s something about Raiff that is comforting when you watch him; he just has a very natural charisma that feels genuine.

From an early age, Andrew takes a liking to older women. He’s convinced that he is in love with a young woman named Bella (Kelly O’Sullivan). As flattering as that is, Bella turns him down which results in this film avoiding the “Licorice Pizza” discourse (thank God). Fun side note: Este Haim, sister of “Licorice Pizza” star Alana Haim, co-scores the film with Christopher Stracey. Years later, Andrew finds his calling: planning Bar Mitzvahs. While Andrew is still stuck working a dead-end job at a place called Meat Sticks—this film’s equivalent to those Dairy Queen’s in your local strip mall with the half-burnt-out menus—he lives vicariously through the families that are celebrating their children. Even if Andrew’s life is as burnt out as those aforementioned Dairy Queen menus, he never fails to get everyone moving on the dance floor.

Alas, Andrew meets a new love interest, Domino (Dakota Johnson). Domino is a young mother with a child, Lola (Vanessa Burghardt), who has autism. Luckily for Andrew, all of the same families are at each of these parties, meaning he can slowly begin his friendship with the pair. Even as Andrew and Domino get closer, the latter is engaged to a lawyer, Joseph (Raúl Castillo). Be that as it may, Andrew finds purpose in his life by spending time with Lola, serving as a babysitter, and showing Domino the other side of the love spectrum (someone without a legitimate job).

Not only is Raiff charismatic and authentic, but “Cha Cha Real Smooth” brings out the very best in Dakota Johnson and features a standout performance from Vanessa Burghardt. Johnson should be forgiven of her “Fifty Shades of Grey” sins due to her standout performances in “Bad Times at the El Royale” and “The Lost Daughter,” but she brings the same sincerity that she had in “The Peanut Butter Falcon,” a film that has similar representation to “Cha Cha Real Smooth.”

Both Burghardt and Leslie Mann make the strongest emotional impacts, however. While the former has a lot more screen time, the latter makes the most of her scenes featuring her and Raiff. Mann plays Andrew’s unnamed mom, who goes from consoling Andrew’s failed attempt at Bella to giving those concerned looks only moms can give when Andrew reveals his plans to follow his girlfriend to another country. Andrew’s stepfather, Greg, is played by Brad Garrett, someone I grew up seeing on reruns of “Everybody Loves Raymond.” Garrett serves his role well as the stepfather who is disliked by his wife’s children but is ultimately recognized as a good fit. Greg also serves as another example of what an adult with their shit together looks like (perhaps explaining Andrew’s disdain).

Burghardt can serve as a trailblazer for real representation of autism in film, and her role is far from a mere checkmark on the list. She slowly opens up to Andrew, especially as he begins babysitting on a frequent basis, and their relationship is entirely believable. As he does with his younger brother and his friends, Andrew is able to slowly get Lola to break out of her shell. It’s really a beautiful friendship that blossoms on screen.

Andrew is a bit of a complex character. As a recent graduate — presumably around the age of 22 or so — it’s ironic that he is trying to make his younger brother, played by Evan Assante, and his friends into men. As anyone who either served as an older sibling or has one can attest to, you usually will listen to whatever they say and treat it as God’s honest truth. Whether it’s about your first kiss or college frats, Andrew appears to have all of the answers. But then you have Domino, who is well past her college days and in a completely different chapter in life, who is engaged to a man that is exactly that: a man. It’s this circle of life that makes “Cha Cha Real Smooth” so interesting, especially as a recent graduate myself.

There’s also something extremely endearing about a mid-twenties filmmaker such as Raiff himself sprinkling in references of today into his film. “WAP,” “You’re not that guy, pal,” Jake Paul, and “Big Baller Brand” are all referenced. While some will be remembered, these are mostly things reduced to TikTok sounds and memes that’ll likely need to be researched when a younger viewer stumbles upon the film in 10 or 15 years. I mean, I thought the Big Baller Brand died after Lonzo Ball got drafted, but I digress.

Perhaps not Apple TV+’s next “CODA,” “Cha Cha Real Smooth” is still a phenomenal film that earned the hype it gained after the Sundance purchase. Its message that sometimes, no matter how well you click with someone, it’s not meant to be. Raiff is not only an excellent director, he is an excellent performer and is able to bring out the best in Johnson (who is on a major upswing with her career). Burghardt also shines and this will be a proper showcase of her talent. It still doesn’t feel likely to get Apple’s second straight Best Picture win, but this is easily one of the best films of the year and not just a movie for critics. Plus, you can watch it from the comfort of your own couch.

“Cha Cha Real Smooth” will be available to stream on Apple TV+ on June 17.