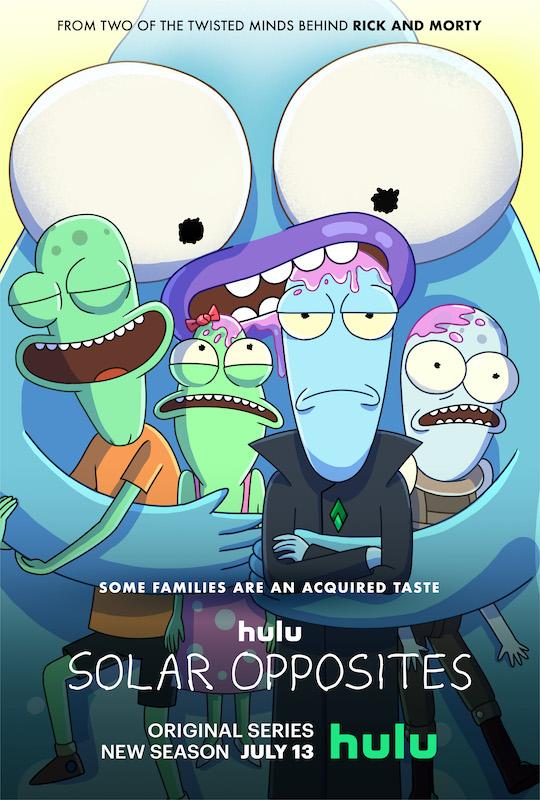 Uncategorized on June 23, 2022 0Likes At The Movies
ShareTwitterFacebookInstagram

A family of aliens crash lands on Earth after their utopic home planet, Schlorp, is destroyed by an asteroid. While they were hoping to find an uninhabited world to repopulate, they must now learn to live among humans on our overpopulated planet and are divided on whether they love or hate their new life. Created by Justin Roiland and Mike McMahan, Solar Opposites Season 3 lands July 13.