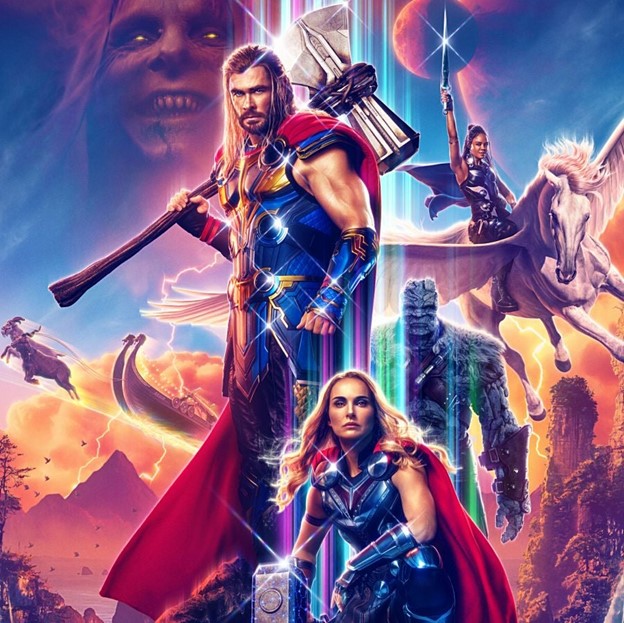 Thor: Love and Thunder had its world premiere yesterday, and many are delighted to repeat that director Taika Waititi has done it again.

After the first two Thor features played out to conventional standards, Marvel Studios roped in Mr. Waititi to reinvigorate the God of Thunder and his cosmic journeys in Thor: Ragnarok. It turns out you can make a god have a wacky blast. Ragnarok is considered one of the best features of the Marvel Cinematic Universe, with much praise for its cast, visuals, action, and explosive fun tone. It also catapulted Chris Hemsworth’s onscreen character to beloved heights, making him a star with significant arcs in Avengers: Infinity War and Endgame.

Hemsworth now enters his fourth solo journey after playing the character for twelve years, and it appears that lightning has struck again. Folks have saluted the cast (including Hemsworth, Natalie Portman, Tessa Thompson, Christian Bale, and Russell Crowe), the visual grandeur, romance elements, and comedy. Official reviews will drop on July 5th.

While it’s difficult to say what direction the MCU is heading (which is equally intriguing yet irksome), many folks can relish another fun outing on behalf of Waititi and Marvel. And it’ll prove true once Love and Thunder explodes in theaters on July 8th.

Disney Kicks Off December with Trailers for ‘Guardians of the Galaxy Vol. 3’ and ‘Indiana Jones 5’