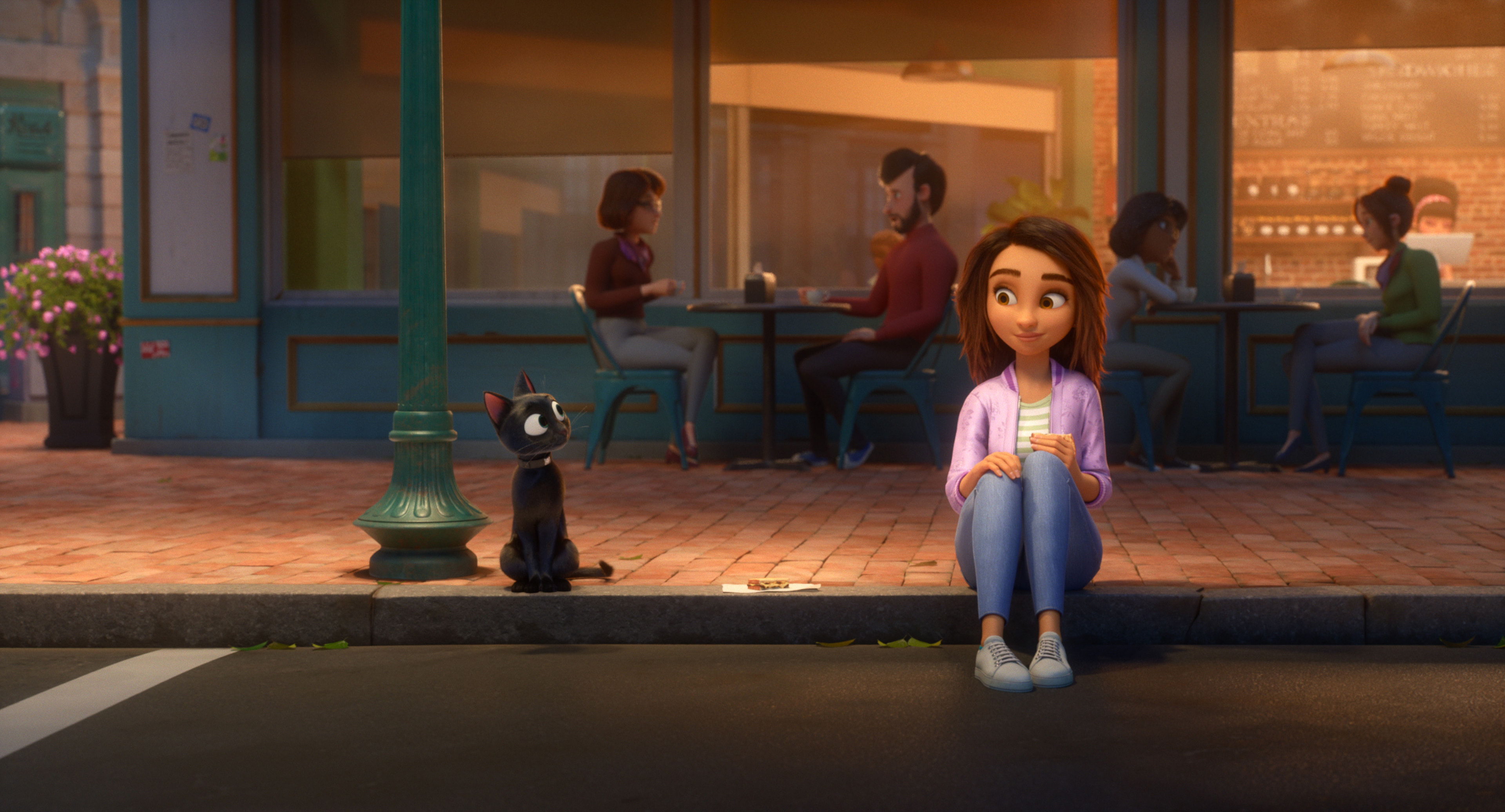 Movie Reviews on August 3, 2022 0Likes At The Movies
ShareTwitterFacebookInstagram

If Sam Greenfield (Eva Noblezada) ever looked herself in the mirror and asked herself Clint Eastwood’s famous words, “Do I feel lucky?”, I would have to assume that she would say, no. The beautifully-animated “Luck,” on Apple TV+ August 5, is a pretty standard film that will entertain children, and while you could hope for more from the story, the animation and John Debney’s score really save the day. This isn’t “Turning Red” or even as good as reviews for “The Sea Best” would suggest, but it’s a family-friendly time that hits the mark for its target demographic.

You know the expression “down on your luck”? Sam really exemplifies that and takes it to a whole new level in “Luck.” Sam is perhaps the most unlucky person in the world who can’t even put jelly on toast without having it end up on the wall. She’s a foster child who has just hit her 18th birthday when the film begins meaning that it’s time for her to move out and into the real world. Leaving the foster home also means that she’s leaving Hazel (Adelynn Spoon), her roommate and friend who still has hopes of finding her “forever family.” Even despite starting college courses and landing a job, Sam struggles with her bad luck as you may imagine.

But one night, when eating a panini, a lucky black cat (I am sitting with my family’s black kitten as I write this) whom we later find out to be called Bob (Simon Pegg) leaves behind a token of luck. This instantly changes things for the unluckiest girl in the world, but after flushing it down the toilet (darn those motion-sensor toilets!), Sam embarks on a journey to the magical world of good and bad luck in an effort to gain a new token to give to Hazel.

Starting with the cast, Eva Noblezada and Simon Pegg have a great rapport. Noblezada I’ve heard Simon Pegg speak before in other roles, but all I’ll say is that a certain twist may explain why he has a Welsh accent for most of the film. Most surprising, however, is Jane Fonda as Babe the Dragon; the CEO of Good Luck in the film. And more Whoopi Goldberg and Lil Rey Howery is never a bad thing. The two play The Captain of the Land of Luck and Sam’s boss at her job, respectively.

Being that Sam is an orphan, the theme of finding a “forever family” is wonderfully handled in a way that’s suitable for younger and older viewers. I’m not sure how much water this theory holds, but I was told by my sister that people don’t adopt black cats because of the fear of bad luck. My family has owned two black and have defied that theory. So with that said, Bob the black cat and Sam being an orphan are the perfect vehicles for the story. Sam turns 18 at the beginning of the story, meaning that it’s time for her to move out of the orphanage and begin making a life of her own.

What should not be slept on, however, is the stunning animation. Coming from the hand of John Lasseter who has had a hand in some of the most successful animated films of all time including “Frozen,” “Zootopia,” and “Toy Story 3” brings that familiar animation style that’ll bring you back to your younger years if you grew up on the old Pixar and Disney animated films. The Land of Luck is absolutely stunning to look at. Say what you want about the story or the film, what can’t be denied is how gorgeous the film looks. Just take a look at the stills in this review.

Director Peggy Holmes — who directed the Tinker Bell films: “Secret of the Wings” and “The Pirate Fairy” which my sister watched ad nauseam as a kid — knocked it out of the park. This goes back to the earlier statements about the familiarity of the animation; Holmes is likely a big part of bringing that magic to the screen.

Is “Luck” as emotionally resonant as other recent animated films like “Turning Red” or “Ecanto”? No, but it has its own charm. It’s easy to see why parents would plop their kids in front of the television and put “Luck” on, the film is very cute and easy to follow. I think to that end, it’s important to note that “Luck” really is for a younger demographic. Not that you can’t find deeper meaning in some of the plot, such as the idea of forever family and Sam attempting to come of age as an adult on her own for the first time. Even still, I’d give “Luck” a watch for the stunning visuals and Eva Noblezada’s chemistry with Simon Pegg; which is not always an easy task when voice-acting. Perhaps they found themselves a four-leaf clover while recording their parts of the film.

“Luck” will be available to stream on Apple TV+ on August 5.