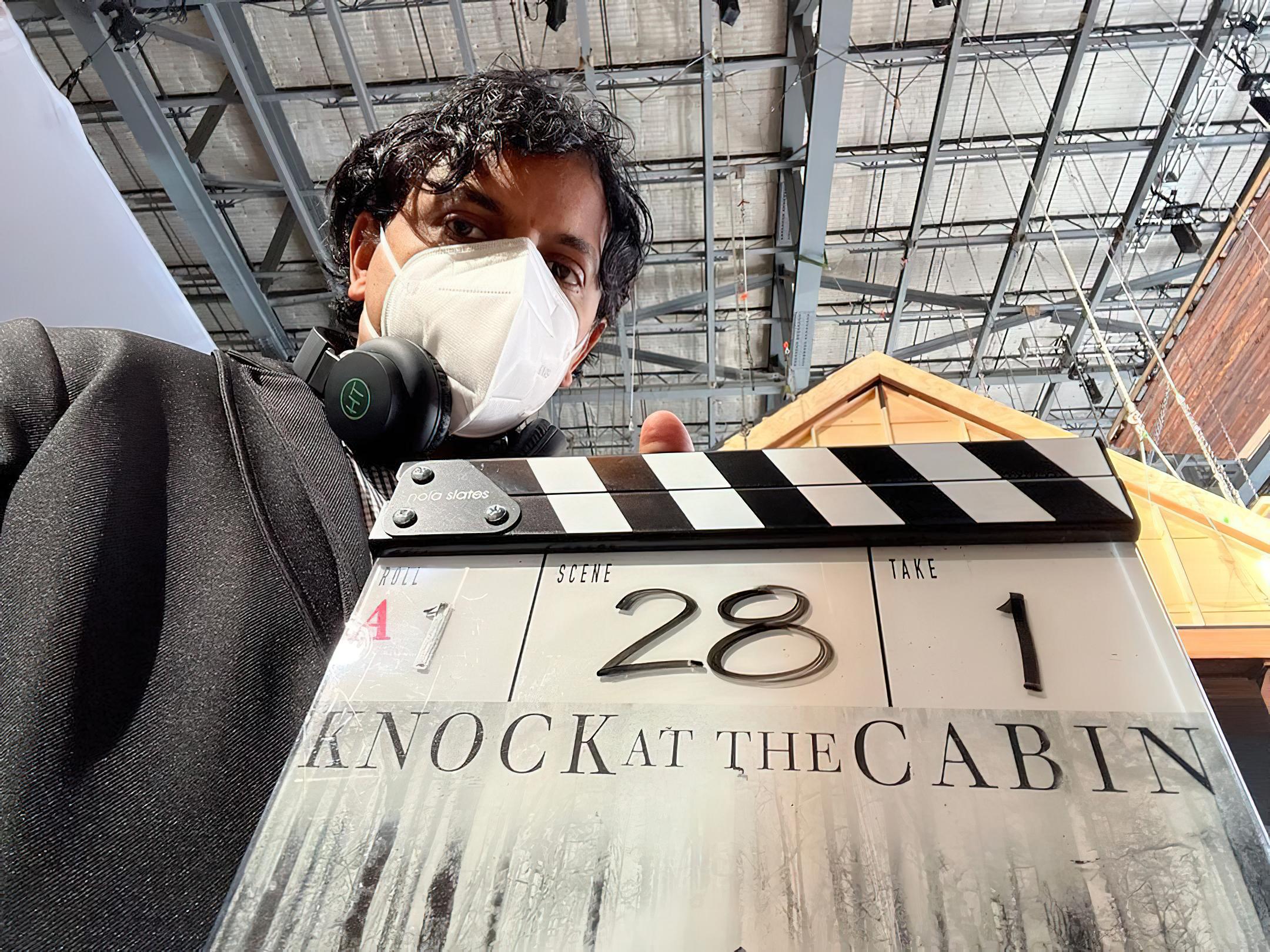 ‘Knock at the Cabin’ by M. Night Shyamalan – Everything We Know or Can Expect

We’re about five months away from the next M. Night Shyamalan project, which means it’ll be time to scrutinize his themes and twist ending, and debate where the last moment stacks up against his others. Remember that nothing will ever top The Sixth Sense, but Unbreakable, Split, and The Visit were not too shabby to provide an engaging narrative and that inevitable shock ending.

His next feature, Knock at the Cabin, is directly based on the 2018 novel The Cabin at the End of the World by Paul Tremblay. The book revolves around a couple and their adopted daughter taking a vacation at a cabin in New Hampshire but is invaded by four strangers who tell them to stop the apocalypse; the others must slay one. Thus, it would be safe to assume that Shyamalan will display a similar scenario with a more old-school look and a bonkers twist to cap it off. Maybe he got some inspiration from The Walking Dead or The 100 or Cabin Fever about what apocalypse it stands to be. Or perhaps it’s a hallucination of sorts (Shyamalan enjoys toying audiences with captivating ideas, even if the execution sometimes dismays). Whatever the case, there will be definitive story altercations compared to the source material on which it’s based.

The only marketing we have thus far is Shyamalan dropping a nine-second teaser with mysterious knocking on Twitter with the date back in October last year. We can probably expect a trailer to drop before Halloween since horror has been the director’s flair. We’ll eyeball a short runtime with some genuine thrill rides and see what other tricks are up Shyamalan’s sleeve. It would be nice if he redeemed himself with this motion picture after Old failed to accomplish perspicaciously (despite a scintillating premise) and Glass shattered for all the wrong reasons, notwithstanding the cast. Fingers pray Shyamalan pulls it off, even when many know he is not short of brilliant ideas.

The feature will release on February 3rd, 2023, written, produced, and directed by M. Night Shyamalan.