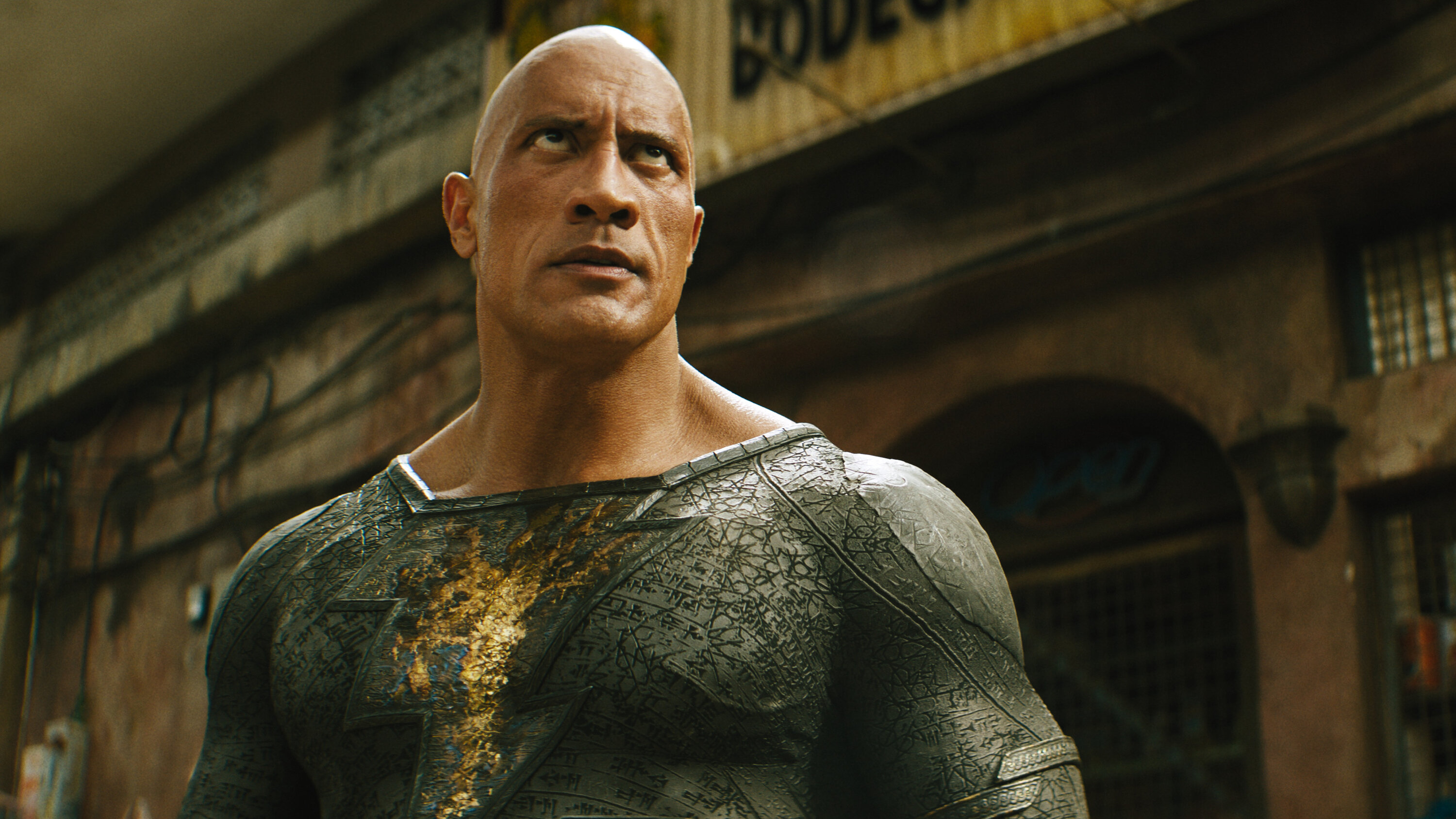 After the fantastic redemption journey from James Gunn and his fun, bloody efforts to rejuvenate the DC Extended Universe with The Suicide Squad and the first season of Peacemaker, it appeared that all eyes were on Dwayne Johnson to restore our faith with his take on the titular anti-hero in Black Adam. So much had occurred behind the production scene, from the Ezra Miller allegations to Amber Heard’s trial with ex-husband Johnny Depp affecting Aquaman 2 to Batgirl becoming shelved that we needed a savior. Johnson went as far as to indicate it as the start of a “new era,” and the “hierarchy of the DCEU would change forever.”

And then 124 minutes passed, and you wonder where the heck the screenwriters got all their discordant ideas. “A bad plan is better than no plan at all,” they said during the solo film; did the writers acknowledge their mistakes before the movie even got rolling? Attempts are made to maintain respect toward the comic book origins. Still, it feels half-baked where voiceovers and many flashbacks have to deliver chunks of exposition for our stoic anti-hero’s presence.

Regarding the plot, the movie opens thousands of years ago in the ancient city of Khandaq. The nation is enslaved by Anh-Kot, who forces his people to dig for Eternium so he can forge a MacGuffin crown that will give him godly, demonic powers. A young kid rises and steals the one found, and upon his execution, he teleports to a tribunal of wizards that bestow him the powers (similar to Billy Batson in Shazam!). The rebel becomes Teth Adam, and he destroys the king before disappearing. Cut to the modern day, a widow, Adrianna (Sarah Shahi), wants to find the crown to keep out of an international criminal organization’s hands, aided by her skateboarding son, Amon (Bodhi Sabongui), and her comedy-relief brother Karim (Mohammed Amer). Upon almost being killed, she summons Teth Adam, and his fury is heard across the land.

His return, though, draws the attention of the one and only Amanda Waller (Viola Davis), who summons the Justice Society to subdue and capture him. They’re composed of four anonymous heroes, almost a knockoff of the X-Men/Avengers. Doctor Fate (Pierce Brosnan) is a combined discount mix of Doctor Strange and Professor X. Hawkman (Aldis Hodge) bears much resemblance to Anthony Mackie’s Falcon. Atom Smasher (Noah Centineo) is Ant-Man 2.0, and Cyclone (Quintessa Swindell) is a combination of Storm (from the X-Men) and Susan Storm. What ends up occurring is they all gang up on Teth Adam (Johnson), but it all accounts for little as they’re indestructible people demolishing the town in an odd resemblance to Transformers. Had the folks behind the camera given enhanced drama or a proper arc for these four characters, it could’ve amounted to something beyond nonsensical CG brawling.

The direction leaves a lot to be desired, as the characters fall back on repetitive cliches and whimsical ideas that have already been explored (better) in other superhero movies. Adrianna makes an intriguing point about the JSA’s lack of involvement in the country, but that idea of exploring imperialism comes lost at the hands of more unnecessary action. It sustains the same ol’ formula of superhero films: “individual has powers, doesn’t know how to use them correctly, then has to defeat some generic baddie in the third act to find their purpose.” What amplifies this is surprisingly Johnson, as the story makes his character repressed and robotic that it neuters his natural charisma and fun jabs that have made audiences adore him in the first place. His Black Adam is an eroded version of Arnold Schwarzenegger’s T-800 in Terminator 2: Judgement Day, lacking that gravitas and intriguing connection to other humanoids around him. The other actors don’t appear any more intriguing, and they’re simply along for the ride until the inevitable sequel (or crossover) occurs.

The other thing that this feature magnifies, through no fault of its own, is the lack of ambition regarding Warner Brothers’ plans. The motion picture stays incredibly independent from the other parts of the DCEU, even when making little references to famous DC faces. However, it feels like another progeny case in this universe as the feature brings more thinly written characters, uneven pacing, and choppy editing. Batman v. Superman: Dawn of Justice initiated it back in 2016. Suicide Squad followed suit months later. Joss Whedon’s Justice League did it again in 2017, causing the studio to lose money and for Zack Snyder to step down as the forefather of the DCEU. Black Adam, which is supposed to feel like a grand reboot of sorts, simply offers more of the same.

Director Jaume Collet-Serra might’ve had success with Liam Neeson following Taken, but with Johnson so far between this and Jungle Cruise, everything feels bland and unfocused. One movie is jolly and cutesy, and the other is stiff and phlegmatic. Pick one lane here; both cases have not exactly enthralled many.

It’s incredibly agonizing to come out and state this film is not worth the time because it had massive potential. It could’ve continued DC’s winning streak as of late despite the ongoing chaos behind the scenes and given Johnson more flair for his following slate of projects. But, there’s not much here to write home about other than it’s another standalone film in an assembly line of them, and offers little in terms of enervation and freshness. A good chunk of time during the middle portion feels breezy, and Adam’s redemption arc isn’t terrible, but they are not sufficient to save this feature’s confounding path or ideas.

Fortunately, much like in Venom: Let There Be Carnage, the post-credits scene is one of the few highlights in a film that’s too bungled up for its measures. Perhaps, in the long run, it may very well work out.

But Black Adam is another misstep for the DCEU and, sadly, another dud to add to Johnson’s film repertoire.

23 Hours to Kill: Jerry Seinfeld Like You’ve (Unfortunately) Heard Before