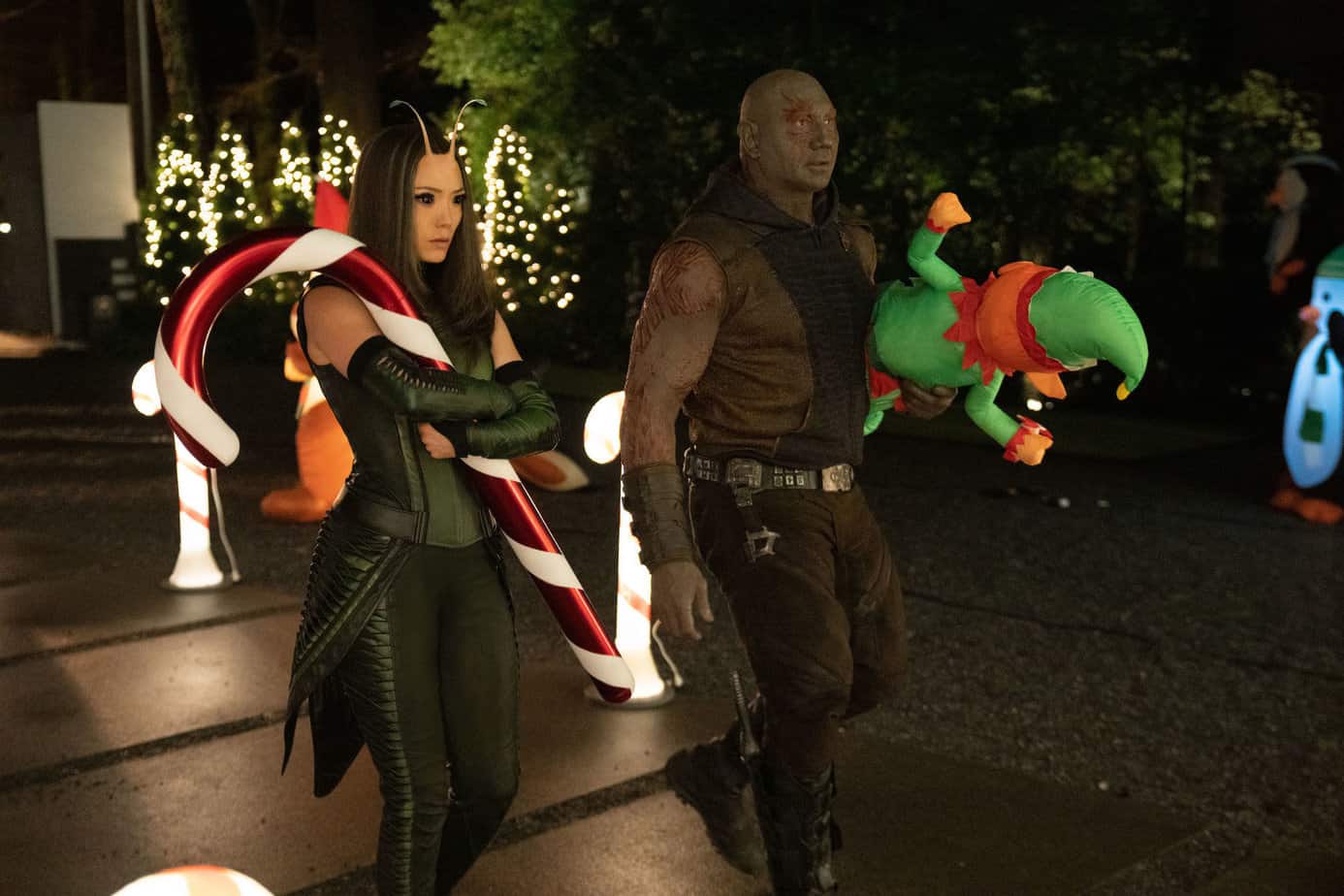 Perhaps it fits that this Marvel sub-franchise would get their personal Christmas special. The Guardians of the Galaxy Holiday Special hones in on what many adore about the series: family, love, and home, along with a gratifying vintage soundtrack to top it all off.

The 42-minute special stuffs itself with the feel-good joy of the Christmas event, and it pays well to the nostalgic times of Christmas songs and movies. Believe it, those nods to the Star Wars Holiday Special and actors Abbott and Costello are prevalent here. It’s intuitively silly and light, producing more joy for Peter Quill (Chris Pratt) and his Guardian associates.

The feature starts with an animated flashback sequence involving the beloved Yondu Udonta (Michael Rooker) becoming skeptical of the holiday during Peter’s childhood and scolding him and Kraglin (Sean Gunn) for their sentimentality. Refusing to let Peter continue to feel dejected ever since he lost Gamora (in Avengers: Infinity War), Mantis (Pom Klementieff) and Drax (Dave Bautista) fly out to Earth to meet and acquire Kevin Bacon, a person Peter praises for his childhood memories (outside of David Hasselhoff in Guardians of the Galaxy Vol. 2). They intend to bring Mr. Bacon back as “the perfect gift” for Peter.

Klementieff and Bautista get to share their awkward chemistry, as they teased back in 2017, and it produces some hilarious moments and zany stylistics that James Gunn has been known to produce. Kevin Bacon seems to have fun becoming part of the act, although his character only serves as something to keep one character’s mind afloat.

Not to be a Scrooge, but the special is a tricky bit of advertising as the group and Gunn prep for the arrival of Vol. 3 in May next year. Perhaps it could be a timing issue, given that most of the MCU had to shift around dates for Phases 4-6 for titles, but it is still fiddly for a group we haven’t seen take the front stage for over five years. Nevertheless, it does all work and gives audiences something warm and cuddly to enjoy in time for the season.

An enjoyable time and easily a worthwhile product alongside the reigning Black Panther: Wakanda Forever in theaters, and it’ll be pretty poignant and sad once Gunn marks his end with this series when dropping Vol. 3 in the summer.

Hollywood History: Meghan Markel isn’t the First Hollywood Actress to Give up Her Career for Love