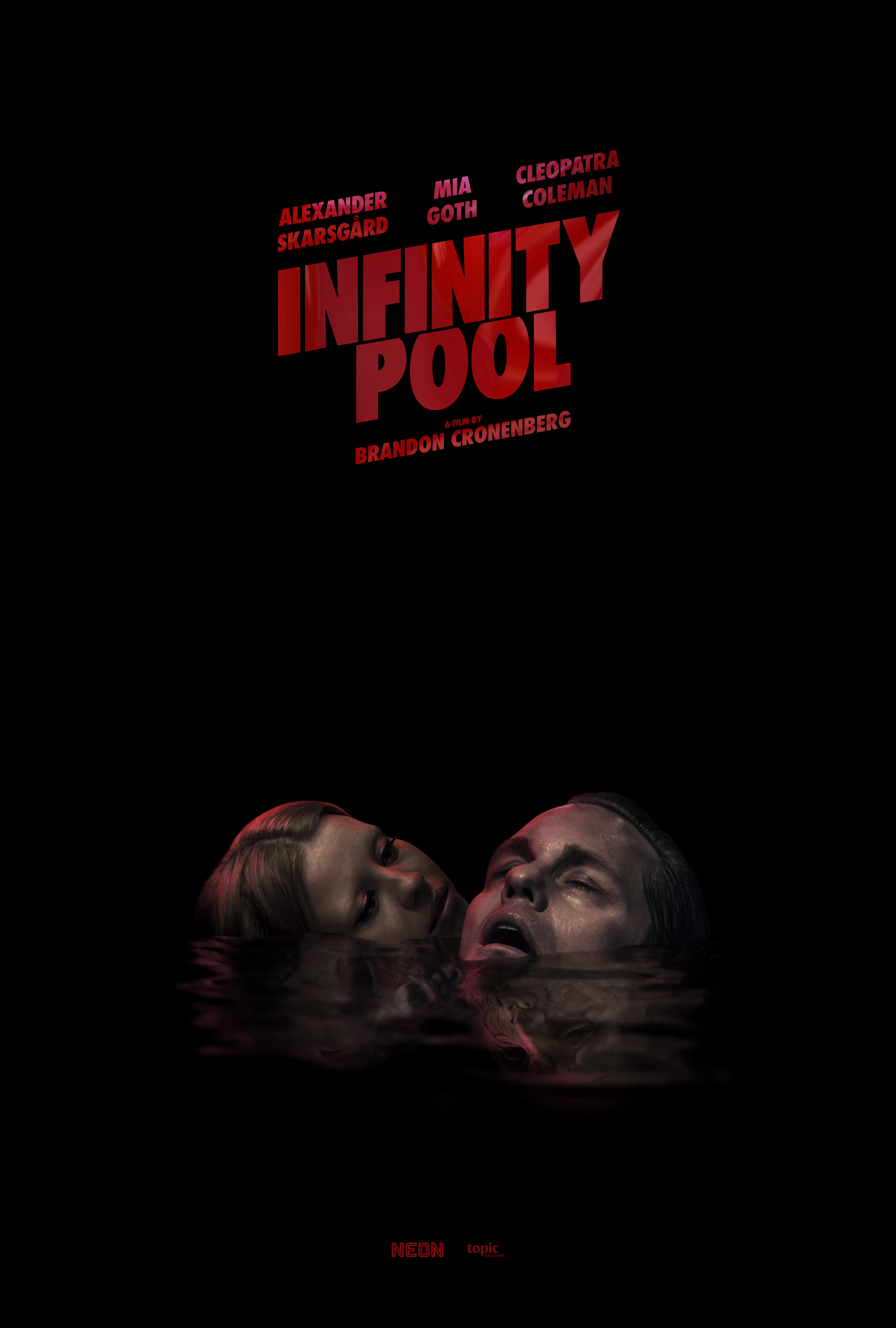 Based on the trailer for Brandon Cronenberg’s new science-fiction horror movie, Infinity Pool, audiences will undoubtedly be intrigued. In the upcoming film, Alexander Skarsgård and Cleopatra Coleman play a couple embarking on a fun getaway on an isolated island in Li Tolqa. Once they arrive, they are welcomed by the staff and a seductive woman named Gabi (Mia Goth). After traveling outside of the resort, things take a turn for the absolute worst. Following a horrible accident, the couple finds themselves labeled guilty with no choice but to face punishment for the crime. However, the punishments are unlike anything they’ve ever endured before: either face execution or if they have the money, they can watch themselves die.

Since breaking out into the acting world in 2013, Mia Goth has appeared in several horror movies. In 2022 alone, the British actress starred in X and Pearl. The 29-year-old actress is also set to star in the upcoming sequel to X, MaXXXine. Her other starring roles in horror movies include A Cure for Wellness, Marrowbone, and Suspiria.

Based on the movie’s premise, audiences will likely have to watch for themselves to grasp the story and understand Cronenberg’s vision fully. Lucky for horror fans in the United States, Infinity Pools will soon be released on January 27, 2023.