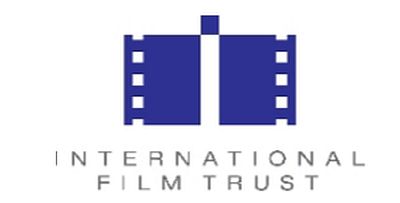 Entertainment News on May 16, 2016 0Likes At The Movies
ShareTwitterFacebookInstagram

Preparing for the revival of a hit Broadway show towards the end of a celebrated career, actress Melody Harper (Patricia Clarkson) is, for the first time in her life, uncertain and afraid. Struggling with the crushing possibility that her best years may be behind her, she quickly starts losing her grasp on reality as she experiences vivid memories of her younger self (Elizabeth Olsen). The budding romance with recent widower, Jay (Chris Cooper), is brought to a halt when her younger ex, Andrew, re-enters her life. As her past, and the secrets it holds, continue to haunt her, Melody finds herself at a crossroads and is forced to confront her demons – both real and imagined.  Isabel said “This is my personal homage to the magnificent, complex and layered world of actresses, and the real women behind them.”

Sam Kressner wrote the screenplay. Daniel Dreifuss (Academy Award® nominated ’No’ for Best Foreign Language Film of the Year) is producing the film. Garrett Weaver, who brought the project to Daniel to producer is currently attached as an Executive Producer.

Daniel Dreifuss said, “Isabel is a brilliant actor’s director, in particular female actors. Additionally, she combines subtlety with emotional impact and visual style. We set out to craft a lead role we don’t see every day, which would honor and complement a woman full of complexity and maturity of emotion. This is a role Patricia’s immense talent so richly deserves. We explore the idea of a woman who has lived every identity on stage and is left without a clear identity of her own; and how she perceives herself versus the perception the world has of her. Many women and men today have these conflicts in their lives as well, juggling professional and personal demands and appearances and, at some point, lose track of their self and it can be an empty place. We have the opportunity to start anew and as more authentic and truer self”.