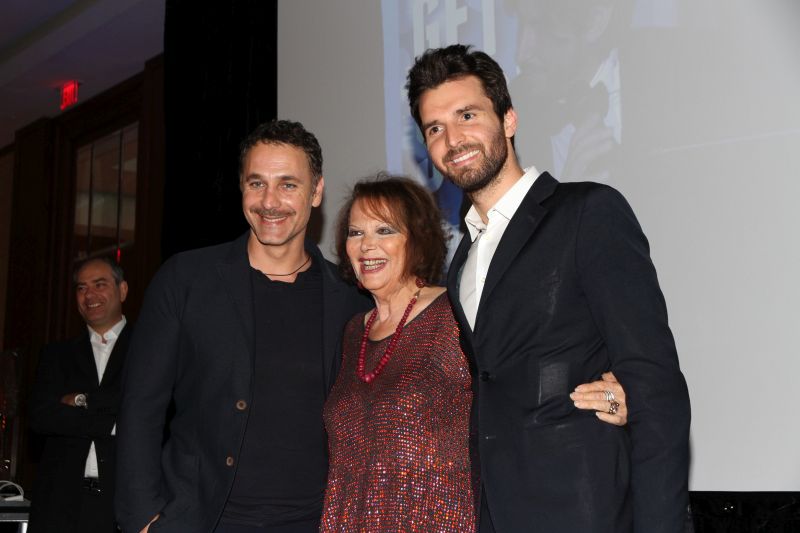 Entertainment News on June 22, 2016 0Likes At The Movies
ShareTwitterFacebookInstagram

Canada crowns Claudia Cardinale during the closing ceremony of the Italian Contemporary Film Festival presented by IC Savings. Ms. Cardinale won the Lifetime Achievement Award, the festival’s highest honour. Past winners of this recognition include Roberto Benigni, Al Pacino and Carlo Verdone. Audiences were treated to a grand gala at Toronto’s Bell Lightbox, where Ms. Cardinale’s latest film, “All Roads lead to Rome,” was presented. During the ceremony, the legendary actress was given a hearty standing ovation.

“I don’t know how many films I made – 130 or 140,” said Cardinale, holding the award created by sculptor Silvio Mastrodascio. “Cinema gave me the opportunity to live many lives. This was amazing to me and has spurred me to continue pursuing this profession. In this film I had the chance to play Raoul Bova’s mother. It was truly a special experience.”

At the Ritz-Carlton Hotel, upon receiving the best actor at the ICFF 2016, Raoul Bova replied to Cardinale’s comment. “I’m very excited about this award given to me by the Festival, especially since it is for a film that saw me work with this wonder, this force of nature, Claudia Cardinale.” The Roman actor also came to Canada to present Rewind and Reboot, the latest film from director Carlo Vanzina.

The winners of the People’s Choice Award were director Gennaro Nunziante and Checco Zalone. Their film, “Quo vado?” won the prestigious prize, confirming the fact that their comedy was successful with an international audience. The comedic duo won over a large portion of the Italian-Canadian audience. “We received a wonderful welcome,” said Checco Zalone. “The Italians in Canada have not stopped being Italian.” Director Gennaro Nunziante also expressed satisfaction: “It’s great to be here at the Festival. We’ve been welcomed by many fellow Italians who continue to believe – as we do – that Italian culture represents something important for the whole world.

The IC Savings Award for best Canadian Film went to Andrea Iervolino, whose tireless work as an Italian Canadian film producer were duly recognized. Mr. Iervolino, along with Ms. Monika Bacardi, founded AMBI/AIC and represents a veritable bridge between Italy and North American in the field of film production and distribution.

The Toronto Film Critics’ Association awarded their prize to “They called me Jeeg Robot,” by Gabriele Mainetti. The prize was announced to the public by Thom Ernst, representing the Jury, during the Festival’s closing ceremony at the prestigious TIFF Bell Lightbox. The award for best short went to “Resce la Lune,” by Giulia Di Battista and Gloria Kurkik, while the Best Picture award at the ICFF Junior was conferred to Gabriele Salvatores’ “The Invisible Boy.”