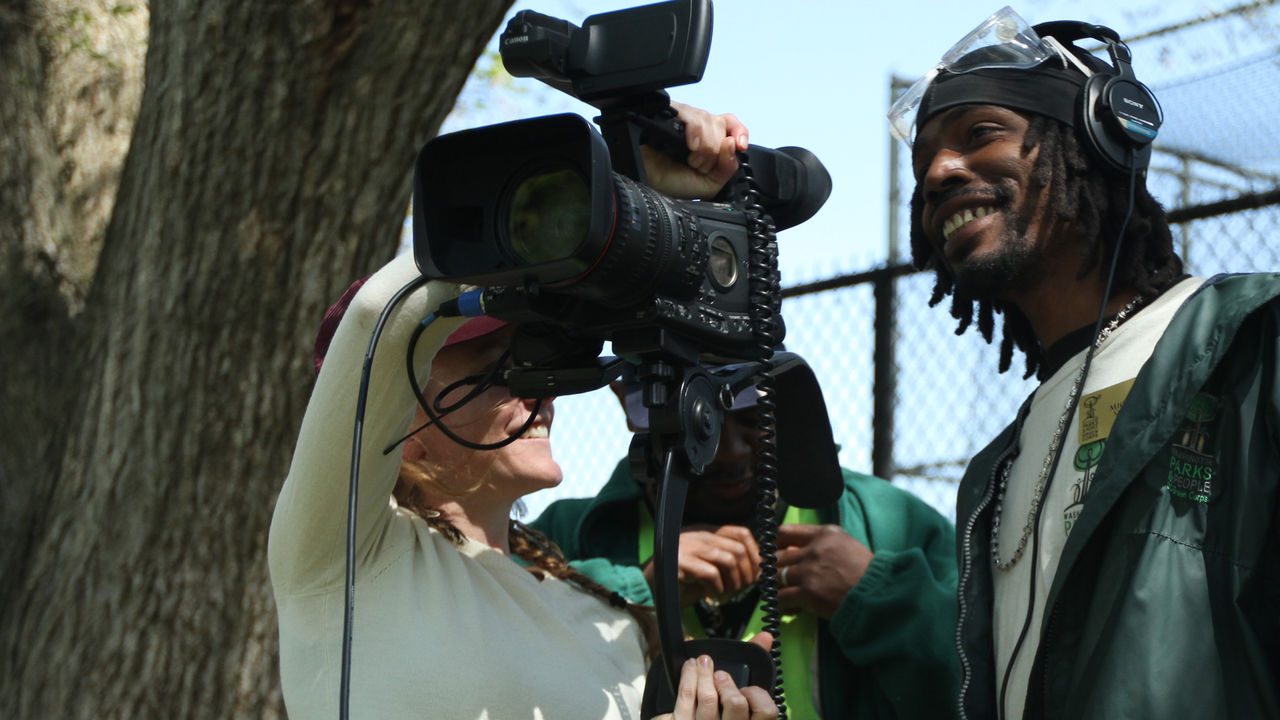 Entertainment News on December 16, 2017 0Likes At The Movies
ShareTwitterFacebookInstagram

Lance Kramer was the producer of “City of Trees,” a documentary about three men working in Washington, D.C. to help make this city’s urban forestry and environment become better. The film also follows the life of the directors and how they helped capture the transformation. After the three workers lost their jobs, they must find ways to support themselves. Additionally, this film circles around a time where there was a lot of needs for the community environmentally and socially, and explores how people dealt with the needs.

ATM: Take a moment to tell us about your film ‘City of Trees.’

City of Trees is a documentary that follows the stories of three men who were employed through a job training program for people who have been out of work. The job training involves them helping DC’s urban forestry in certain neighborhoods and planting. The film follows the directors of the program and community leaders as everyone tries to navigate this moment where there were a lot of profound needs to make a change in the community.

ATM: In the film, Michael seemed to hesitate when applying for the federal government job because he knew because of his past it would not get looked at. Do you think it is unfair for society to limit ex-convicts who honestly want a second chance at earning government or federal jobs?

Lance Kramer: Yes, and I do not think it is just a concern. I think it is stupid. You see someone like Michael who is attractive, smart, hardworking, and has a resume. Michael did something in which he did not wish he did. He paid his debt, he did all the things by society standards, yet he still carries his prison self each day. The society or economy cannot benefit from this kind of behavior. He challenges the stereotype of ex-cons or returning residents. The stereotype of ex-convicts being tagged as lazy, not willing to work, bad people, wanting handouts and not trustworthy. These are institutional barriers that Michael faces. Additionally, his arrest becomes an asset.

ATM: If you had to put yourself in one of Charles’ or Michael’s life after finding out your pay stopped, what effect do you think it would have on you personally?

Lance Kramer: Good Question. I had that type of situation happen to me where I had a job that was funded by a grant and the grant ended and there wasn’t a continuation. When that happened to me I did not feel good about it, but I had the means to move forward and go on to take a positive next step. So, in some parts, on a personal level for making a film, my brother Brandon Kramer and I have both been in situations that had some similarities to that predicament. It ended up being the type that was not catastrophic to navigate because of the socio-economic system we have. We are respected by many people in our lives and that makes us unaware of just how hard it could have been. But I think if it was me in their shoes I would not do as well as they did because they are very much stronger than me.

ATM: Your film City of Trees also subverts the stigma that a black male that dresses in baggy clothes or chooses to wear a snapback, durag, or has braids is a threat to society. Also, that because he dresses like this he is expected to be violent and insubordinate against authority. Charles attire can make him get viewed as a thug, which he is not, but for so long society has put this idea in people’s heads. This film overturns these cultural norms and stigmas against black males in society and in America. What is your perspective?

Lance Kramer: I really appreciate that the film resonated with you in this way. To us, Charles is a hero. He is someone who wakes up every day fighting for his daughter to have a better life than he did. He’s trying to be a responsible leader in his workplace, and he’s doing everything in his power to be a positive, productive, and peaceful member of his community. When you see someone on the Metro, you never know all the things that person has going on in their life. Perhaps, based on stereotypes that exist in our society, we may draw assumptions about the people we encounter, which may or may not be true. I hope the film challenges or even subverts these stereotypes and helps remind us to see and get to know each person as an individual. That’s something I love about documentaries. Rather than generalize or stereotype, documentaries allow us to get to know someone on an intimate level and have a personal window into the complexities of their lives.

ATM: What were ways through which you did not let your white privilege get in the way of the ideal message of the film?

Lance Kramer: We tried to allow ourselves to be challenged by a lot of different people. Along the way, we had 85 rough screenings. We brought in all kinds of people, filmmakers, activists, friends, family, community members, and workshops in other cities. We had a lot of different people watching while in progress. We never wanted people to tell us about how to make the film, but we were curious in trying to understand our blind spot. A lot of times we get feedback, it was hard because you would think you had done this already and realize if there was something you missed.

ATM: Before you gained a relationship with the members in the film seeing how they lived, did you self-consciously for any moment feel lucky because of your white privilege. Almost like you dodged a bullet because of your life. Did you feel lucky or grateful about having grown up in a more privileged family or lifestyle?

Lance Kramer: That’s a good question. I can say a lot about that. I could not ask for better parents. Every day I feel grateful for my family. My grandfathers are still alive. I have a large extended family, food on the table, car to drive, safe community to live in, good friends, books, cute dog, all the good things of life. I took these things for granted while growing up. Today, I am little more conscious, but I still take it for granted. Does it make me feel guilty, well, that’s another question.

Lance Kramer: Yes, because I think that sometimes you feel guilty. Sometimes you are like that’s not right, I don’t deserve this, this is my own attitude toward that type of dynamics if given more certain privileges in this world. Listen, I am not a multi-millionaire lying in a mega mansion, I am not a Wall Street executive but the privileges I do have make me feel guilty.

ATM: Do you think the bad effects of D.C. will stop overshadowing the parts and the people in this city that try to do better?

Lance Kramer: Good Question. I hope the positive story helps. We were going through a really hard time. If I had an answer to shift this paradigm, I would be spending every living minute to solve it. I don’t have an answer. I’m curious now that we have talked for a long time, what are your impressions of the film?

ATM: Usually in documentaries when they are filming about struggles we always prefigure the ending. For example, mostly in films in Charles’ situation, we would say “Oh, Charles is going to be okay.” You and your brother let us see the reality of it. There is a stigma in D.C. and other parts of black neighborhoods in America that police do not come to these places, whereas, in a white neighborhood they would come faster. So, Michael not wanting to call the police because there is a disconnect between whites and blacks.

ATM: When you and your brother got the opportunity to have your film aired on PBS and streamed on Netflix, did you become sensitive to how people would view it?

Lance Kramer: It’s kind of a wild feeling to know someone halfway across the country might be channel-surfing and come across the film and we’d never know about it. As the film had wider exposure on PBS/WORLD, and then eventually on places like Netflix, we wanted to make sure that everyone in the film would be comfortable with the release.

ATM: How did you feel about letting a project you were passionate about become a part of mainstream television?

Lance Kramer: City of Trees was a challenging film to distribute. It’s a movie that attempts to dive deeply into hard aspects of life. We tried to let the film represent complicated and complex issues without forcing the story to tie a bow around every loose end. The film doesn’t have any famous people in it or any stories ripped from the headlines. We were extremely grateful that a film like City of Trees was able to make its way into more mainstream media platforms — like PBS and Netflix.

ATM: Thanks for talking with ATM.

Lance: You are welcome.